Best Free Attractions to Do and See in Prague

Prague is full of free attractions and many hotspots are free! One of them is the astronomical clock. Even if you have never been to Prague, you will know what this clock looks like because it adorns many Christmas or New Year cards. Go on a discovery tour in Prague during your city trip and you will notice how wallet-friendly the city is. During your weekend in Prague you will be amazed how much there is to see without spending any money at all. Here is a list of the best free things in Prague that you should have seen during your city trip to Prague. 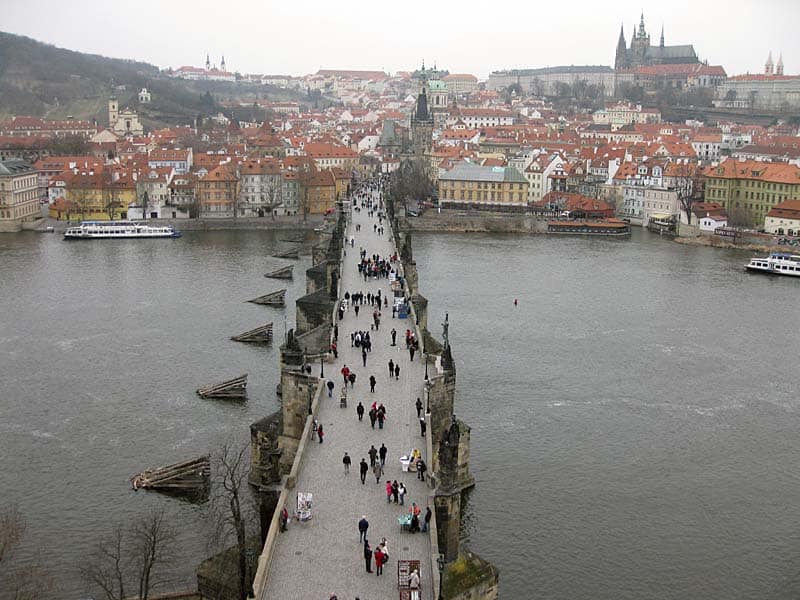 Charles Bridge, Karluv Most, is an icon and one of the free things to do in Prague, perhaps a bit cliché but you must have strolled across this bridge at least once. Be sure to stop of John of Nepomuk (the eighth statue on your right when you walk towards Prague Castle). On the plinth you see a falling priest. Touching it brings luck and the assurance of returning to Prague.

Your city trip to Prague is only complete when you have not seen the astronomical clock, another free attraction. When you see a crowd of people rushing to Old Town Square just before for the hour, follow them. This is the easiest way to avoid getting lost in the winding streets of the Old City. Be careful and do not blink because the spectacle of the astronomical clock takes less than a minute. 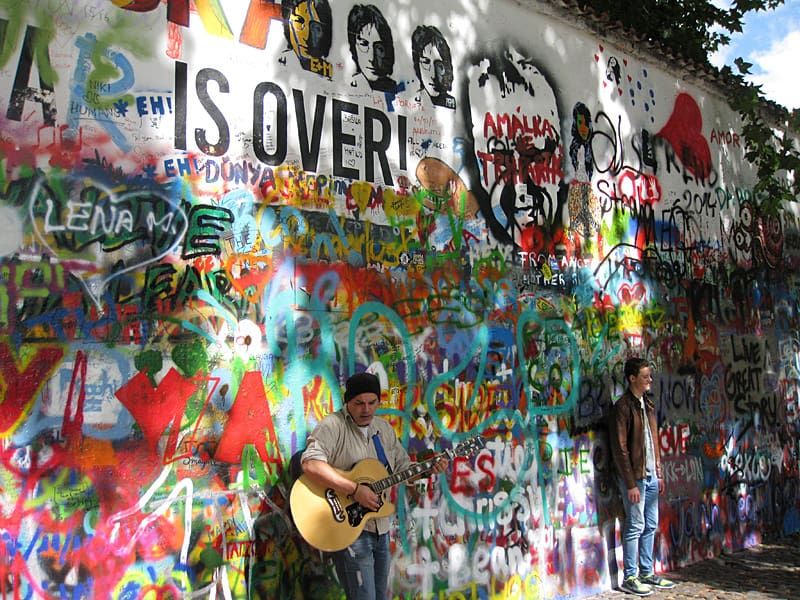 The John Lennon wall used to be a perfectly ordinary wall until the 1980s when it turned into a protest wall and covered with graffiti. The wall began as a tribute to John Lennon and developed into a protest against Communism. During the Communist regime, protesters daubed protest slogans on the wall at night and during the day the police whitewashed it again. After the Velvet Revolution in 1989, the wall became a tourist attraction. Take your spray can and write a statement, political tint or otherwise. Scrawls and paintings on this wall are completely legal. 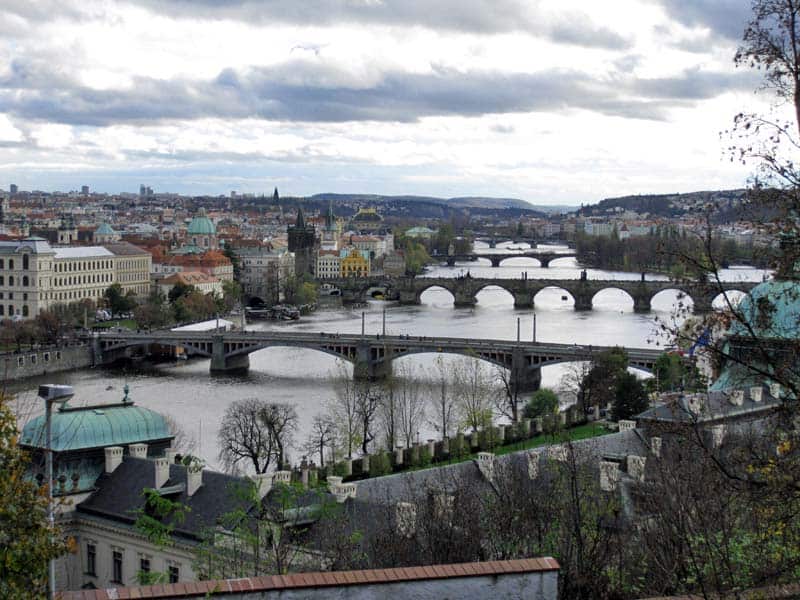 Go on a do-it-yourself walk on the Letna, one of the seven hills of Prague. Letna is a vast park with shady trees, walking paths and views over the city. From here you have the best view of the Vltava and three of its bridges. Charles Bridge is the middle one. The most striking monument on Letna is the gigantic metronome. The 30-metrer tall Stalin monument stood here once. When Stalin was accused of mass murder the monument was blown up with the help of 800 kilos of explosives. The beer garden at Letna at not a free attraction but highly recommended. Join the locals and tourist while enjoying a beer and the view. 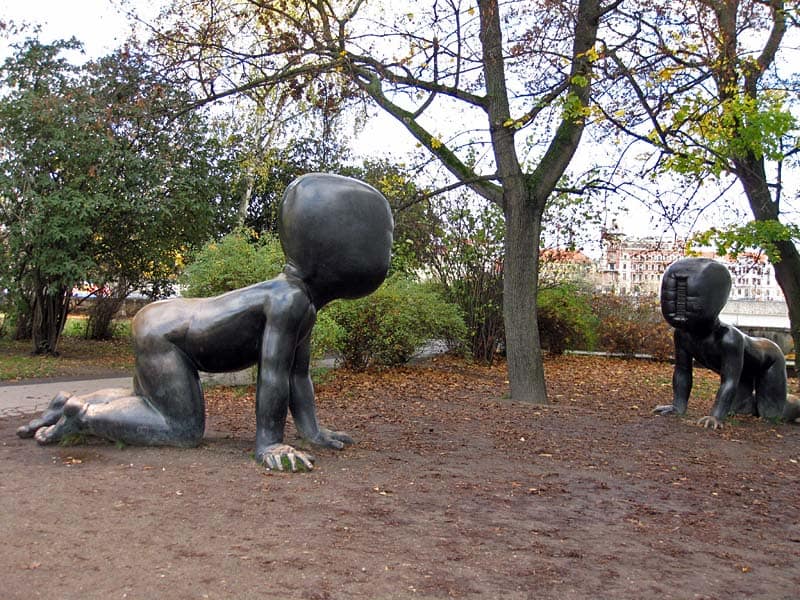 Kampa is an island in the Vltava near the Charles Bridge. The centre of Kampa is an elongated square bordered by trees and always lively. At Easter the Easter market and in December the Christmas market and in between the spring and autumn market with old crafts and lots of stalls to taste Czech specialties such as Prague ham (not free! Payment is by 100 grams and often more expensive than you had thought). You will see in front of the Kampa Museum three gigantic sculptures of crawling babies, the work of the Czech artist David Cerny. The same babies crawl up the telecommunication tower in the Vinohrady district.