Classical concert venues in Prague are the Rudolfinum and the Municipal House. Smaller concerts, often aimed at tourists take place in Prague churches. Very popular in summer is Krizik fountain, a show of music, water and light. Open-air summer concerts are held in Prague’s public gardens like Ledeburska and Wallenstein gardens. Famous orchestras are: the Czech Philharmonic Orchestra and FOK the Prague Symphony Orchestra. The most prominent classical music festival is the Prague Spring International Music Festival which starts on May 12, the anniversary of the death of composer Bedrich Smetena 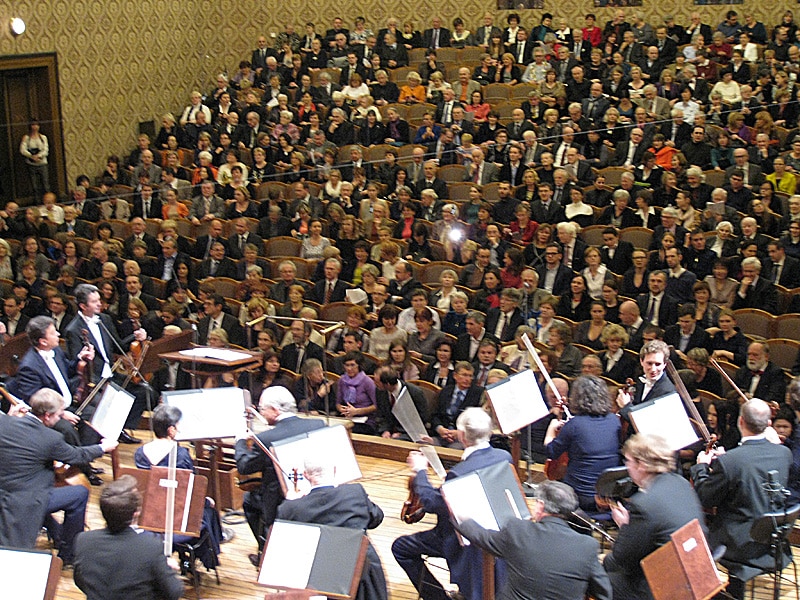 Classical concerts in concert halsl in Prague are held almost every evening. Best for tourists is the Smetana Hall in the Municipal House because the concerts here are a medley of popular classical music. During the summer months there are fewer performances in the Rudolfinum concert hall.

1. Rudolfinum, Alsovo nabrezi 12
The Rudolfinum has two concert halls: the Dvorak Hall and the Suk Hall. The Czech Philharmonic Orchestra performs here regularly. Getting tickets for the Dvorak Hall may be difficult because tickets are sold to subscription members and only few free seats are left. Yet, it is worth going to the box office to see if any places are left. Getting tickets for the Suk Hall is easier, but the hall seats only 192 people.

2. Municipal House, Smetana Concert Hall, Namesti Republiky 5
The Smetana concert hall is in the Municipal House. It is the home base of FOK, the Prague Symphony Orchestra. This is the official orchestra of the city of Prague. Getting tickets is easy. Outside the entrance you will find people handing out flyers with that evening’s programme, usually a potpourri of tunes of various popular composers.

3. Klementinum, Marianske namesti 5
The Mirror Chapel of Klementinum has an opulent interior all marble and frescoes with mirrors along its walls; the perfect venue for a classical concert. Listen to Mozart’s works in the hall where he himself played the organ. 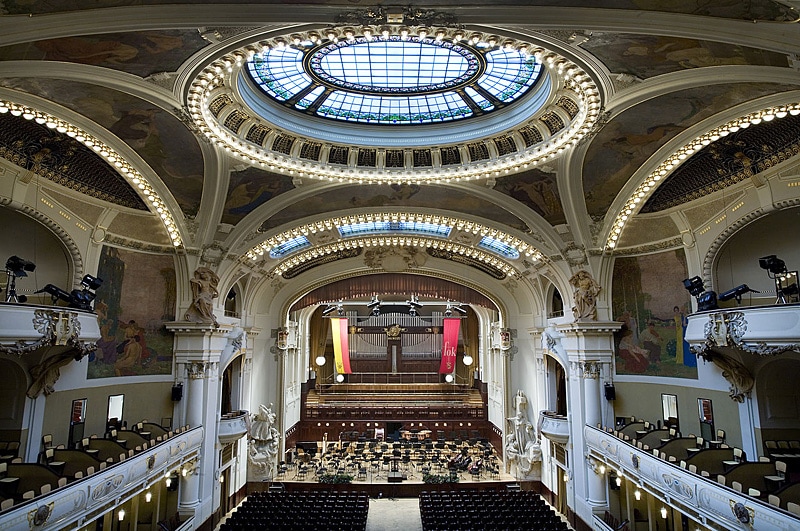 Churches have good acoustics that is why many classical concerts are held in churches. It is an opportunity to see both the interior of the church and listen to a concert. Be sure to take an extra layer of clothing because although the churches are heated, they do not get very warm.

2. St Nicolas Church, Old Town Square
Classical music concerts are popular for the fine acoustics here. You will hear works by Vivaldi, Mozart and Dvorak. The interior of the church features trompe-l’œil paintings and a copy of an eighteenth-century church organ richly decorated with floral trimmings and angels.

Two Prague museums stage classical concerts. Be sure to visit the museum before or after the concert.

1. Villa Amerika Dvorak Museum, Ke Karlovu 20
The concert is held in the music salon of the villa. The musicians dressed in period costumes will perform arias and duets compose by Antonin Dvorak. The 80-minute concerts are from May to October on Tuesday and Friday.

2. Museum of Music, Karmelitska 4
The museum exhibits a unique collection of musical instruments and includes the piano on which Mozart played. Combine a visit to the museum with listening to one of the many classical concerts presented throughout the year. 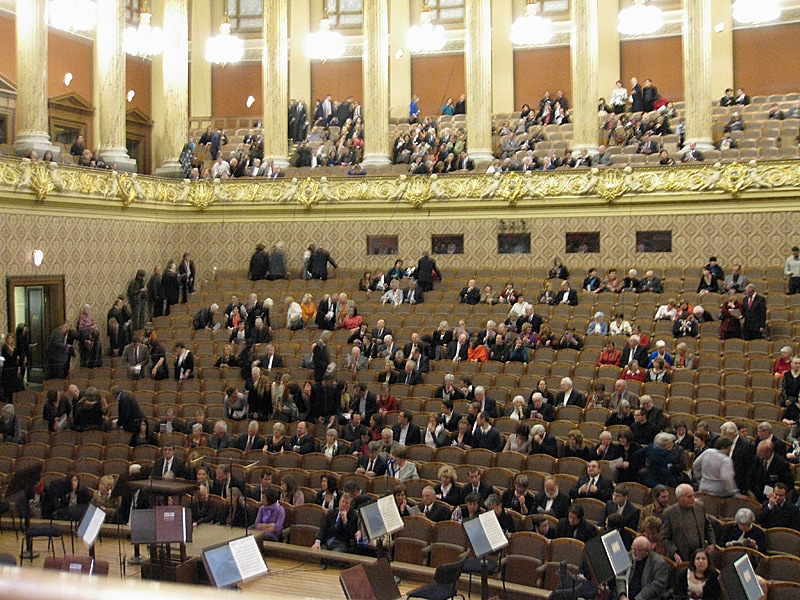 1. Lobkowicz Palace, in the castle grounds
Treat yourself to a one-hour classical music lunch concert featuring Bach, Vivaldi, Smetana and Dvorak. The concert hall is beautifully decorated and be sure to look up at the painted ceiling dating back to the seventeenth century. Tip: buy a package which includes a tour of Lobkowicz Palace and the concert.

2. Café Mozart, Old Town Square 22
Combine a classical concerts performed by the Mozart quartet, each member dressed in period costume, and a delicious dinner and a glass of sparkling wine as a welcome drink. Bonus: the café offers the best view of the astronomical clock.

3. Krizik Fountain, u Vystaviste 2
Krizik Fountain or dancing fountain is a musical show of water and light effects. It is an open-air performance that combines music and colourful water jets. Performances take place every evening in summer.

Ledeburg Gardens, Maltese Gardens, Wallenstein Palace Garden, Garden Na Valech and Vysehrad Gardens are venues for open-air summer concerts. These concerts are often without charge. Go to the Tourist Information Office at Old Town Square, next to the astronomical clock to get the programmes and dates.

This annual music festival ranks among the biggest musical event in Czechia. It opens on 12 May, the anniversary of the composer Bedrich Smetana’s death, with a performance of My Vlast (my homeland), a set of six symphonic poems and ends with Beethoven’s symphony No. 9. The festival runs until early June. The world’s best musicians, symphony orchestras and chamber music ensembles gather in Prague to perform in the Rudolfinum Concert Hall and the Smetana Hall in the Municipal House. The first Prague Spring Festival marked the end of World War II and since then the festival attracts first-class performers and their fans. Equally famous is the Strings of Autumn, a festival of jazz, hip-hop and electronica.

Click here to get your tickets for concert in Prague