Family museums will entertain children and parents alike. Prague is a very child-friendly city and the perfect destination for the whole family. One of the highlights is the mirror maze. It is fun to see how young and old keep making mistakes and bump into mirrors mistaken for passageways. The model trains in Kralovstvi-Zeleznic, the Train Kingdom, stop at level crossing and run according to schedule. Stand face to face with a crocodile or turn your senses upside down in the Museum of Senses. When you have done enough things indoors, go to Gutovka skate park, climbing centre and playground. 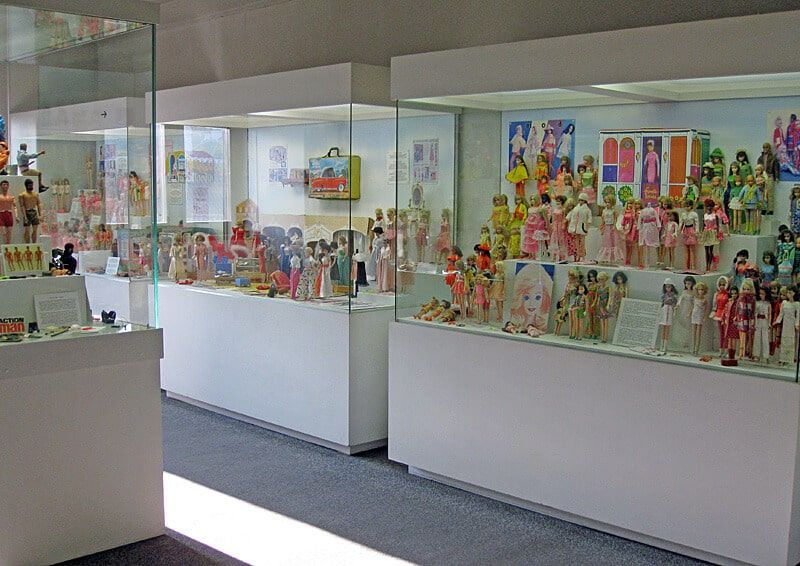 The two Family museums in the Hradcany district can easily be visited together in one morning or afternoon. The Miniature Museum is quite small: the exhibits are in one large room. The Toy Museum comprises seven rooms brimful with toys displayed in glass cases.

1. Toy Museum, Jirska 4, Hradcany, Prague
The second largest toy museum in the world with an impressive collection of European and American toys ranging from tin soldiers to Barbie dolls dressed in haute couture outfits. Wild animals populate the zoos and domestic animals the farms. Doll’s houses show how the middle-class lived and what their houses looked like.

2. Miniature Museum, Strahovske nadvori 11, Hradcany, Prague
All the exhibits are so small that you have to examine them through a microscope. Micro-sized masterpieces by Leonardo da Vinci, Salvador Dali and Rembrandt, a 3.2 mm Eiffel Tower, a camel caravan and also the world’s smallest book 0.9 x 0.9 mm with thirty pages and three illustrations. Everything is made by Anatoly Konyenko who specializes in making instruments for microsurgery. 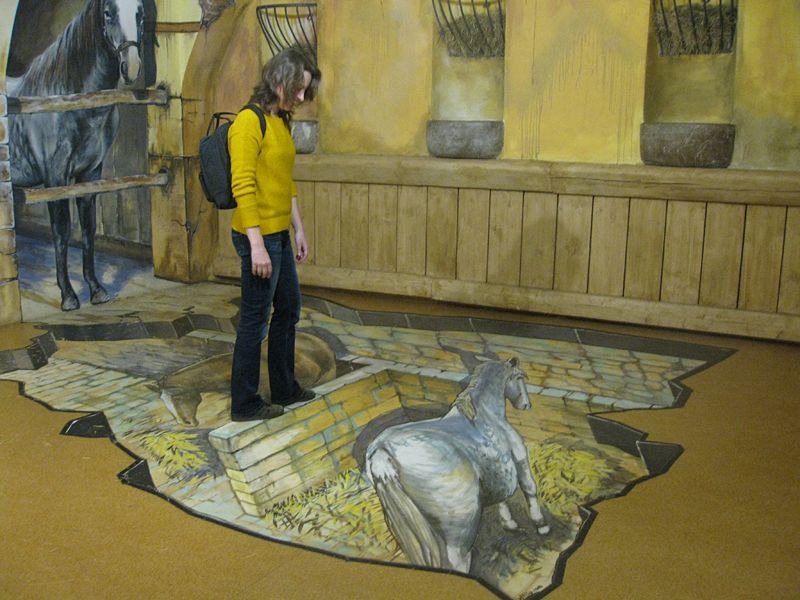 1. Museum of Senses, Jindrisska 20, Nove Mesto, Prague
You soon realize that in the Museum of Senses: appearances are deceptive. Your senses are completely topsy-turvy. There are about fifty different installations that will test your senses. Very special is the bathroom where everything hangs upside down and in another room the floor seems to slope down. Finally, lie down on a bed of nails for a very special experience.

2. LEGO museum, Narodni 31, Nove Mesto, Prague
This is the largest LEGO Museum in the Czech Republic. The exhibition traces the history of the LEGO brick shown in 3000 models. Having seen all the models, children play with LEGO and can make their own constructions at three long tables full of building bricks. Finally, you walk out through the store. 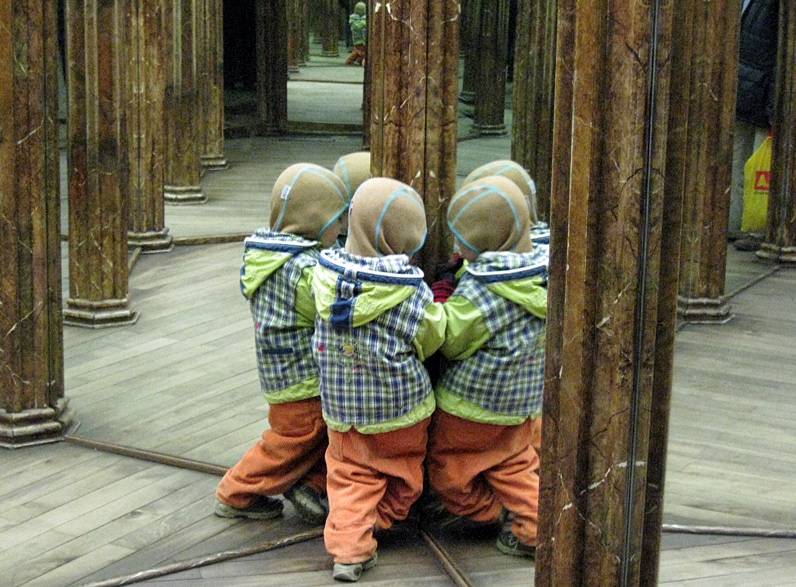 One family-friendly museum in Mala Strana (Lesser Side) district

Part of the fun is taking the funicular to the top of Petrin Hill. After visiting the Mirror Maze, be sure to climb the look-out tower, a miniature version of the Eiffel Tower in Paris.

1. Mirror Maze (Bludiste), Petrinsky Sady, Mala Strana, Prague
The funicular will takes you to the top of Petrin Hill. The mirror maze is next to the mini Eiffel Tower. Make your way through the maze without bumping into mirrors, but that’s difficult. At the end there is a room with distorting mirrors. 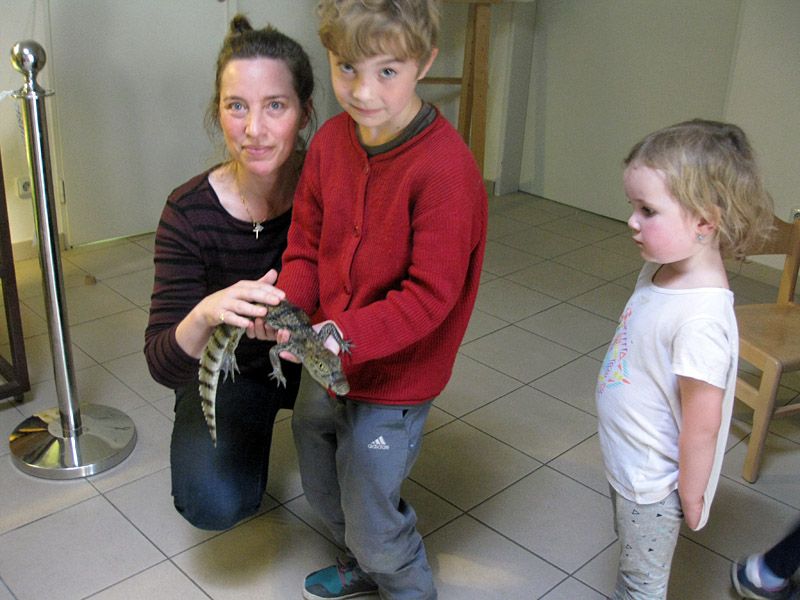 Three museums in the Holesovice district

The Holesovice district is to the north of Prague centre and sandwiched between two large parks. All three museums are truly family museums. Sea World and Crocodile Zoo can easily be visited on the same day.

1. Sea World, Vystaviste, Holesovice, Prague
Meet the sand shark, one of the most fearful creatures in the world but not dangerous when seen from behind a glass partition. Come at feeding time when the sharks swallow small fish, their favourite meal. Special lighting effects simulate day and night. The giant aquariums are home to about 4,500 fish and other sea creatures. Sea World is very child-friendly. At the entrance you take a stool so that the fish come to eye level so that young children need not be carried by their parents.

2. Crocodile Zoo, Tuserova 39, Holesovice, Prague
Stand eye to eye with a crocodile. Let your visit coincide with the feeding time of the reptiles because afterwards you can hold a crocodile in your arms. All animals are born in captivity and used to humans, so holding a crocodile is not dangerous. The zoo is very child-friendly with steps so that children can easily see all the different crocodiles.

3. Agricultural Museum, Kostelni 44, Holesovice, Prague
The Museum of Agriculture is a hands-on museum with many activities for children. They can ride around on small tractors or scramble up the climbing frames in the climbing paradise. The museum provides an overview of the history of agriculture in the Czech Republic. A complete section is dedicated to the brewing of beer. The exhibition on the third floor is all about healthy food. 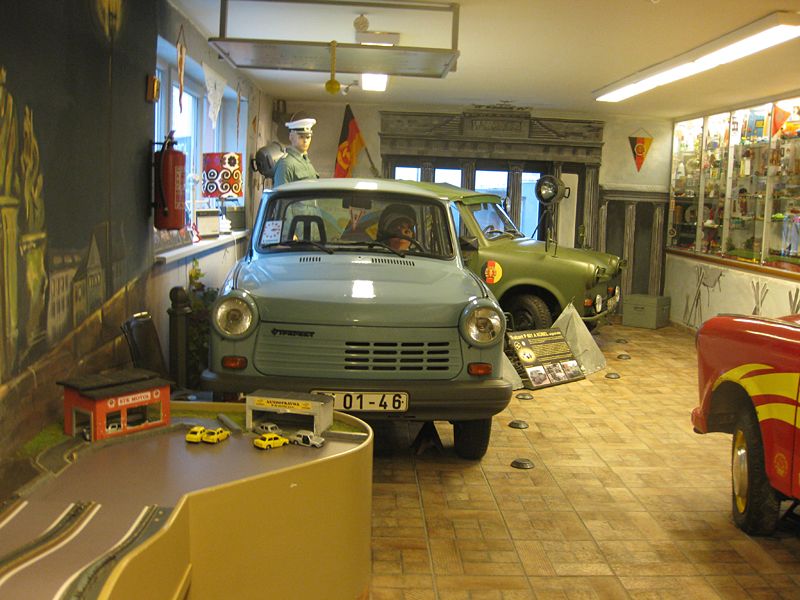 Family Museums away from the centre

Getting to the museums away from the centre involves a ride on the metro or tram. Prague public transport is fast and frequent. If you buy a public transport pass, you need not bother about getting separate tickets for each journey. Click here to see the benefits of such a card.

1. Railway Kingdom, Stroupeznickeho 23, Smichov, Prague
Hundreds of meters of track and dozens of model trains that run according to schedule and stop at stations. Model cars stop at intersections and level crossing. Trains run through the Czech Republic and stop at Prague Central Station and Karlovy Vary. Then the track winds up to Karlstejn. The landscape and the cities are clearly recognizable.

2. DinoPark Harfa, Ceskomoravska 15, Liben, Prague
The roof terrace of the Harfa Shopping Centre is home to life-sized dinosaurs. Some stand still, but others move and make roaring sounds. When you have seen enough dinosaurs, go to the 3D cinema for a very moving film about a mother and baby dinosaur.

3. Public Transport Museum, Patockova 4, Stresovice, Prague
Old and new trams are neatly lined up in the Public Transport Museum. The oldest tram on show is horse-drawn tram and the newest is the air-conditioned tram, which can be recognized by its yellow nose. If you want to know what it feels like to be on such an old-fashioned tram, take a ride on tram 41 built in the 1920s.

4. Trabant Museum Motol, Plzenska 215b, Motol, Prague
Exhibited are Trabant cars that were popular in the GDR but also in Czechoslovakia. The showpiece is a Trabant camper. Broken Trabant cars were chopped in half. The rear part got a lid and a tow bar and was used as a camping trailer.

5. Gutovka, Areal ZS Gutova 39, Prague 10, Strasnice
Gutovka is perfect for all ages: skate park, a climbing wall, water park and a restaurant. Splash with water and at the same time learn how to transport water upwards. The large playground invites to climbing and scrambling. Very young children play in the sand. The restaurant has a view of the playground and is the perfect place for a refreshing beer and a light meal.

6. The World of Jellyfish, na Pankraci 86, Pankrac, Prague
On the roof of the Arkady Pankrac shopping centre, you will find the largest spherical aquarium in Europe. There are 38 smaller aquariums where more than 10,000 jellyfish of all sizes swim around. It feels as if you are under water, a feeling enhanced by 3D visuals and audiovisual effects.