Stand eye in eye with a life-size Dinosaurs in DinoPark Harfa in Prague- a unique and amusing experience also for adults. These giant prehistoric animals may be a bit scary for very young children that’s why the Dino Park includes a playground for the little kids. The A 3D movies in which the film star is a dinosaur is included in the entrance price.

The DinoPark in Prague is home to life-size models of dinosaurs. Some of them roar and move as if they were alive. They cannot set one foot in front of the other because they are safely secured to terra firma. Yet, when visitors are walking around the park it seems as if they are ready to jump on to them. DinoPark is located on the roof of Shopping Centre Galerie Harfa. 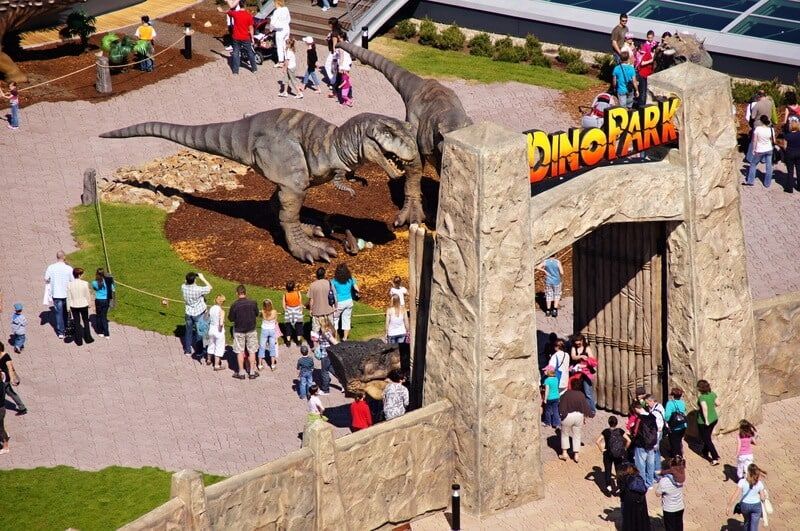 The movie theater shows the film: Giganotosaurus. A mother Dino hatches her egg and a beautiful baby Dino is born. A big predator kills the mother and sometime later the young Dino is also attacked. The film is shown in 3D Movie Theater on the second floor of Galerie Harfa and right behind the DinoShop with dinos in all shapes, sizes and material.

Unique in the DinoPark is the Wollemi Pine, a prehistoric pine tree that was growing on our planet 175 million years ago. In 1994 it was discovered in the wilderness of Australia and only 39 specimens can still be found there, and the one in the DinoPark 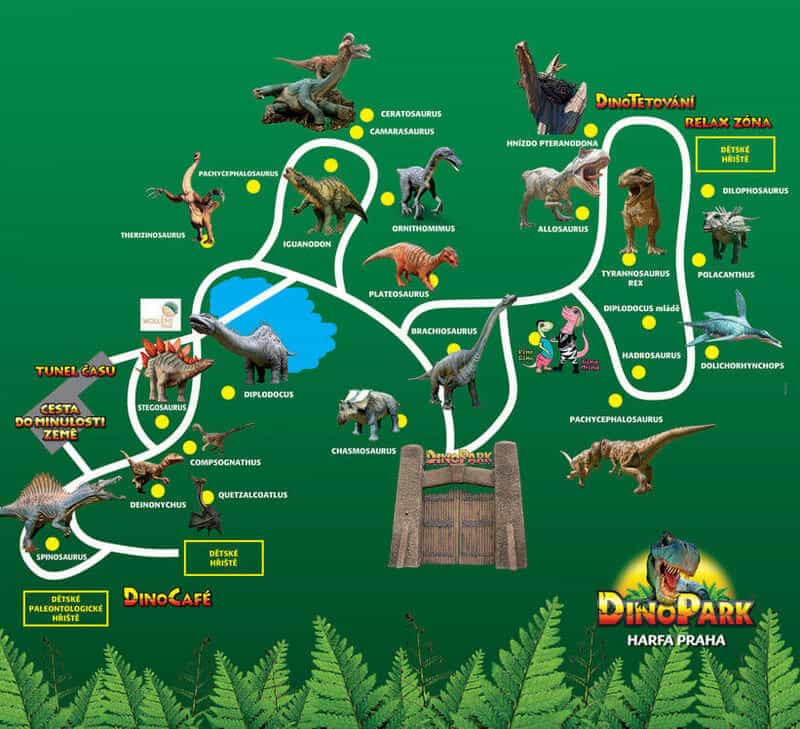