Trabant Museum Motol presents nostalgia at its best. The Trabi, as the car was often referred to, was made in former East Germany and popular all over former Eastern Bloc countries. Anyone in those countries who could afford a Trabi wanted one. Buying a car was not easy. The buyer had to save enough money then he was put on a waiting-list, often more than ten years.

The exhibited cars in the museum are well-preserved and in their original state. Visitors will also see a fully equipped Trabant garage. They can sit behind the wheel and experience the feel of this tiny car. Everyday objects from the GDR (German Democratic Republic), from toys to electronics, are on display in a showcase. Children (and their fathers) will like to race Trabant model race cars on the mini racetrack.

The Trabant Museum Motol exhibits several different models: the P70 from the 1950s, the P60 and 601 with a two-stroke engine. The Trabant 1.1 the last model produced in the 1980s to 1990s had a four-stroke engine. The Trabant Kübel P601A was used to patrol the border between East Germany and West Germany. Trabant camping equipment looks amusing. Damaged cars were cut into half so that the rear parts were covered and used as a camping trailers. In front of the museum there are even more Trabis, some in top-notch conditions others in the state of neglect.

Trabis were produced from 1957 to 1991. After the fall of the Berlin Wall, this very popular car could no longer compete with Western cars. This was probably no wonder because Trabis had no fuel gauge, no direction indicator, no brake lights and certainly no air-conditioning. Their maximum speed was only 62 miles (95 km) per hour.

How does the Trabi work?

The Trabi was powered by an air-cooled two-cylinder two-stroke engine with 500 cc capacity. The top speed was about 62 miles (95 km) per hour. The car was available in a standard version and a two-colour luxury version. A three-colour luxury version was also available but only for a limited time. The body of the car is made of metal, but the mudguards, doors, roof, hood and boot lid were made of Duroplast, a plastic obtained from cotton fibers mixed with resin. There was a lack of steel in the East Bloc due to a trade embargo imposed by the West. On the other hand, the Soviet Union had a surplus of cotton fibers and the GDR had sufficient resin extracted from brown coal and so Duroplast could easily be produced. 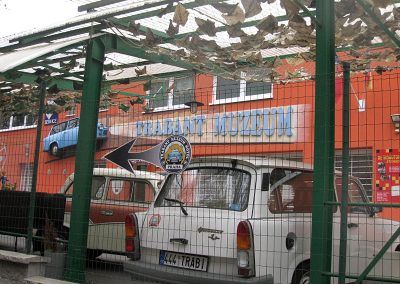 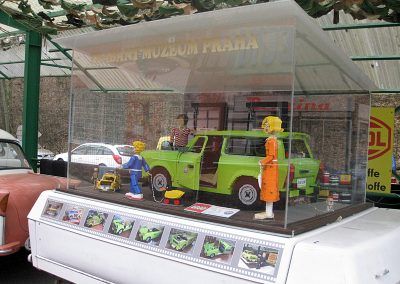 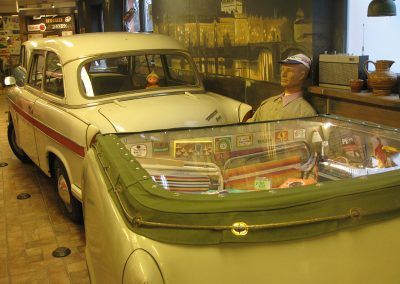 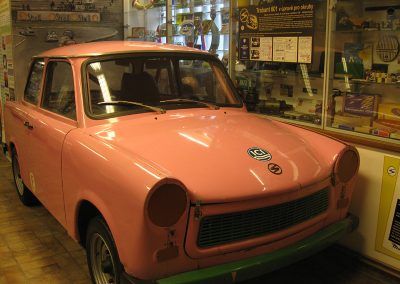 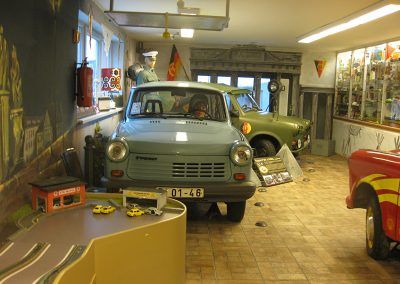 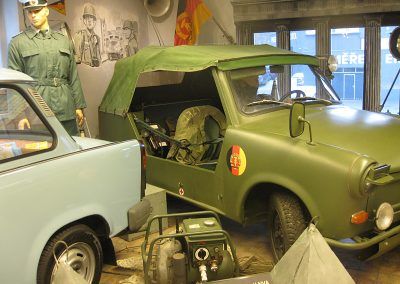 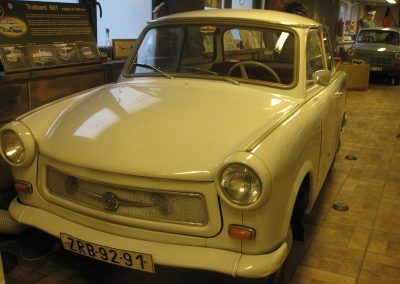 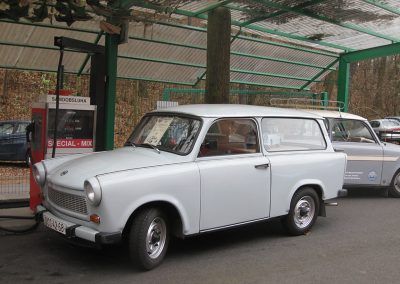 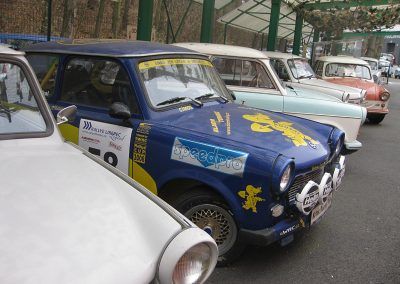 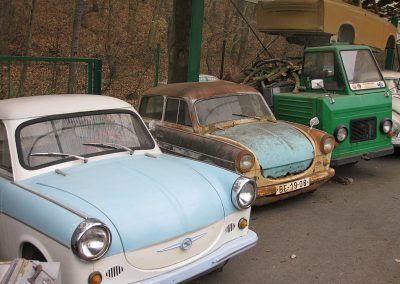 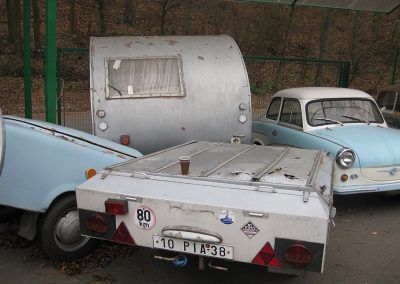 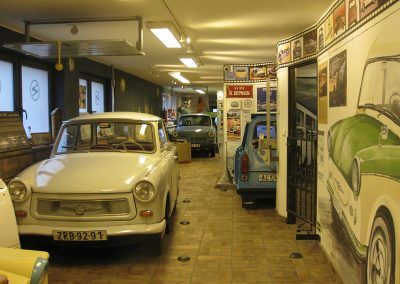