Model train restaurant where your drinks are transported to your table on a freight train of a model train! The Vytopna Restaurant in Prague is an absolute must-go and must-see for anyone who likes model trains. Playing with the trains is not possible but children can run along the track and follow the trains laden with drinks to the tables.

The train tracks pass through tunnels, over bridges, past rock formations and woods before the train pulls into the station. The model trains are running at speeds of 20 kilometers per hour and bring the drinks ordered to your table. Success guaranteed! 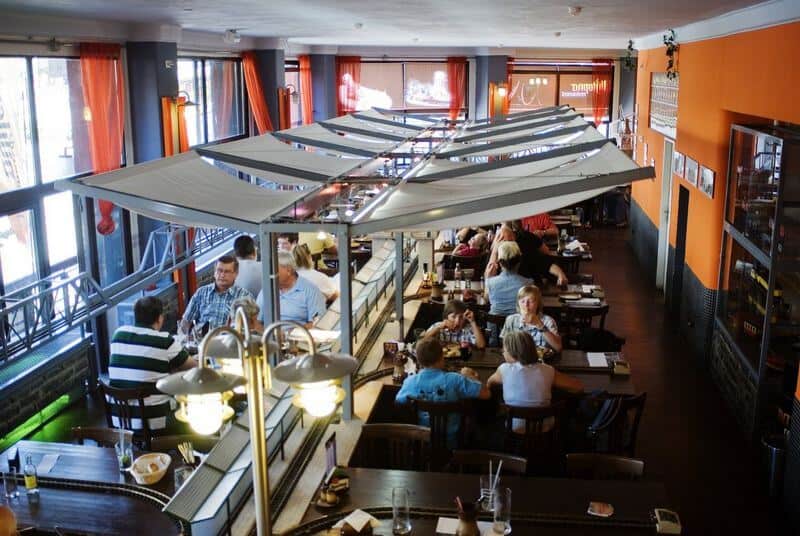 No Collisions in the Model Train Restaurant

The busier the restaurant, the busier the tracks and it is a constant coming and going of trains: locs, freight trains, passenger trains and also Thomas the Tank Engine. No collision because of the ATS system.

The menu includes various kinds of pizzas and Czech fare such as cheese schnitzel with mashed potatoes. Vytopna has special children’s menus: 22 cm pizza with ham, chicken nuggets with fries or pasta with turkey and cheese sauce. 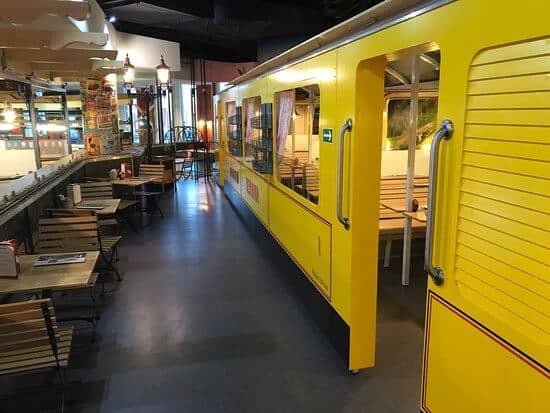 Vytopna has two restaurants in Prague, one at Wenceslas Square and other in the Palladium Shopping Centre. The railway system at the Wenceslas Square restaurant is more elaborate and more expensive than in Vytopna in Palladium where train track and also the food are simpler. 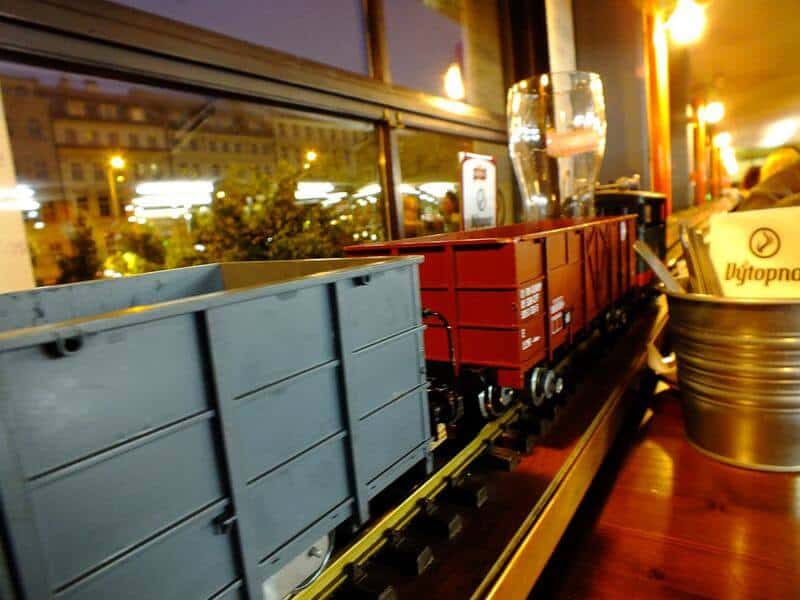