The Czech Republic is a euro country without the euro. You pay in Czech crowns (Koruna), abbreviated to Kč or CZK. You will find ATM’s and money exchange offices everywhere in Prague. Some shops, restaurants and hotels accept Euros but their exchange rates are not always favourable. ‘No Commission’ means unfavourable rate of exchange.Most hotels, most large supermarkets (like Albert supermarket), souvenir shops and many restaurants and hotels take credit cards as does public transport. Many local shops, cafés, bars and clubs do not accept credit cards. Cash is still king in Prague. 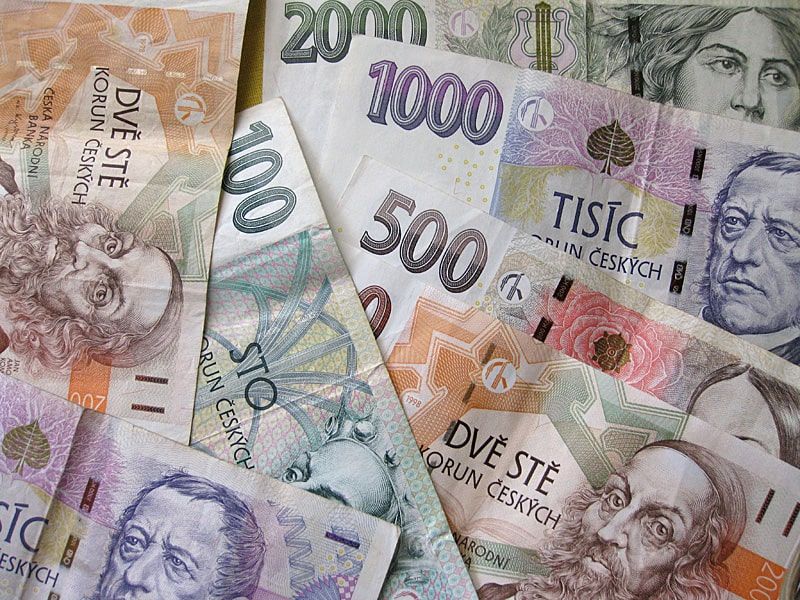 Money exchange offices and ATMs are everywhere in Prague centre. Czech banknotes are issued in the following denominations: bank notes 100, 200, 500, 1000, 2000 and 5000 CZK and coins 1, 2, 5, 10, 20 and 50. The exchange rate for 1000 CZK is €36, $40 or £30. When exchanging euros, pound sterling or dollars into crowns it is most important to compare the exchange rates at the various Exchange Offices. Be aware that 0% commission doesn’t mean that the exchange rate is in your favour, neither do banks always give good rates. Remember the closer you are to the centre of Prague the lower the rate of exchange. 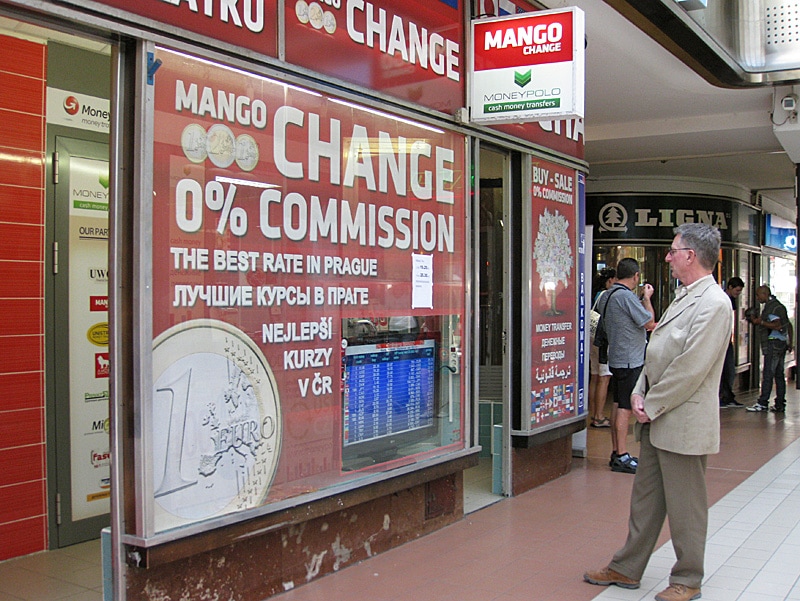 Of course, ATM companies have to make money. They do this by offering ‘Dynamic Currency Conversion’, which means that the withdrawal amount is converted to your own currency when you withdraw money in Prague (or anywhere else abroad).

The ATM screen will show: ‘conversion to your home currency’, but it may also say ‘with or without conversion’.

It is only logical that if the money in your account is in one currency and the money from the ATM is another currency, a conversion will take place. You have no choice in this. Someone has to do that either the ATM company or your own bank. The ATM company will ask for permission to convert the amount for you. Do NOT give permission but let your own bank do this.

The company making the conversion applies an exchange rate. Here’s the snag! The ATM companies tend to take a large share and charge a poor exchange rate. Euronet’s ATMs are programmed in such a way that they almost force the customer to withdraw large amounts. So go through all the steps that the ATM offers until you get to ‘without conversion’. 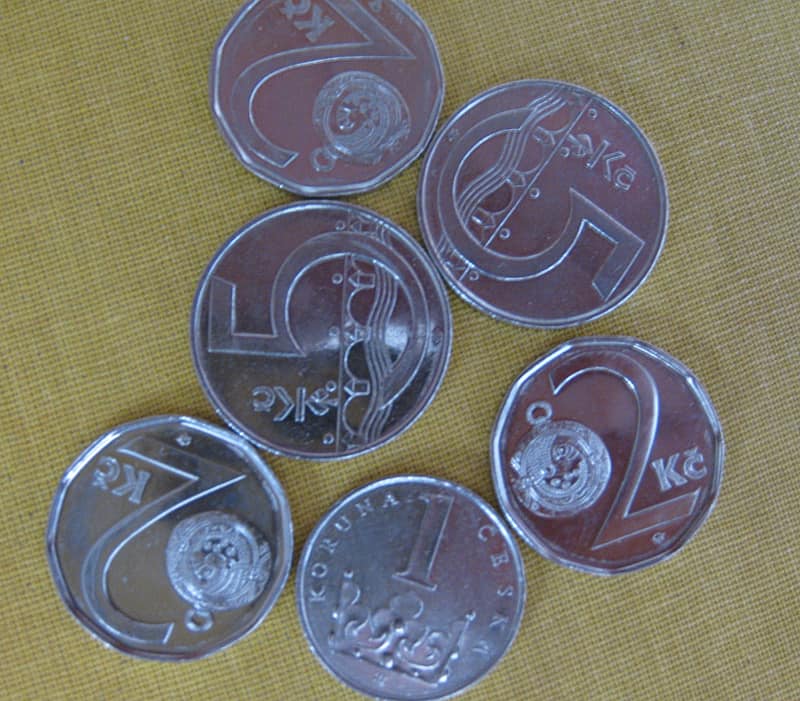 Money Exchange Offices: Advice How and Where to Get Czech Crowns

1. Reliable money exchange offices: Mango Change, Vodickova 41 (in Svetozor Passage), Visitors Change in Na Mustku Street, Xchange at namesti Franze Kafky (Franz Kafka Square)
2. Do not exchange cash on arrival at the Central Station or Prague Airport, the exchange rate is very unfavorable.
3. Withdraw as little money as possible from the ATM at Prague Airport, because here too you will get a worse exchange rate than in the city.
4. Paying by a debit card is cheaper than withdrawing money first and then paying in cash
6. Do not exchange euros for crowns at home because that is much more expensive than if you do that in Prague.
7. Do not withdraw money from Euronet ATMs