Join the Ghosts of Prague Walking Tour. Wind your way through the cobbled street and winding alleys where alchemists, murderers and spirits once wandered around. Listen to nerve wrecking stories about betrayal, murder and demons. You will hear about the secrets of the alchemists and if you are lucky you will see a procession of ghosts pass by. 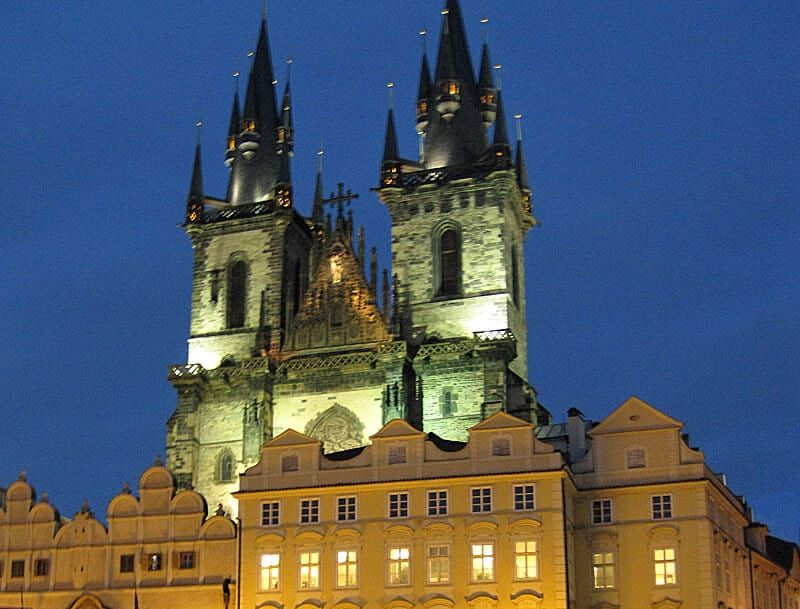 This walking tour is your opportunity to see the darker sides of Prague, dim-lit lanes and twisted alleys full. Almost every ancient building conceals a mysterious tale. Haunted churches and secret symbols your guide will explain the legend and stories behind it. Restless spirits haunt the alleys of Prague and still roam about. The Ghosts of Prague walking tour is fun mixed with scary tales and legends. There are no tricks, no actors disguised as ghosts. The focus is on telling stories and legends of Prague.

Book this walking tour online if you want an experience different from standard walking tours.

The Legend of Headless Laura

While wandering through Mala Strana you may meet headless Laura. Laura was a beautiful actress who had an affair with a rich count.Ine night when she returned home at midnight, her husband asked her where she had been. “At the theatre, rehearsing” she replied. He did not believe her and cut off her head which he sent to the count. Ever since headless Laura wanders the streets of Prague at midnight searching for her head. Without a head she cannot rest in peace.

The Legend of the Turk

Near Tyn Church in the courtyard of Ungelt you may meet a Turk carrying a box. If he allows you a look inside you will see the severed head of a beautiful girl. In medieval days, this young and handsome Turk stayed at an inn at Ungelt. He fell in love with the innkeeper’s daughter and proposed. She was head over toes in love with him and accepted. The merchant Turk had to return home to Constantinople to settle some affairs and promised to marry her upon his return.

After a long wait the girl became impatient and concluded that her lover had jilted her and married someone else. When the Turk came back to Prague, he found out that she was about to marry someone else. He killed her and hid her body in the basement of a building in Ungelt. To atone for his deeds, the ghost of the Turk now haunts the courtyard of Ungelt carrying a box with her head.