The Brown House, Hnědý dům, in Malý Berlín in the Holesovice district of Prague is an apartment building is a textbook example of functionalist architecture where the shape and appearance of a building are determined by the function of the edifice. The complex, built in 1937, was ahead of its time. It stands at the intersection of Bubenská and Veletržní streets. On 15 March, 1939, the day of the German occupation of Czechoslovakia, the first residents of the Brown House received the key. Soon afterwards, the new tenants were forced to make way for the Gestapo who moved into the luxurious apartments. 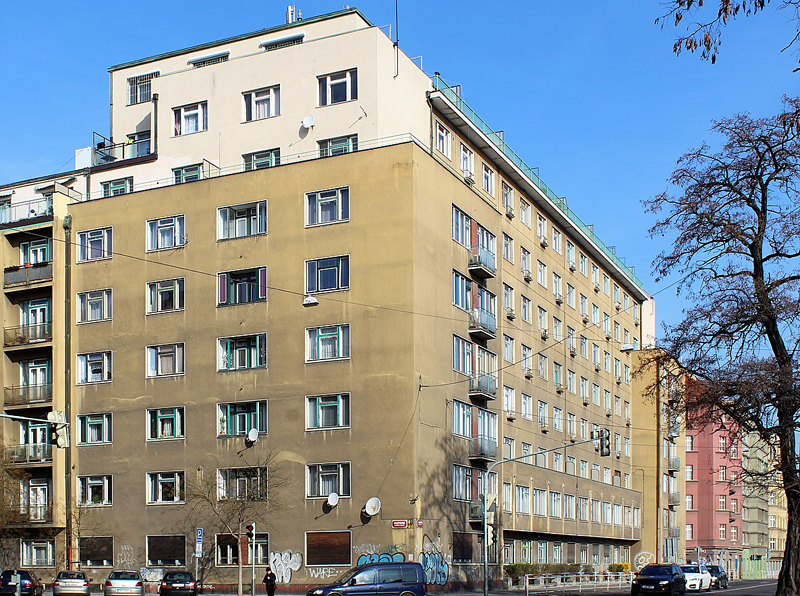 Little Berlin, Never heard of it!

It is not a lack of knowledge if you have never heard of Malý Berlín as the term is mainly used by residents of the Holešovice district. The area is bordered by Heřmanová, Janovského, Strojnická and Bubenská streets and owes its name to the fact that many German-speaking Praguers lived here in the interbellum. Whoever says ‘Malý Berlín’ today, refers to a shabby apartment building at the intersection of Bubenská and Veletržní streets.

The Brown House was built in the late 1930s. It is a closed block of flats with six to eight floors and built around a central courtyard. There are two entrances, one of which is on U Smaltovny Street. The central courtyard was the meeting place for the residents. There was a garden with a pergola, benches and a sandpit for small children. Until the 1950s, there was also a children’s paddling pool. From the central courtuard, one had access to eight residential areas marked with the letters A to H. Each area has an elevator, which was a luxury in those days.

The apartments are spacious and have two balconies, one facing the street and the other facing the courtyard. Washing machines, drying facilities, carpet cleaners, all state of the art in those days, were in the common basement and for everybody to use.

Today, the Brown House is rundown. When newly built, it must have looked inviting and modern. The original colour scheme of green and white window frames and brown-yellow plaster are still in place. As is the red brick lining of the windows and some of the wooden blinds. 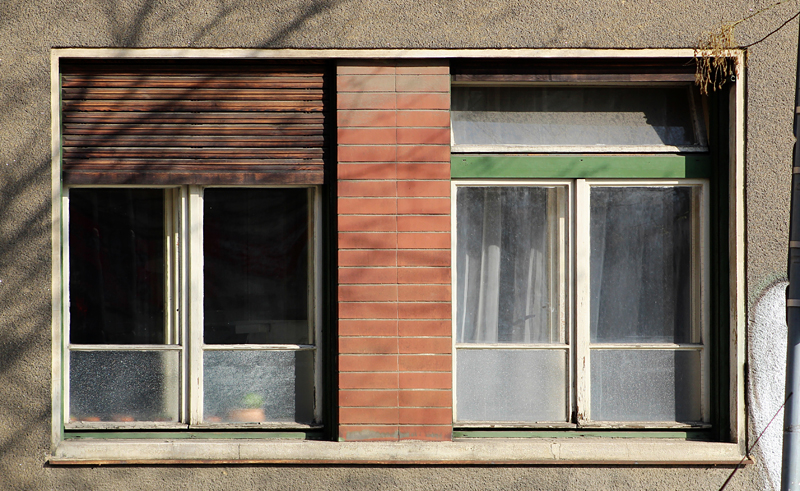 The Brown House: who lived there?

On 15 March 1939, Hitler proclaimed the Protectorate of Bohemia and Moravia, and these Czech lands were from then on part of the Third Reich. German members of the Reich administration, the Gestapo, and others in high positions arrived in Prague. Housing was needed for these newcomers.

The newly built residential complex, the Brown House, had 177 apartments, and not all had tenants yet. The residents who lived there already were mainly German Jews. Their homes were confiscated and Nazi officials moved in.

The building highly suited the occupiers. The entrance was a wide porch and could easily be kept under surveillance, and everyone going in or out was watched. Another advantage was its proximity to the villas in the Bubeneč district where the high-ranking Nazi officials lived.

After the end of the Second World War, the Nazi residents were evicted from their apartments. Many of the original owners did not return to their homes as they died in concentration camps. After the liberation of Prague in 1945, resistance fighters, among others, took up residence in the Brown House. When the Red Army marched in in 1948, communist officials and diplomats came to live here.

Today, the building and especially the inner courtyard is in a sad and neglected state but the apartments are still inhabited.

More about the Holesovice district