Panelak housing and urban planning resulted in a ring of suburbs around Prague. These suburbs are referred to as ‘sidliste’, a neighbourhood full of panelaky, buildings constructed of pre-fabricated panels. These districts are not high on the tourist what-to-see-in-Prague list.
When leafing through a travel magazine, you will see many photos of picturesque, winding cobbled streets, baroque houses, monumental churches and beautiful medieval squares. These photos give a true picture of the historic centre of Prague, yet there is another Prague. The city has 1.2 million inhabitants and not all of them live near Old Town Square, one third of Prague’s residents live in the suburbs, the sidliste, which is full of panelaky, prefabricated housing blocks. 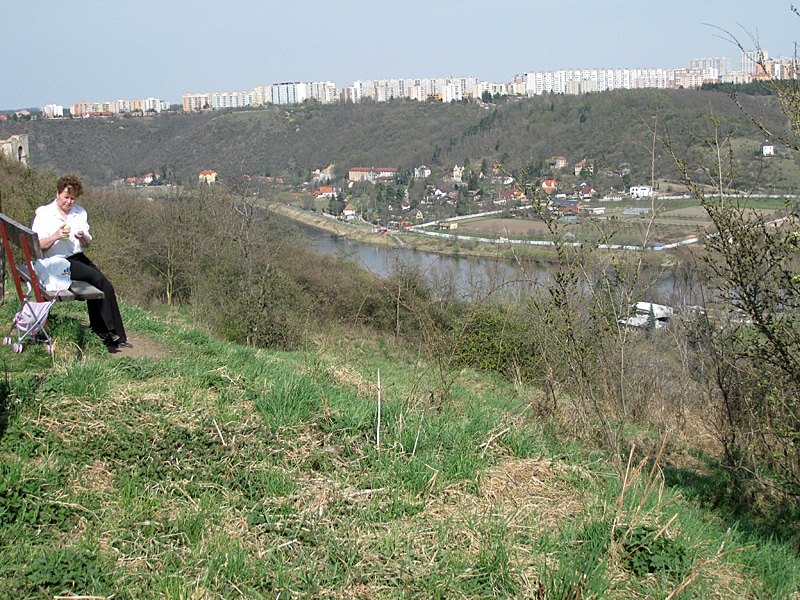 City planners in communist days had a free hand in urban planning. They did not have to worry about market mechanism, private land ownership or land price. The sidliste were built between 1959 and 1995. Urban planners worked according to certain standards: the number of houses per hectare access roads parking spaces, parks with playgrounds for children and facilities such as shops, schools, health centres and restaurants.

The philosophy was that every sidliste should be self-sufficient. The residents are mainly middle class. There certainly is a tendency among the better-off to move out of these areas, but the policy is to refurbish the houses to prevent an exodus. This policy works well because all sidliste are a healthy mix of different social classes. 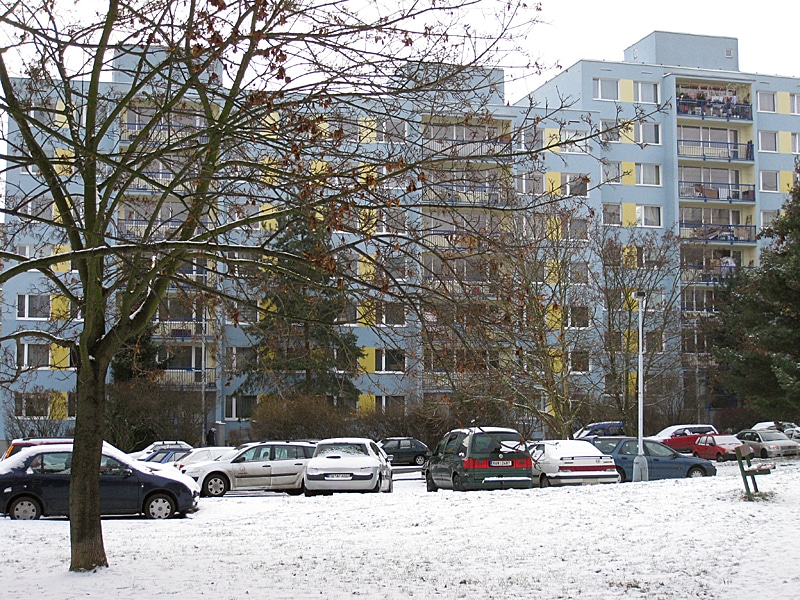 Panelaky or housing blocks are composed of prefabricated building components. Floors, walls and roofs arrive at the construction site as a kit and only need to be put together. A characteristic of panelaky is that often an entire street or even an entire neighborhood is made up of the same prefab parts and that all blocks of flats are identical to each other. Not only the outside, also the inside of the apartments are identical. Half of the apartments have three rooms, the rest are smaller. The Prague middle class lives here.

The term panelaky is mainly used for the elongated blocks of houses often containing ten or more floors that consist of different segments with separate entrances. You will see these apartments all over eastern bloc countries; tangible reminders of the communist era. 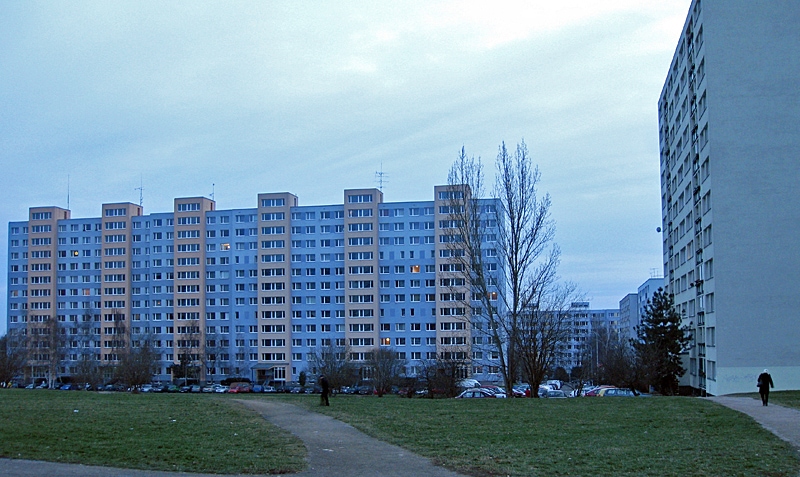 Why Panelak housing and not single-family homes?

Two important factors played a role in the development of panelaky: the post-war housing shortage and the ideology of the communist leaders. Urban planners wanted to build many affordable homes in a short time. They cut costs by using uniform designs that were used not only in Prague but across the country.

The new districts were spaciously designed with many green areas for communal use and wide roads that were also suitable for tram tracks. The residential blocks were placed quite far apart to create a feeling of freedom and openness. Now, almost half a century later, the open spaces are filled with large trees bushes and shrubs which makes a sidliste green and pleasant. Often there are also fruit trees because the motto was that the proletariat had to eat healthy food. Everyone was allowed to pick fruit from the trees.

An interesting side effect was that in the event of war, these planned blocks of flats with open spaces in between would not be an easy target for fires during bombardments as the traditional, tightly packed buildings in the city centre are 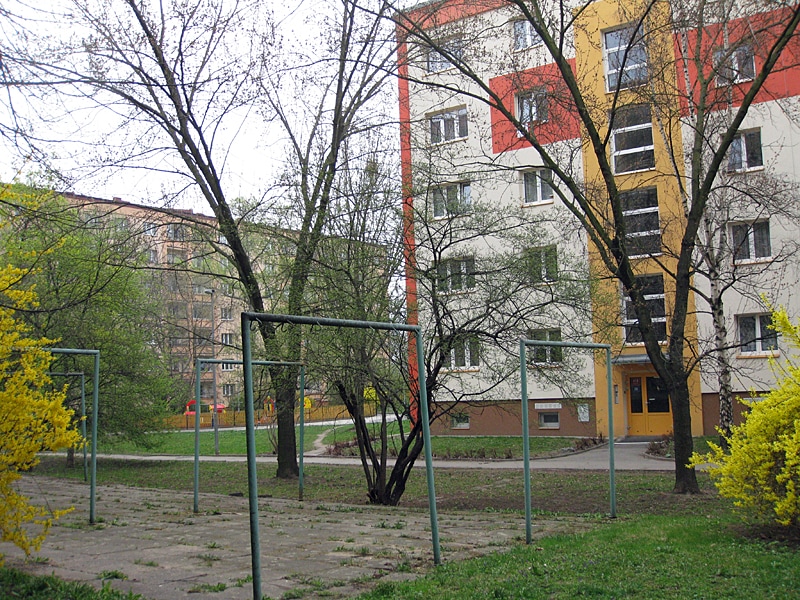 Tourists rarely visit the sidliste in Prague yet it is worthwhile if you want to see a different aspect of Prague. The first prefab building was in the u Prefy street 711 in the Dablice district. The first sidliste to be built in Prague was Petriny in the 1950s; the largest in Prague is Jizni Mesto.

Location:
* Petriny is in the north-west of Prague, close to Vaclav Havel Airport. Take metro line A to Petriny, or tram 1 or 2 to the Sidliste Petriny stop.

* Jizni Mesto is in the south-east of Prague. Take metro line C to Haje or bus 125 from Smichov station (Smichovske nadrazi) to the final stop Jizni Mesto. How did the sidliste develop?

The villages on the outskirts of the city were annexed by Prague one by one. The village of Haje, which goes back to the eighteenth century, became part of Prague in 1968, is now in district 11. The area is about two and a half square kilometers and is home to nearly 24,000 people. This is only possible when all these people live in apartment buildings. Single-family homes with a front and back garden could not possibly accommodate so many people. The communist urban planners looked ahead because when Haje became part of Prague, most of the village houses were demolished and replaced by panelaky. This was the fate of all the villages that became part of Prague.

The sidliste are spaciously laid out and have all the amenities needed, such as shopping centres, schools, libraries, health centres, restaurants, swimming pools and cinemas. Were the apartment blocks gray and dreary in communist days, today they look cheerful. They have been painted in pastel colours, renovated and fitted with double glazing and insulation. The wide open spaces between the buildings are now green grassy areas with full-grown trees and shrubs. An excellent network of trams, metro and buses ensures that residents can get to and from the city centre quickly and easily.

During communism, pre-war homes were in bad repair. Moving to an apartment in these prefabricated blocks of flats had many advantages: central heating, elevator, bright, often sunny rooms and balconies. But there was also a downside and that was the flimsy walls: the flushing of the toilet, the neighbour’s radio and TV could be heard word by word as well as the conversations of the neighbours, in particular when they spoke with raised voices. During the recent renovations, the interior walls have also been insulated and there is hardly any noise pollution. 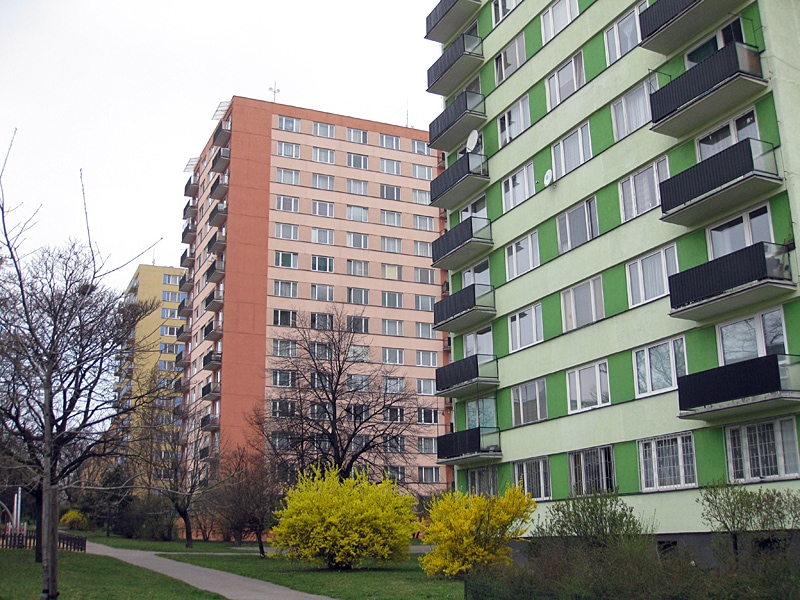 Panelaky is not social housing

In many countries in western Europe, tower blocks often carry a social stigma and usually provide housing for economically disadvantaged families. This is not the case in the Czech Republic. Panelaky is not social housing. The residents are a mix of all social classes, with the middle class prevailing. There is no prejudice against living in a panelaky, the lawyer lives next to the car mechanic and the teacher lives next to the factory worker.

Today, in the post-communist era, many residents are homeowners. The owners’ association takes care of the maintenance of both buildings and surrounding area, the paths between the apartment buildings and the landscaping. The housing corporations and the Czech government provide subsidies so that in almost all neighborhoods the apartments are insulated and painted in cheerful pastel shades. 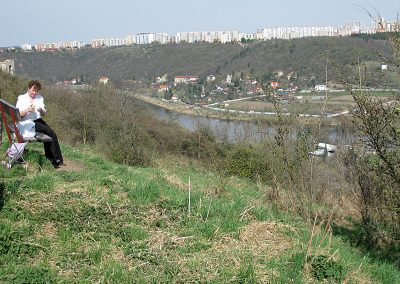 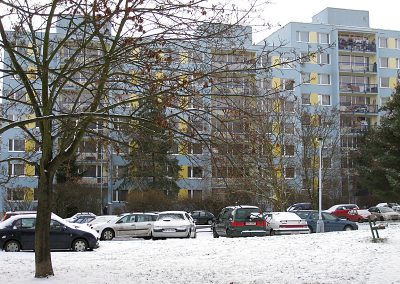 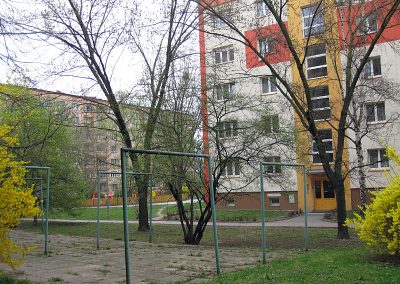 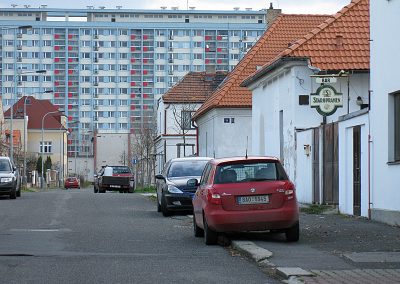 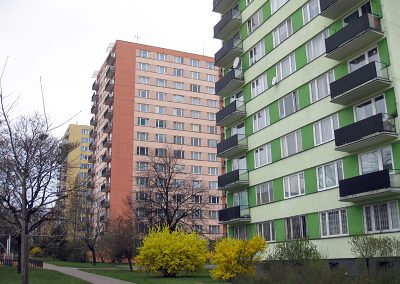 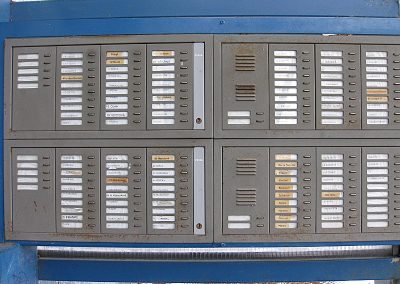 Many residents in one building 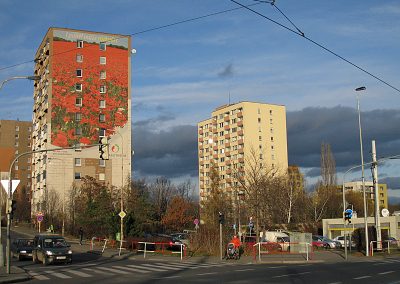 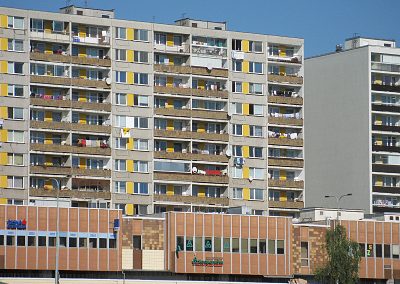 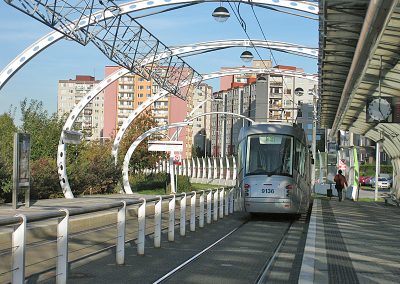 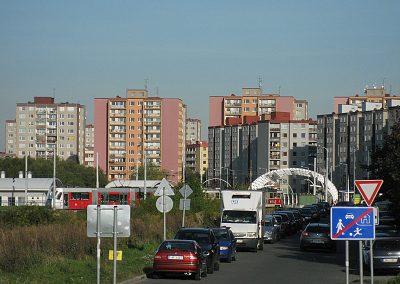 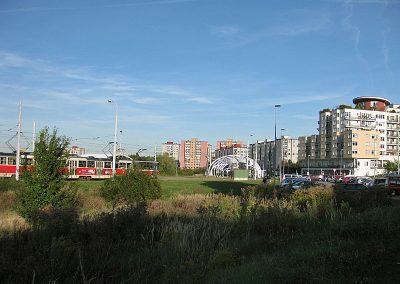 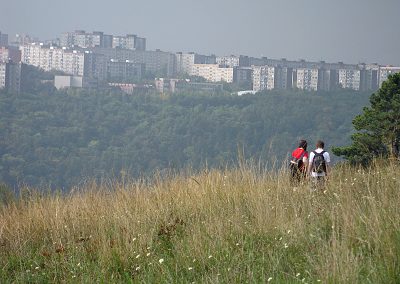 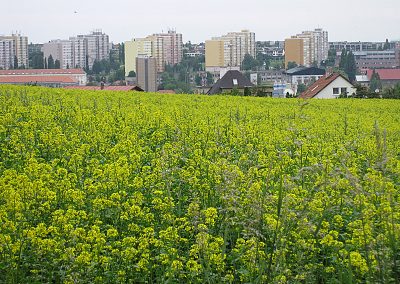