When in Prague for the first time, you may have the feeling that you have been here before. Not so strange after all. Prague’s cobbled streets, Baroque mansions and the Vltava River are extremely picturesque and authentic. The Czech Republic has a long tradition of movie making and Prague is favoured as film set by film and television series directors.

When strolling through Prague, you will often see notices saying: Po 25.11.2013 (or another date) MIMO FILM; from pondělí (Monday) film shooting will start here. It is quite fun to stand at the barrier and watch the activity of the actors and directors for some time.

Reminiscent of Paris, Vienna and even London, Prague is the ideal film location because shooting a movie in the Czech Repuplic’s capital is far cheaper than doing so in Paris or any other metropolis. The narrow alleys and the Baroque mansions in Prague Castle and the Stare Mesto districts are very popular with film directors. The cobbled streets and the River Vltava prominently feature is the movie Amadeus. Films and television series that are set in Paris are often shot in Prague. Only when paying extra attention, you will discover that the background is Prague and not Paris. 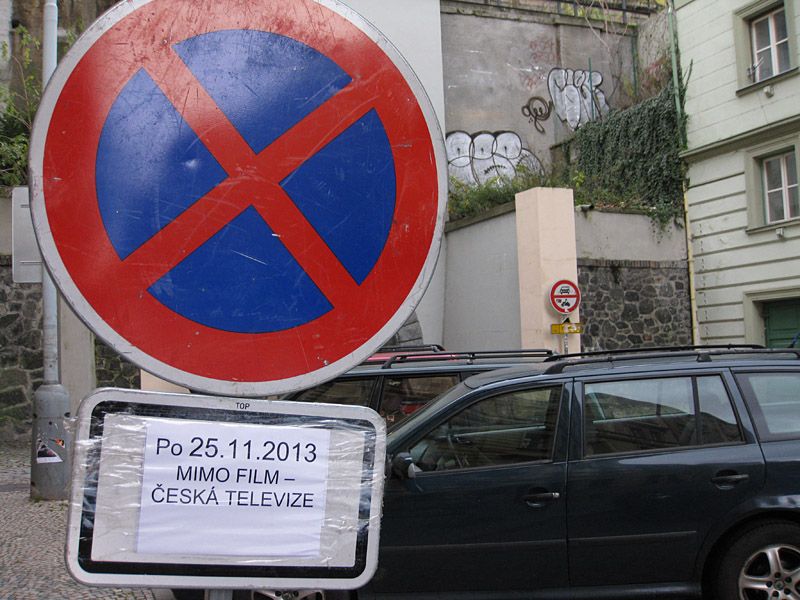 The popular television series Maigret with the French born actor Bruno Cremer was shot in Prague whereas the story takes place in Paris. Production cost in Prague was much lower than in Paris many extras were Czechs and their voices were dubbed. The directors were very careful when filming various scenes and always avoided taking shots of things typical of Prague. The films never show the mosaic inlaid pavements or the double house numbers so common in Prague. Only one error occurred. When filming the Vltava embankment, supposed to be the River Seine, an iron train bridge is clearly visible. No such bridge spans the Seine in Paris.

Many films were shot completely or partly in Prague. It is impossible to list them all. Here are a few: Mission Impossible, Amadeus, The Bourne Identity, The League of Extraordinary Gentlemen. Oliver Twist, Casino Royale and many more. 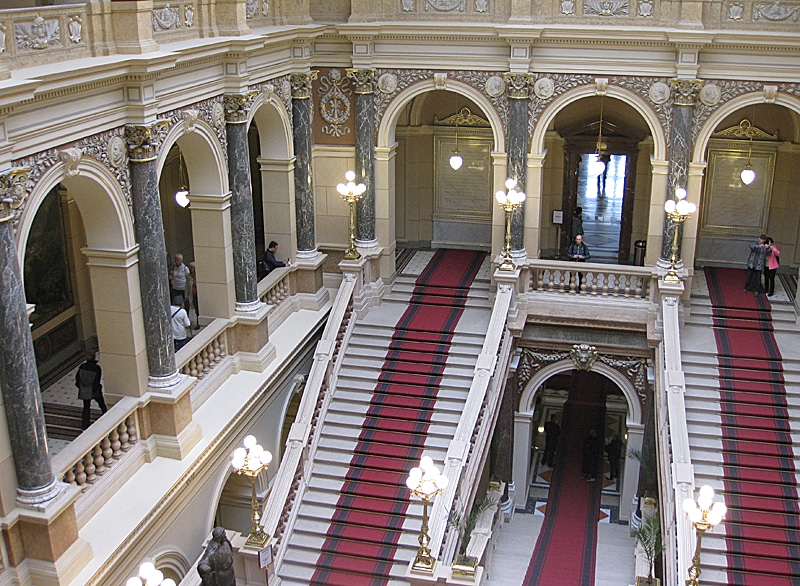 The National Museum on Wenceslas Square is a stately building with a sweeping central staircase. Film producers feel in love with it and like shoot their film in this museum. In Casino Royale, James Bond leaves a Venice hotel to look for a femme fatale who seduced him and disappears with his winnings. The museum’s stately staircase is the background of this scene. In the movie Red Baron you see again the National Museum, which now passes for a German castle. The entrance hall appeared in Mission Impossible and the Jack the Ripper.