Tuzex shops in Communist Prague offered a glimpse of Western luxury. The state-run Tuzex stores were in operation from 1957 to 1992 and payment was by Tuzex vouchers which were an official parallel currency. Post-war prosperity in the West led to a consumer society. This trend was picked up by the East bloc and residents of socialist Czechoslovakia also desired luxury goods. State-run Tuzex shops, accepting only Tuzex currency, sold luxury goods not available at regular shops.

The only way to get Tuzex was to exchange hard currency at the International Bank in Prague. Unlike real currency, it was not backed by the Federal Reserve. Besides, Tuzex was not a means of payment in other shops. As almost everyone in Czechoslovakia wanted these luxury goods, a lively trade in Tuzex crowns started. It was not exactly legal but neither illegal. 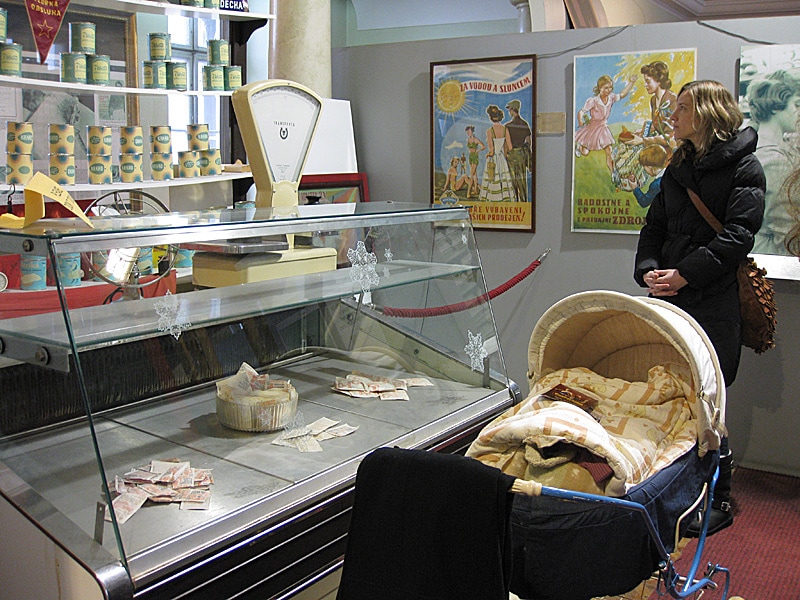 Tuzex shops were ‘paradise’ for Czechoslovaks, no empty shelves but an abundance of merchandise from the West: liquors, cigarettes, and clothing, and in particular blue jeans that became fashion in the early 1960s. Popular were also high-quality domestically produced goods meant for export and not available in ordinary shops. Shopping in Tuzex stores was expensive because of the high rate of exchange. Initially, only hard currency could be used. Later, also Czechoslovak money was here accepted in exchange for Tuzex coupons.

These state-run Tuzex stores undermined the official Marxist-Lenin ideology, which proclaimed that communist leadership would wipe out class difference. These stores increased the awareness of differences between Eastern and Western everyday lives. What’s more, these shops divided the population into privileged groups, those who could afford articles not for sale on the domestic market and those who could not. If the proletariat wanted to buy something at Tuzex, they had to obtain Tuzex vouchers. This led to the development of black markets where Western goods and hard currency were illegally exchanged.

Hard Currency Good for the Treasury

Post-war prosperity in the East Bloc led to a consumer society, including socialist Czechoslovakia whose inhabitants now also desired luxury goods. In 1957, the Communist Party established Tuzex stores, short for Tuzemský export (or domestic export). The aim was to draw hard currency away from the citizens and put it in the coffers of the state. Especially popular were American dollars and West-German marks. These were stable currencies and linked to the international gold standard, unlike the Czechoslovak crown. The main source of hard currency in Czechoslovakia came from relatives who lived abroad and sent money to their families. Other sources were foreign tourists visiting Prague and Czechoslovakia and Czechoslovaks who went abroad for work, with permission from the communist party of course, like musicians and ballet dancers. 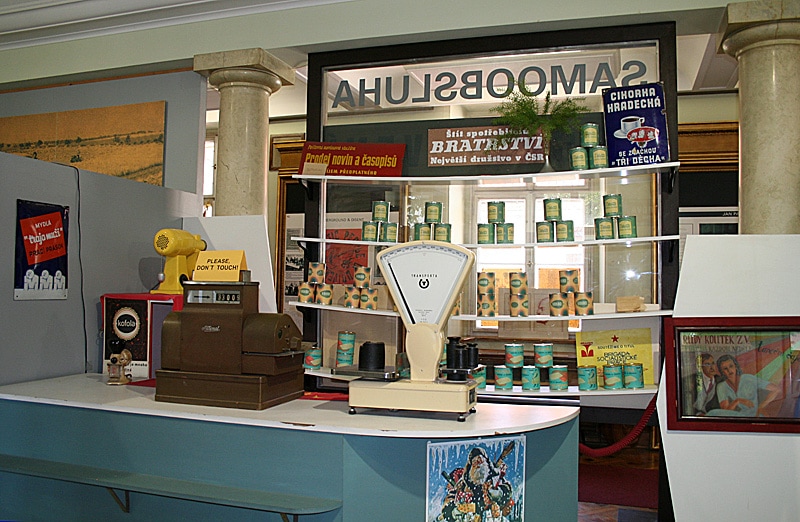 The Velvet Revolution in 1989 put an end to the Tuzex Stores. Consumerism set in and the shopping scene in Prague changed dramatically. Until then, shopping malls were unknown and small corner shops thrived. True to say, in Communist days there were three department stores in Prague: Kotva, Bila Labut and Maj. The first two still do business.

When the communist regime came to an end, large foreign supermarket chains wanted to conquer the market. The French supermarket Carrefour entered the market in 1998 and opened 11 hypermarkets but closed down several years later as the Czechs were not yet ready to embrace the free market. In 2006, Carrefour pulled out of the Czech market and British Tesco took over. Tesco is still one of the leading supermarkets in Prague. The corner stores did not disappear and are scattered all over Prague. Mini-markets are often Vietnamese-owned.

In 1996, the first shopping mall to open was Myslbek in na Prikope street. With some twenty shops, it is quite small compared to Westfield Chodov Shopping Centre with 272 shops or Palladium with 200 shops. Post-Communist Prague is a true shopping paradise with fifteen large shopping malls, most of them in the suburbs.

Generous opening hours, from 9 in the morning until 9 in the evening, seven days a week means that shopping need not be planned. Fifteen shopping malls may sound a lot but the population of Prague is 1,200,000. Each shopping mall serves a population of 80,000 people.