Villa Winternitz looks like an uninspiring white box, no elegant lines, no striking details and no unnecessary ornaments. That is exactly what architect Adolf Loos had in mind: architecture must be functional. The villa was built according to the raumplan theory in which Loos firmly believed. Each room is designed for the purpose for which it is used. That is why height and floor space differ. The bedrooms are quite small while the living space is very spacious with high ceilings. When you visit the villa you can walk around the villa freely and view all floors and rooms at leisure. Stand on the balconies and enjoy the view. Walk through the garden which was once full of apple trees. 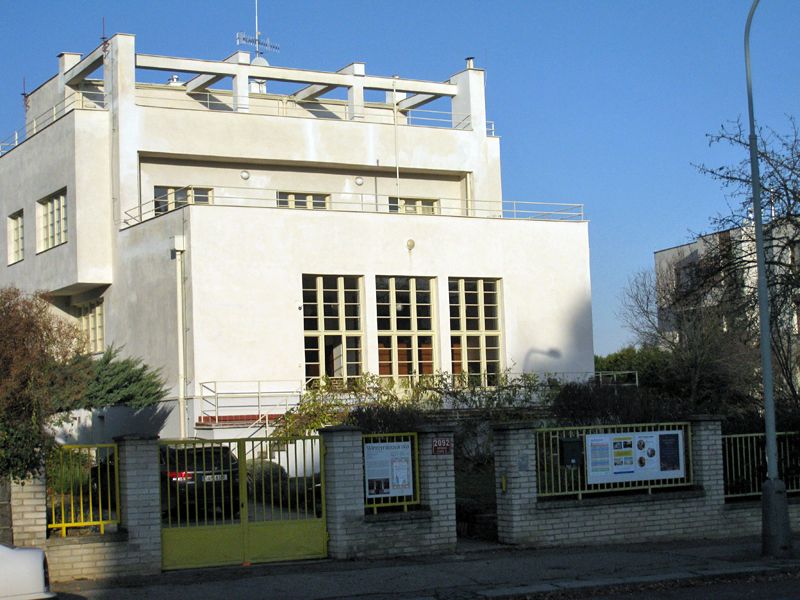 Villa Winternitz has an inconspicuous front door that looks more like a kitchen door or back entrance. The entrance hall is very small. A staircase leads down to the basement area which is a maze of steps and rooms of uneven size. Here is the laundry room, utility rooms and the gardener’s flat with a kitchen, bedroom and bathroom.

Villa for Four Residents and Servants

The villa was intended for four people, Josef and Jenny Winternitz and their two children. The living room is on the ground floor. The bedrooms of the family are on the first floor and those of the servants on the second floor. The living room is impressive: spacious with high ceilings (11×5.5×4 meters). Sun light streams in as one entire wall consists of windows. Despite its size, the living room is very intimate because of the use of warm colours and materials such as brick and oak. The fireplace is the focus of the living area. A few steps up and you come into two smaller spaces in open connection with the living room: the dining room and the drawing room. The built-in cupboards and bookshelves form a unity with the interior and are a specialty of Loos. The villa is furnished with period pieces from the 1930s. The original furniture disappeared in the Second World War after the Nazis seized the villa. 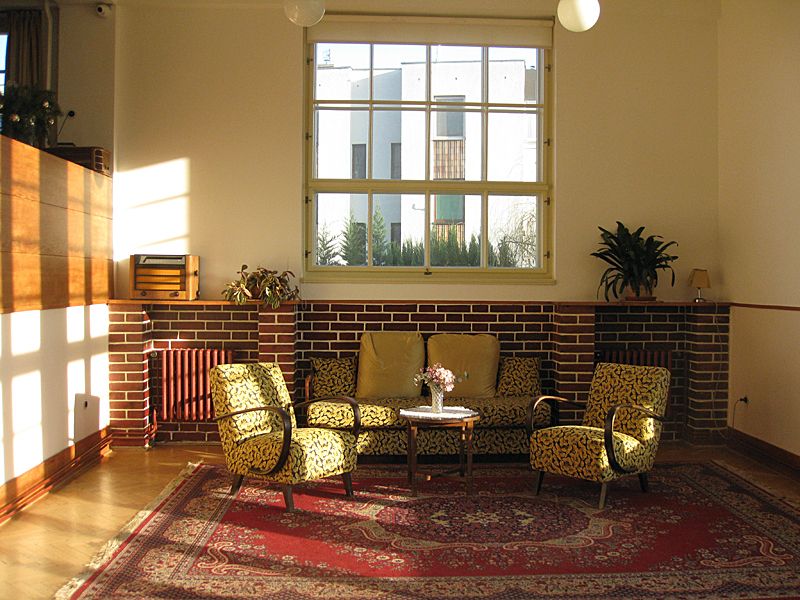 The first floor consists of the couple’s and children’s bedrooms, a walk-in wardrobe, bathroom and a guest room. The rooms were small (their function is for sleeping) so that there was room for a large balcony accessible from each of the rooms.
On the second floor there are two small rooms and another terrace. This part of the house was intended for the servants. These days it is an exhibition space where you can learn more about the villa and the family.

Raumplan is a design of spaces: a three-dimensional way of thinking about a buildings and construction. Every room has different needs and  that is why height and size vary. Space can be limited to a minimum where necessary, for example in the bedrooms which are quite small. Due to these limitations, other parts of the villa can be very spacious. Raumplan means that the use of space must be functional 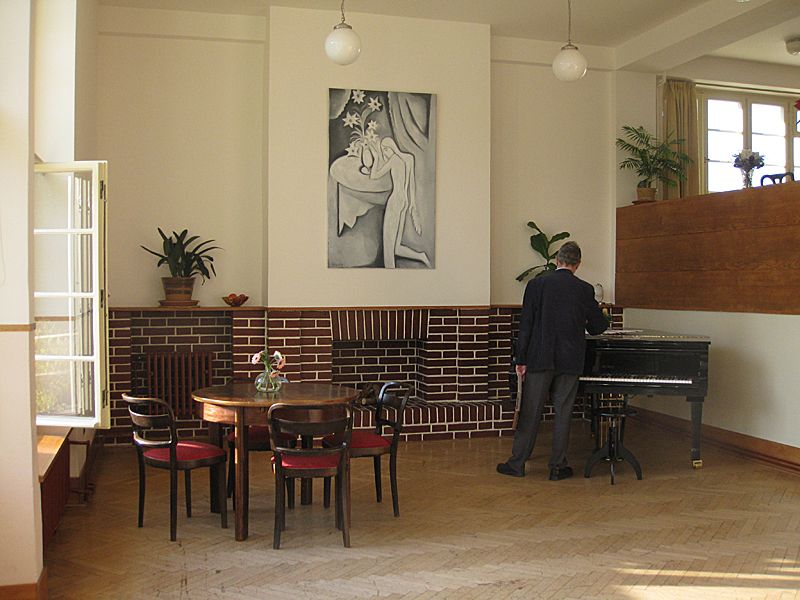 The Villa and the Winternitz Family

In the early 1930s, Jewish lawyer, Josef Winternitz, commissioned Adolf Loos to design a house for him and his family. In 1932, Winternitz and his wife Jenny, daughter Suzana and son Petr moved into the villa and lived there until the Second World War. In 1941 they were forced to donate the villa to the Nazi regime. In 1943, the whole family were put on transport to Terezín concentration camp and then to Auschwitz. Jenny and her daughter Suzana had to work in a factory. They were the only members of the family to survive the war. During the war, the municipality of Prague bought the villa from the Germans and used the building as a kindergarten (which remained there until 1995).

After the war, when Jenny and Suzana returned to Prague, they were asked to pay taxes so that they could get the villa back. However, after their concentration camp years, they had no money and decided to donate their villa to the municipality of Prague. This must have hurt a lot because they never spoke about their villa and their family history again. After the Velvet Revolution in 1989, confiscated property was slowly returned to their legitimate owners. In 1997, the Winternitz heirs applied for the restitution of the villa. The house was in a deplorable condition as can be seen on photos in the exhibition space on the second floor. The villa was renovated between 1999 and 2002 and it opened to the public in 2017.

Villa Winternitz is located in a residential area on one of the hills of Prague. Take metro line B to Andel metro station, then bus 137 (direction Jinonice) to Malvazinky stop (3 stops). Na Cihlarce street is next to the Albert supermarket. 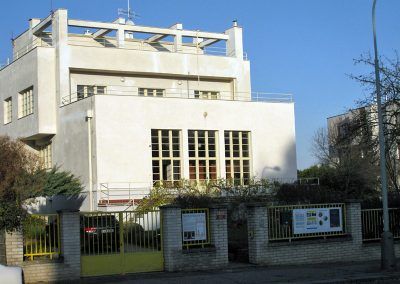 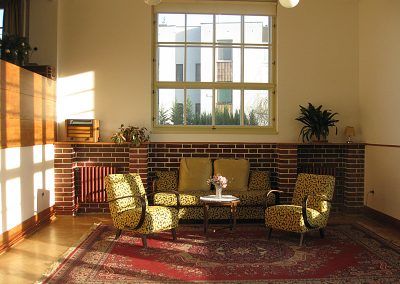 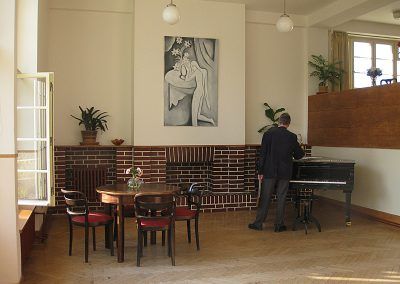 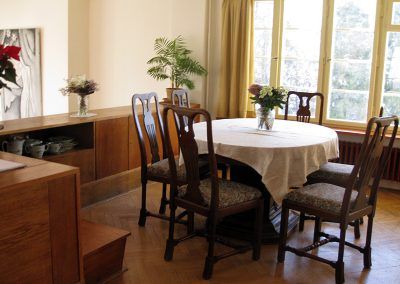 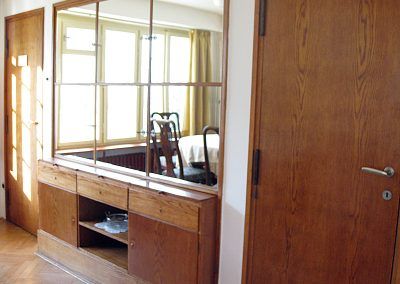 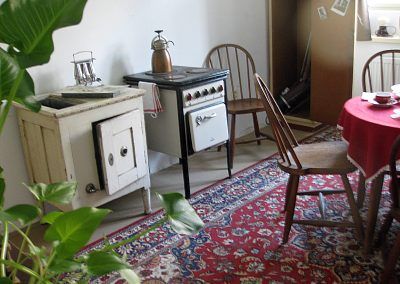 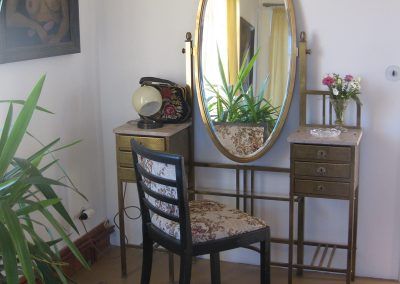 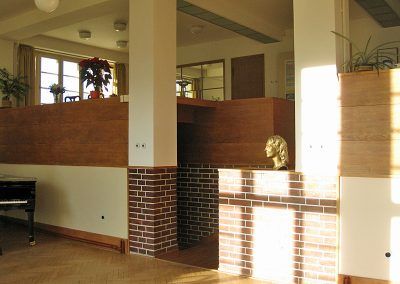 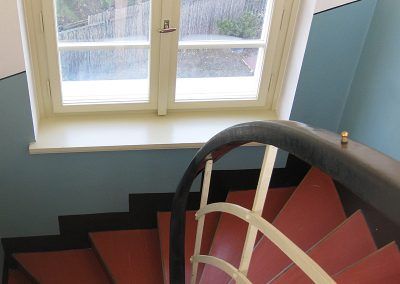 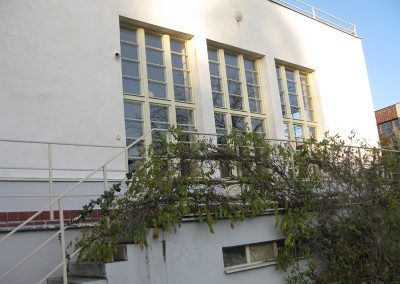 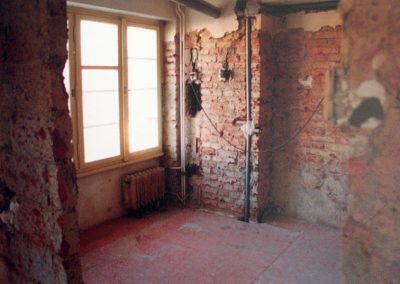