Agriculture Museum – doesn’t that sound boring! Appearances are deceptive because this museum in Prague is fully interactive. The museum also had lots of DIY stuff for kids. The permanent collection of the Museum of Agriculture comprises a hall with everything you have always wanted to know about tractors and a simulator in which you are the driver. The exhibition on the second floor shows how the Czech countryside changed over the centuries. Another section is entirely devoted to beer.

The Agricultural Museum has more than twenty kinds of different tractors are on show not only made in the Czech Republic but also tractors produced by Ford as well as German-made models. You cannot climb on them but you can play a simulation game in which you are the driver. This room is very attractive for children because there are miniature tractors for them to ride on.

The Czech Republic is famous for making beer. The brewing exhibition gives an overview of the steps in the brewing process; what kind of hops is used and how beer is transported. Many centuries of growing and breeding of barley, female cones of hops, a unique strain of brewer’s yeast, the Czech soil, pure spring water and at least 90 days of maturing are the ingredients for typical Czech beer which is often a pale lager of the Pilsner type. The replica of a traditional beer pub shows that beer gardens and pubs have not changed a lot over time. 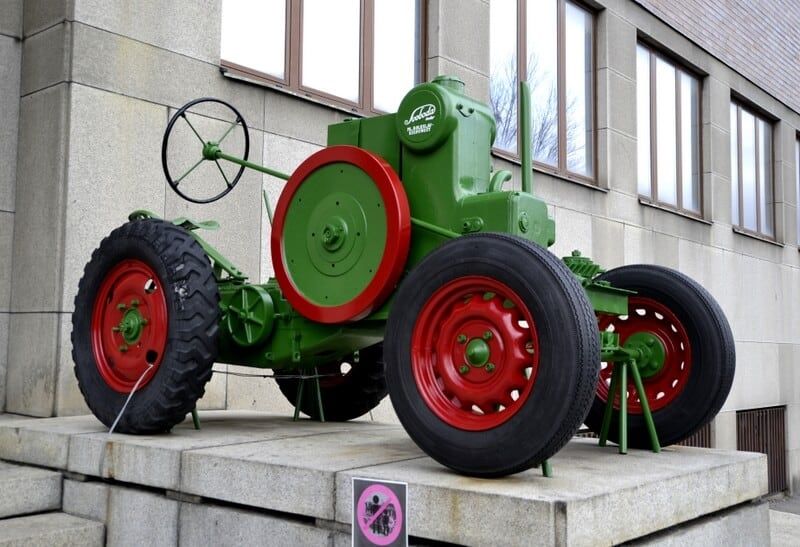 Part of the fishery section is an interactive exhibition of freshwater aquariums. You can see what role fish played in Prague. In the middle ages the streets of Prague abounded in fish markets. In those days fish was the staple food of the city’s poorer inhabitants. Much later fish became a delicacy that only rich people could afford. Fish farming was a good source of income for the city because it brought in duties and taxes.

Different Prague street names recall fish markets and fish ponds. Na Slupi, now a busy street where trams trundle along, used to be a trap for migrating fish such as salmon and eel. Slup is a Czech word and means wicker basket which was used to catch fish. The Agrigultural Museum is fun educational experience.

Start at the tractor exhibition and you will soon discover that young children want to stay there to race around on the children’s tractors and the older ones are glued to the simulator where they can ride a ‘real’ tractor. The fishery section has another attraction for young children; a climbing frame and a slide, touch screen quizzes and dressing up opportunities. The very young ones can also play shop and load their miniature trolleys with (fake) fruit, dairy product and cakes which they can ‘buy’ from market stalls.

All exhibits in the agricultural museum are interactive. Worksheets give the visitors an insight into what agriculture means to people. The permanent exhibition on the ground floor focuses on agricultural technology. The second floor is devoted to natural resources especially fishing and hunting. The third floor shows that agriculture is important to humanity. The fourth floor is all about food, recycling and food distribution. In the Discovery Room, visitors can do all kinds of experiments that are also very suitable for children.

Roof Terrace of the Agricultural Museum

The roof of the building is a viewing terrace, herb garden and picnic area and offers spectacular views of Prague. You can rent picnic equipment in the museum shop where you can also buy Czech food.
The terrace is open every Thursday from 17.30 to 21.30. The entrance fee is 50 CZK (€2), free entry for seniors and under 18s. 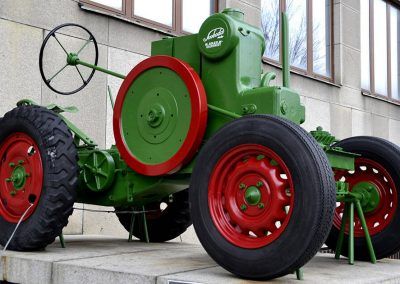 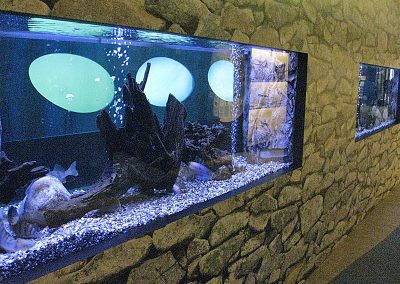 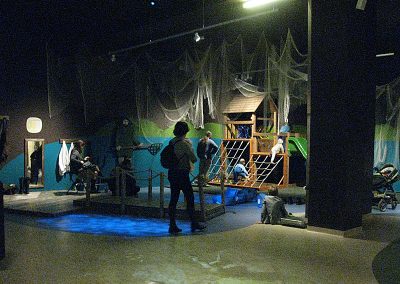 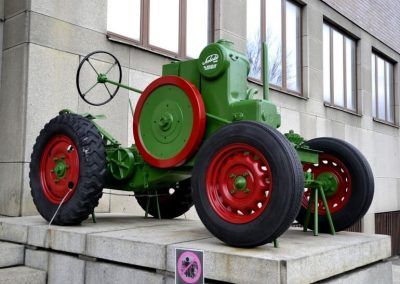