The Jewish Museum in the Josefov district in Prague is located in several buildings. Spend a day wandering through Josefov, the former ghetto, and visit six synagogues, one Town Hall and one cemetery. The best exhibits were collected during the Second World War when the Nazis wanted to preserve every detail of a nation they intended to annihilate. Prague was to be labelled as ‘an open-air museum of Jewish People’. This is the reason why Prague was never bombed.

Until the end of the nineteenth century the Josefov district consisted of narrow alleys, inferior housing and open sewers. When in the early twentieth century, the streets were widened, a sewer system was laid out and chic apartment blocks were built. This  district was very much sought after and still is until this very day. Today, four synagogues, Maiselova, Pinkas, Klausova and the Spanish synagogue, the Old Jewish Cemetery and the ceremonial hall are united into the Jewish Museum of Prague. 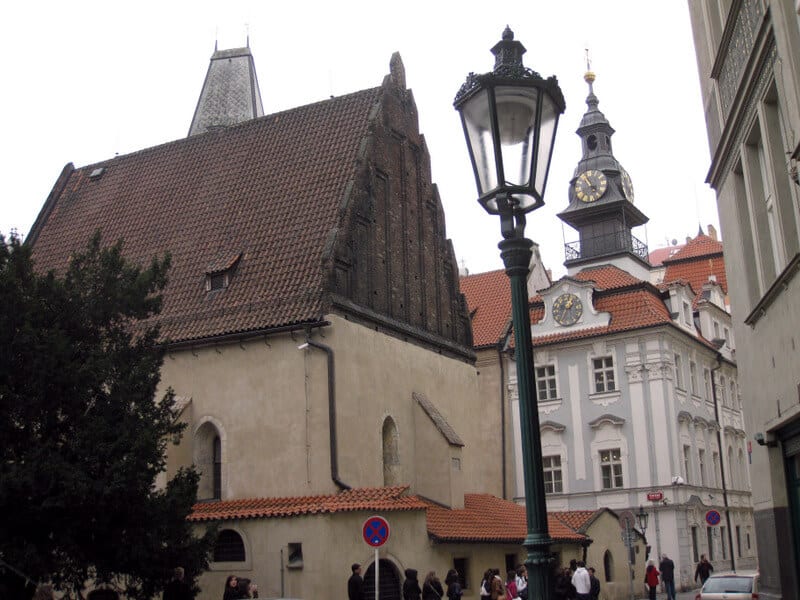 Tickets for the Jewish Museum

Book your Tour with Guide of the Jewish Quarter of Prague 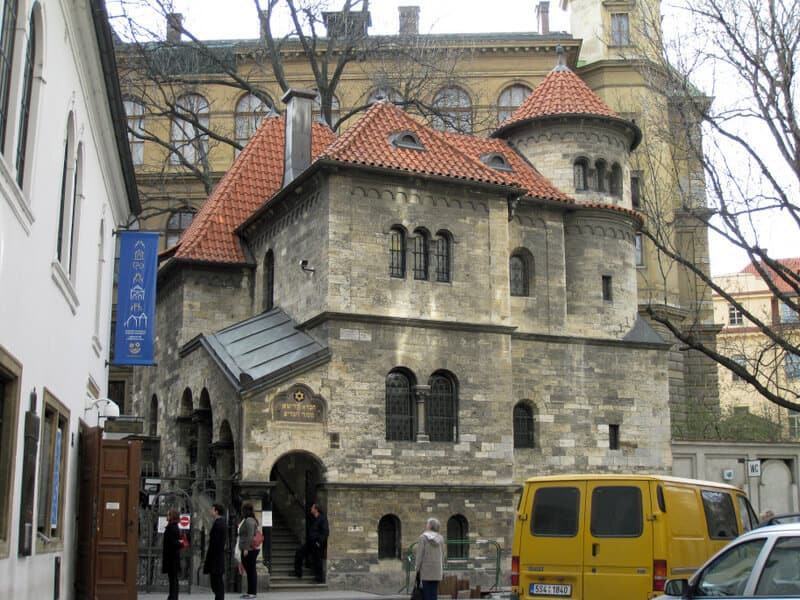 The Pinkas synagogue is a poignant memorial to the 77,297 Bohemian and Moravians who were killed during the Second World War. Their names are inscribed on the white walls and include their date of birth and the day they were put on transport. The Pinkas synagogue is also a monument to the 7,500 children that died in the camps. While they were waiting to be deported, the children were encouraged to make drawings. The exhibition on the second floor shows these drawings and the names of these children.

Built in the seventeenth century, the Klausova synagogue replaced three buildings known as Klausen (German for a small building). One of these Klausen was the Talmud school of rabbi Lowe. The exhibition in the Klausova Synagogue includes Hebrew manuscripts, Torah elements and bronze Hanukkah lamps.

The Ceremonial Hall was used by the chewra kaddisja, the Funeral Brotherhood, who took care of the dead, the ritual washing and cleansing, Jewish burial rites and the bereaved. The hall is now home to an exhibition on Jewish customs and traditions on the themes of illness, death and burial as well as a series of eighteenth-century paintings depicting the Funeral Brotherhood. 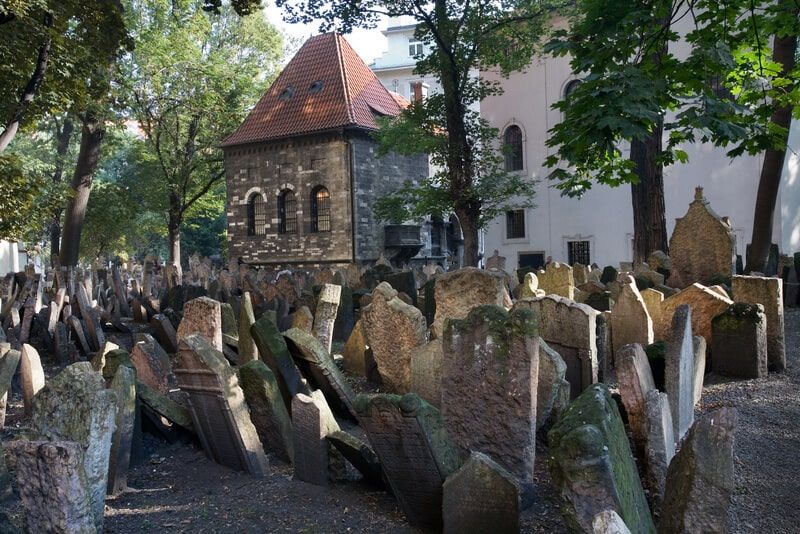 The Old Jewish Cemetery contains 12,000 tombstones and beneath them lie more than 200,000 bodies buried, layer upon layer. The earliest grave dates from 1439. Those early headstones have plain inscriptions but from the seventeenth century onward the graves are decorated with symbols showing the trade of the deceased. A pair of scissors would indicate a tailor. Many important member of the Jewish community were buried here: Rabbi Jehuda Loew, renowned scholar and inventor of the Golem, and the mayor of the ghetto Mordechai Maisel who built the Maisel synagogue.

The Maisel synagogue is named after Mordechai Maisel, the mayor of the Jewish community in the sixteenth century. Jews were not allowed to found synagogues, yet Rudolf II gave permission for such a building. The reason was simple: the emperor needed money to fund the war against the Turks and Maisel was his money lender. The synagogue houses an exhibition of religious objects and tells the history of Jewish people in Bohemia.

The Spanish synagogue is named after the Sephardi Jews who came to Prague in the sixteenth century to escape from the Spanish inquisition. The present building dates from the second half of the nineteenth century and is reminiscent of the Alhambra in Granada, Spain. The exhibition gives an overview of the history of the Jews in Bohemia and Moravia from the eighteenth century to the holocaust and highlights the life and works of Jewish writer in the Czech Republic. 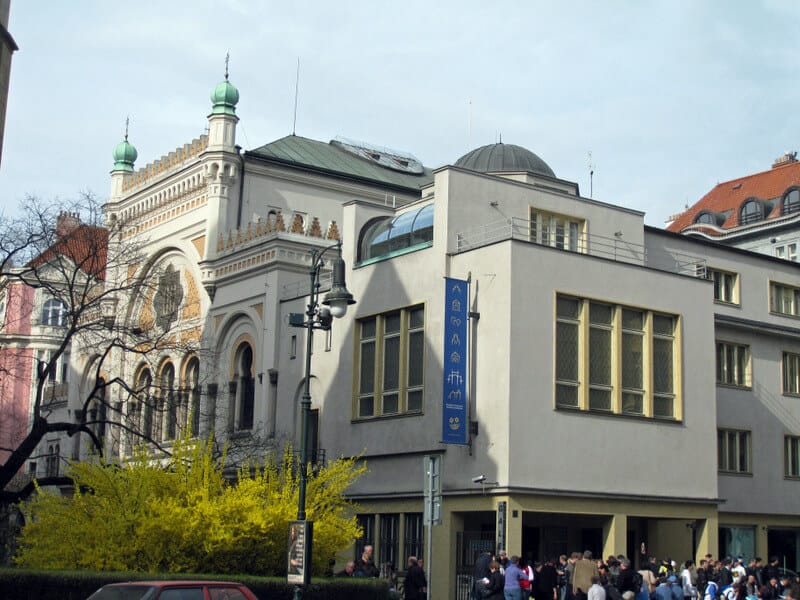 The Jewish Museum is in the Josefov district in the centre of Prague and close to Old Town Square.
Address: Jewish Museum, U stary skoly 1