Kafka Museum His Novels and His Life

Kafka Museum in Prague tells the story of Franz Kafka through letters, diaries, photos, drawings, 3-D installations and films. The exhibition shows Kafka’s world view through his writing and also the city of Prague where he lived. Franz Kafka (1883 – 1924) grew up in Prague’s German-speaking Jewish community; he spoke German and Czech, but wrote his novels in German. In 1933, the Nazis banned his work in Germany. During his lifetime, he published only a few short stories. He ordered Max Brod, friend and executor of will, to destroy all his manuscripts after his death. Brod did not comply and published Kafka’s work posthumously. The museum is housed in the former Herget brickworks and in front of the museum is a controversial work of art by David Cerny: ‘Proudy’, two pissing men. 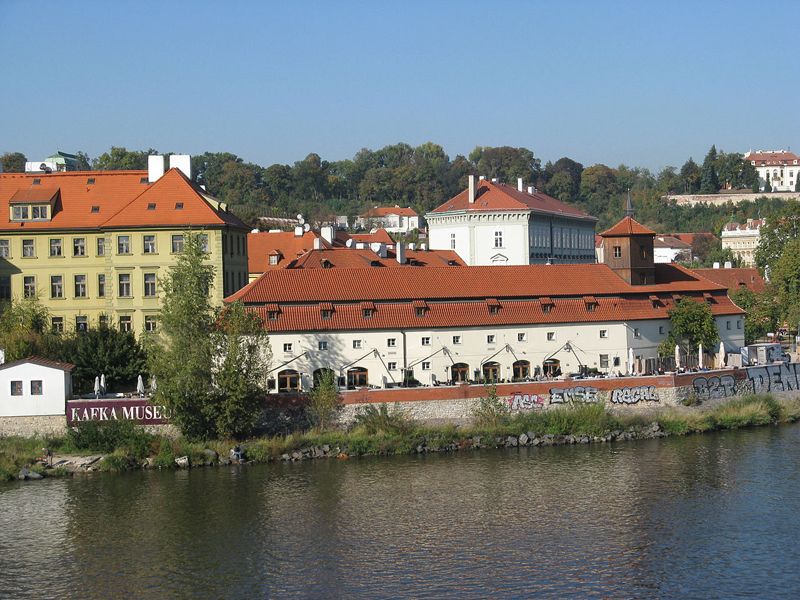 The exhibition at the Kafka Museum starts with an exposition of his Jewish heritage, based on old photographs of Prague’s Jewish quarter and fragments from Kafka’s letters. While listening to ‘Vltava’, from the symphonic poem ‘My Vlast’ by the Czech composer Bedrich Smetana, you watch a video about Kafka’s childhood when he lived with his parents in the U Minuty house on Old Town Square. The exhibition contains numerous other photos and extracts from letters. His problematic relationship with four women is highlighted by means of letters. This part of the exhibition ends with the period when Kafka was unable to speak, eat or drink due to throat tuberculosis and ends with the death of the writer. 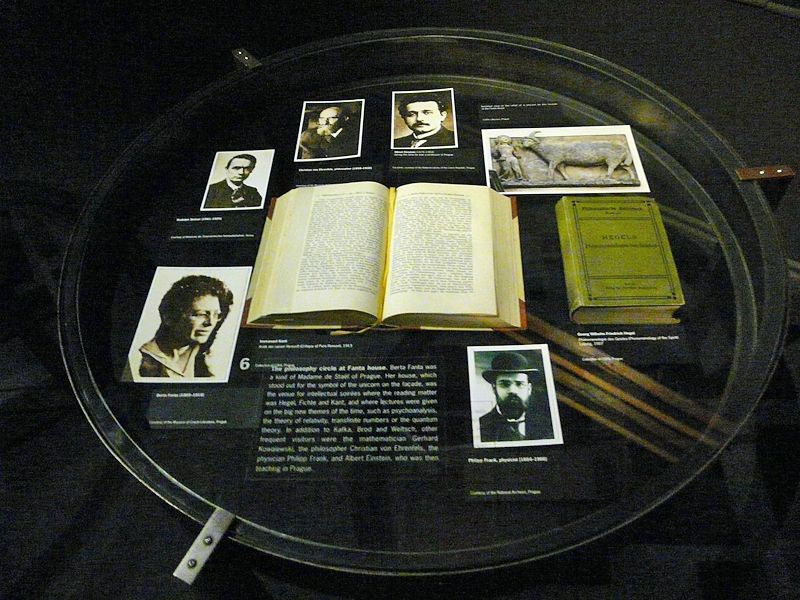 Kafka and his Novels

The stairs to the lower floor are lit by red lighting, showing infinity as if they will never end. Downstairs, you will find yourself trapped in an oppressive world of bureaucracy. The maze of large desk with drawers, labelled with names, refers to Kafka’s novels ‘Amerika’ and ‘der Prozess’ (the Trial). Then you move on to an audio-visual installation inspired by his unfinished novel ‘das Schloss’ (The Castle). The entire exhibition features compelling quotes from his books, letters and diaries. They make you feel involved in his work and his way of thinking.

The Kafka Museum is located in the former brickworks of Franz Herget. Later on, the works were used for storage and finally fell into disrepair. After a makeover between 2001 and 2002, the Hergetova Cihelna restaurant and the Franz Kafka Museum were established here.

Address: Kafka Museum, Cihelna 2b, Prague. The museum is on the west bank of the Vltava River close to Charles Bridge.
Open: daily 10.00 – 18.00 hrs 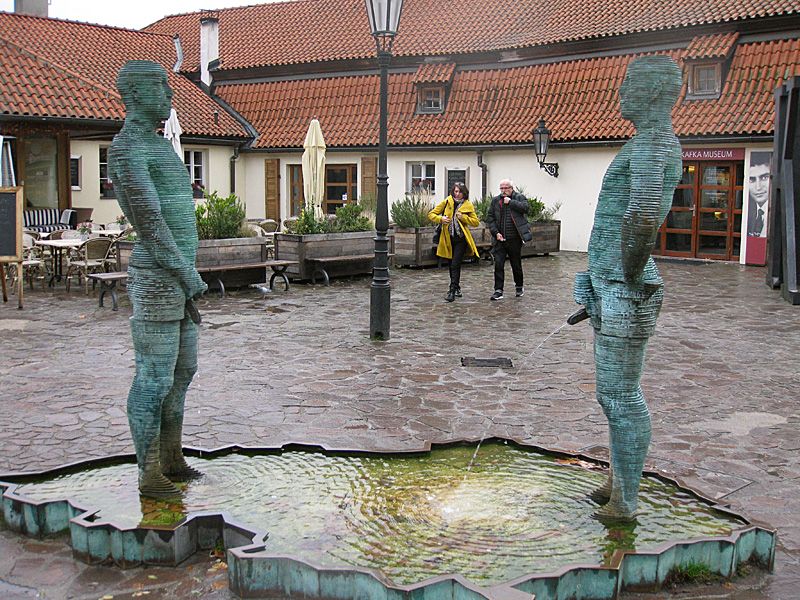