Karel Zeman Museum: the visitor is part of the exhibition. How do special effects work and how are they created? By using a photo or video camera, you can find out for yourself and become an amateur film producer. The interactive Zeman museum shows the life and works of film producer Karel Zeman the inventor of special effects technique. Popular films like Journey to the Beginning of Time (1955), The Fabulous World of Jules Verne (1958) and The Fabulous Baron Munchhausen (1962), made Czech cinematography famous in the 20th century. His films are combinations of live-action and animation. 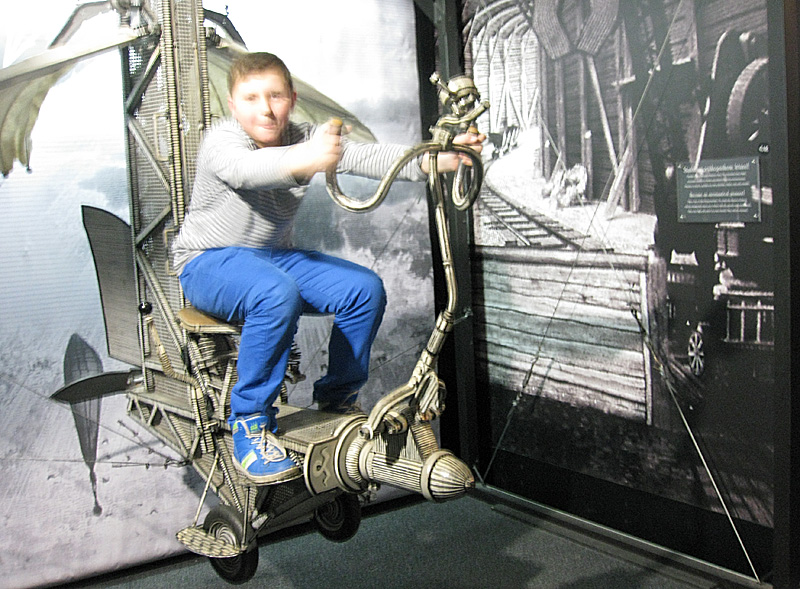 Visit the world of film special effects and learn about the man who invented them. His special effects techniques helped to make Czech cinema world-famous. You may have wondered how did film makers animate dinosaurs decades before Spielberg made Jurassic park with computer-generated animation.
The Karel Zeman Museum shows you how this was done. You can try out the same special effect techniques Zeman used with your own camera. Each room is a mini film studio where you can shoot your own movie. 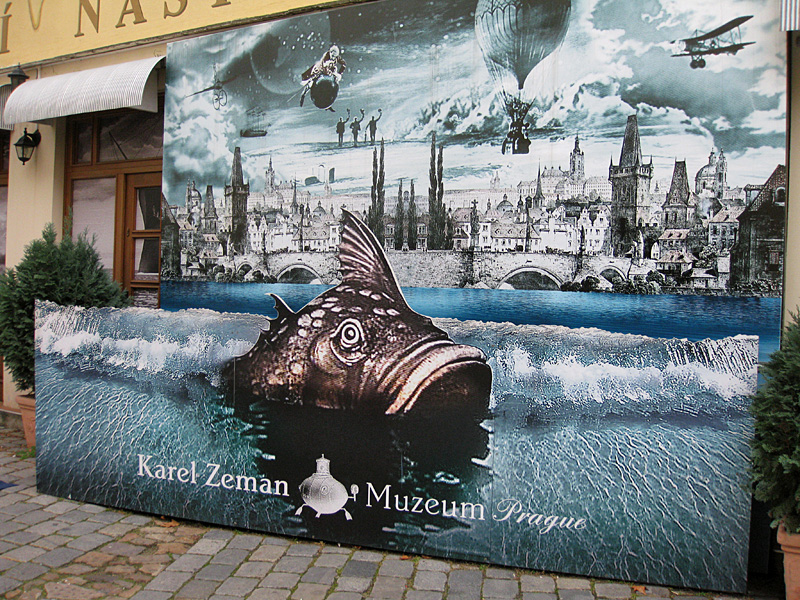 The museum is a replica of a film studio. The action is projected against a background of film sets, film cameras and monitors. When you step onto the raised stage, the moving background is provided, you are part of the film take. The whole museum is an interactive experience and shows animation technology as it was used between 1950 and 1980.

‘Journey to the Beginning of Time’ is a movie about of four boys on a boat trip travelling back in time. They face several dangers and stand eye to eye with mammoths, dinosaurs and trilobites. It is a combination of 2-D and 3-D. Zeman includes in his films real actors in combination with stop-motion and special effects. You will learn about prehistory and how Zeman filmed the mammoth scenes. Try out the 3-D technique for yourself by hanging sheets of paper behind each at different angles. Look through the lens of your mobile phone or your photo camera and you will see a 3-D setting.

Next, fly in a flying machine and get the sensation that you are actually flying through space or walk around the moon like Baron von Munchhausen. Sit at the controls of a submarine as in The Fabulous World of Jules Verne. The exhibition shows unpublished photos, the original puppets and other documentation material telling about the life and work of Karel Zeman. 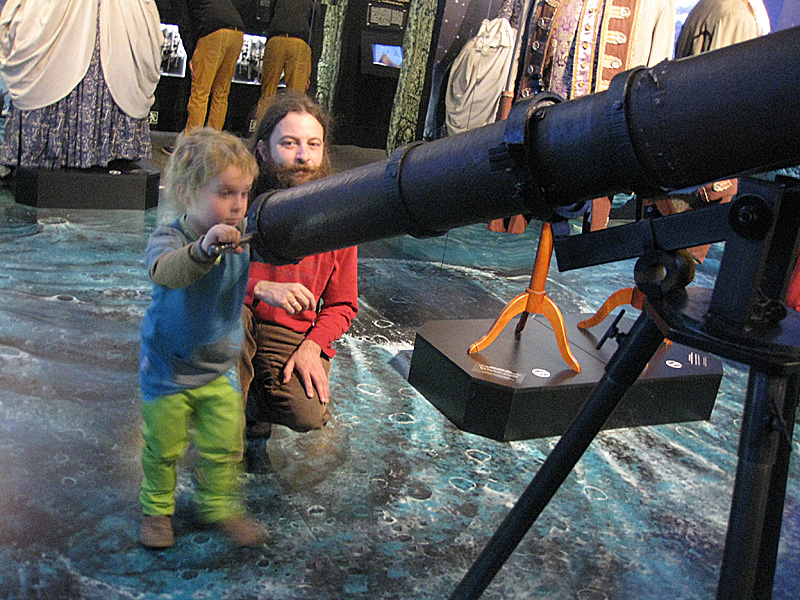 Karel Zeman (1910-1989) is regarded as the father of the Czechoslovak animation film. He started his career as a set designer in an advertising studio and ended as a film director. His work in the advertising studio made him familiar cartoon films. Zeman invented and designed the cartoon character Pan Prokouk, Mr. Prokouk, and from 1945 he made cartoons himself. His best-known film is a Devilish Invention (Czech: Vynález zkázy), a fantasy film from 1958. The film is based on Facing the Flag (1896) by French writer Jules Verne. The movie was a novelty at the time because it used stop-motion techniques that were revolutionary in those days.

Although the museum is small, you will need about one to two hours to see and experience everything. An interactive tablet is available in English, French and German.

The museum is wheelchair accessible.