The Museum of Communism in Prague offers visitors a glimpse of life in Communist days when fear and suppression were the order of the day from the coup in 1948 until the fall of the regime in November 1989. Climb the sweeping staircase of Palace Savarin at Na Prikope Street in the centre of Prague. Halfway, the stairs divide into two, one side leads to the Casino and the other to the Museum of Communism. Foreign visitors come here in droves but Czechs seem to avoid it because they don’t like to be reminded of an unpleasant past. 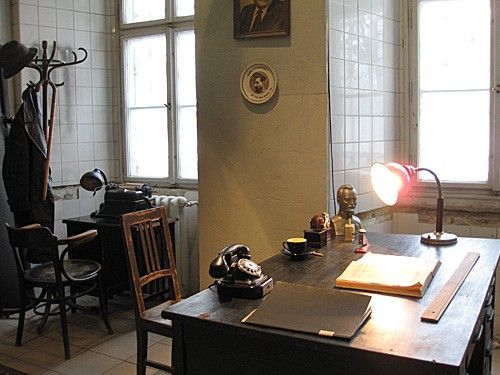 The museum of Communism  opened in 1991, only two years after the Fall of the Iron Curtain. Businessman, Glen Spicker, considered it important that the past should never be forgotten and that this cultural heritage should be passed on to the younger generations. He collected second-hand articles and found propaganda leaflets, banners, schoolbooks both in Czech and in Russian, medals, soup cans and many others things that were used in daily Communist life. Spicker worked together with Czech historians in realizing the exhibitions. The result is an impressive picture of Communism in Eastern Europe and in particular in Czechoslovakia. 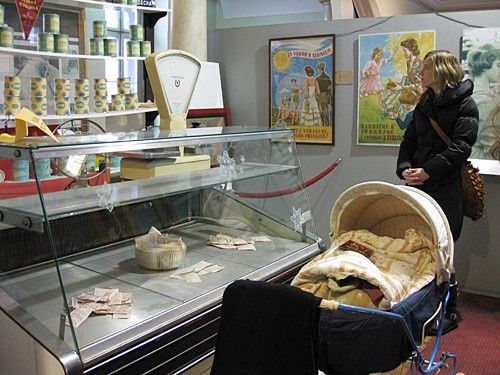 The Museum of Communism consists of three rooms: the Communist Dream, the Reality and the Nightmare. Poignant are the almost empty shelves in the shop and the bright light used by the secret police when interrogating often innocent citizens. The Russian and Czechoslovak flags hang side by side in a classroom. A text in Russian is written on the blackboard. The video footage is a virtual tour of life in Prague between Prague Spring in 1968 and the Velvet Revolution in 1989. 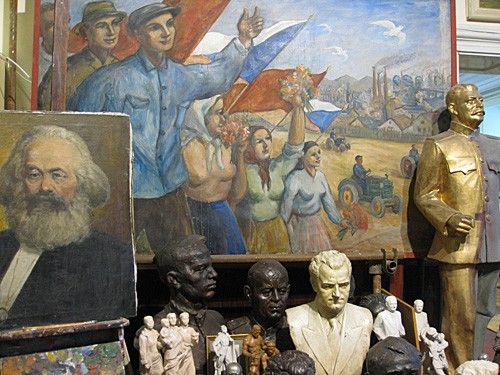