The Police Museum, Muzeum Policie ČR, in Prague teaches you how to catch criminals and solve crimes. The permanent exhibition shows uniforms, weapons, devices and police vehicles from the end of the 19th century to the present. You will also learn about police work during the Second World War and the Cold War. You will also become familiar with forensic techniques, including equipment and methods used by the narcotics squad. There is one problem: most of the descriptions are in Czech only. However, this is not a major drawback because the exhibits speak for themselves. 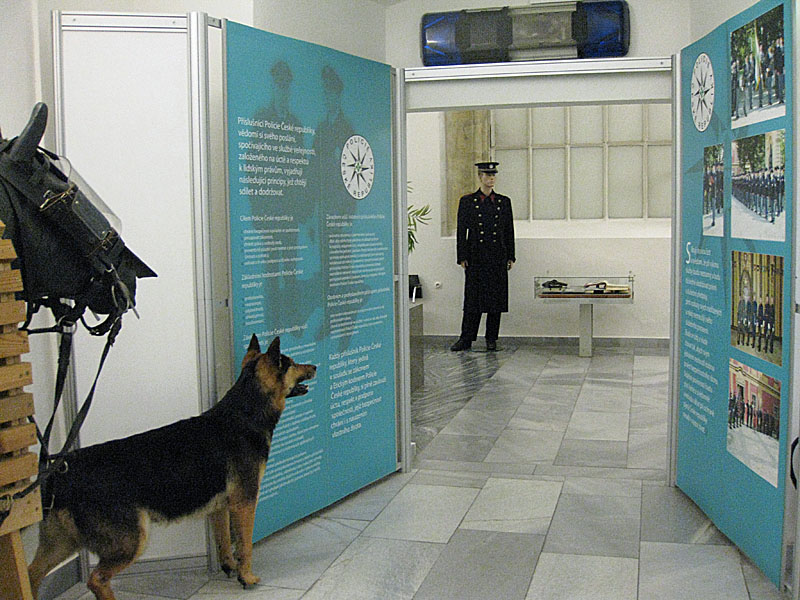 Police Museum what to see

One of the highlights of the museum is the stuffed police dog named Brek. It sniffed out dissidents in communist days. You can visit his grave in the museum garden. Interesting for children are the police motorcycles that they can sit on and pretend to be policemen. The homicide section is quite gruesome with death masks of executed criminals, a suitcase containing a half-decayed torso of a woman, the bloodstains are still visible. There is a mysterious plank with a box attached to it. The video (with English subtitles) in the next room explains what is was used for.

The plank with the box

The plank with the box was used in a blood-curdling murder in 1951: the Pilčík case. In Communist days, many wanted to escape the regime. Travel to the West was forbidden and impossible so some paid a lot of money to peoplele smugglers because only they knew the escape routes.

Pilčík pretended to be a people smuggler but was actually a murderer avid for money. When he was caught, only two bodies were found, but when his house was searched and victims’ personal items were found, it was clear that he had killed more.

During the search, the plank with the box was found. He used it to imprison a twelve-year-old girl who was thought to have crossed the border to the West with her aunt and grandfather, but Pilčík had killed them both. Pilčík made the girl write letters, as if she had escaped safely to the west, in an attempt to entice more victims to trust him and pay him. 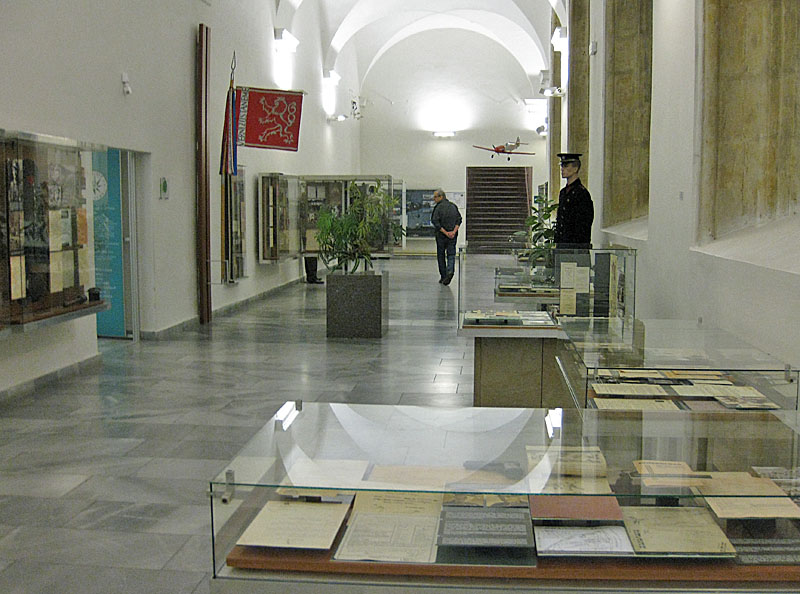 The suitcase with the corpse

A glass display case contains the original suitcase in which the body of the prostitute Otýlie Vranská was found, cut in half. One half was found in a train in Bratislava, the other in Košice, and both were sent from Prague. This was one of the most infamous murder cases in the history of the country and was committed in 1933.

Only one interactive exhibit

The museum is static and traditional and not interactive with one exception. Visitors can take their own fingerprints, be part of a crime scene and learn about the methods the police use in a crime investigation and what new techniques are available in criminology. 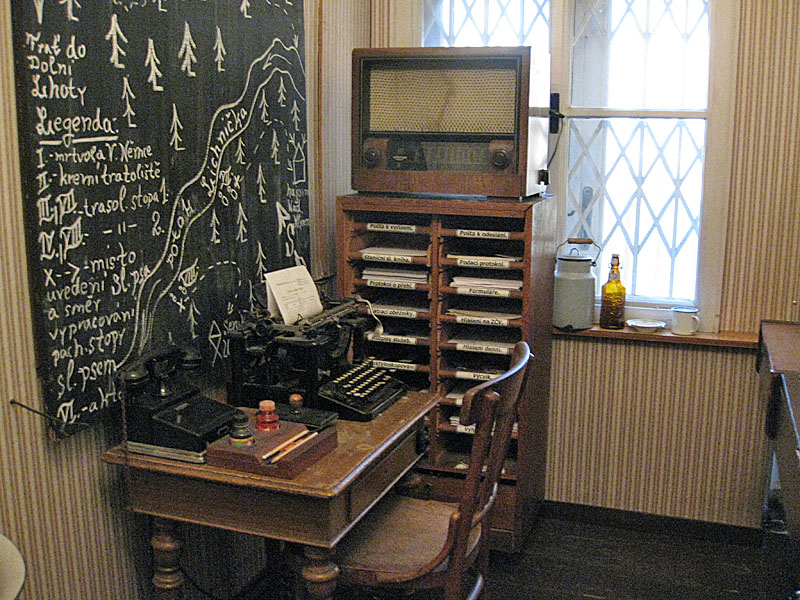 The Police Museum provides an overview of the history of the police in the former Czechoslovakia and present-day Czechia. All this is shown through uniforms, badges, weapons and photographs.

The exposition begins with a chronological history of Czech law enforcement. The first part focuses on policing from 1850 to 1938. The next section tells about the security forces in Bohemia and Moravia Protectorate and activities during the German occupation. This is followed by post-war developments and the establishment of the SNB (Sbor Národní Bezpečnosti – National Security Corps), the border guard and the state security (StB).

Part of the permanent exhibition shows how stringent the country’s borders were guarded when the communists were in power. The exhibition then moves on to contemporary policing in the Czech Republic.

Furthermore, forensic research, investigation and traffic control, civil protection and the work of the anti-narcotics brigade are highlighted. 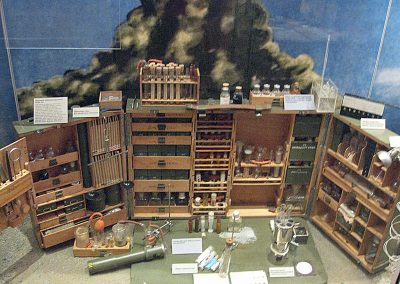 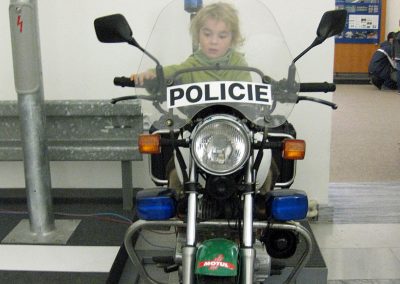 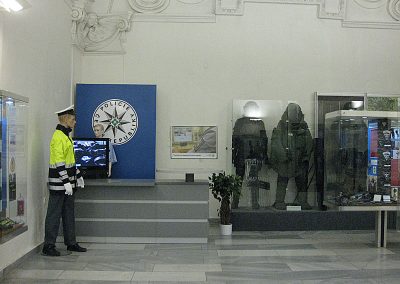 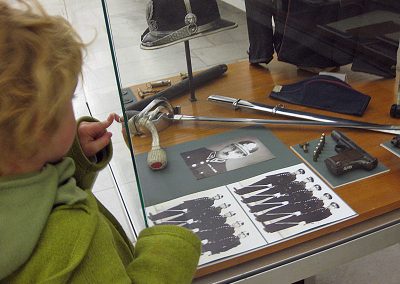 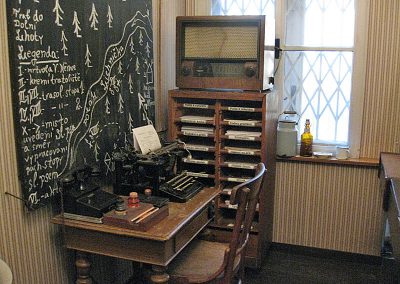 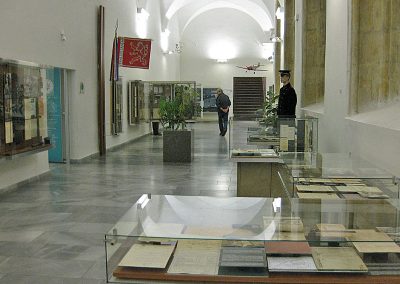 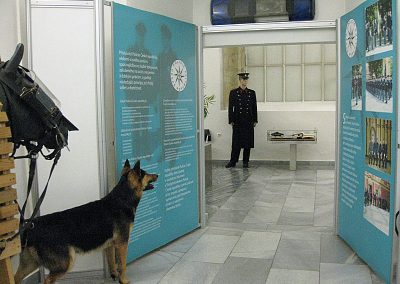