Tyn Church and its striking steeples and towers of the Church of Our Lady before Tyn dominates Old Town Square in the centre of Prague. This church is a landmark in the middle of the city and intrinsically connected with Jan Hus and the Hussite Movement. Step inside the church and admire the beautiful interior, that’s to say if you can find the way-in because the entrance door is concealed. It is generally believed that this church inspired Walt Disney when he created the castle for the Sleeping Beauty.

Tyn Church: Our Lady Before Tyn

Half hidden behind the Baroque façades of mansions on Old Town Square, This church on Old Town Square is a beacon. The full name of the Church is the Church of Our Lady Before Tyn. Before Tyn because this monumental Gothic church is right in front of Tyn Court, a tiny square where merchants traded in the Middle Ages but now surrounded by interesting shops and boutiques. The foreign merchants staying at Ungelt, the old name for Tyn Court, went to church here. 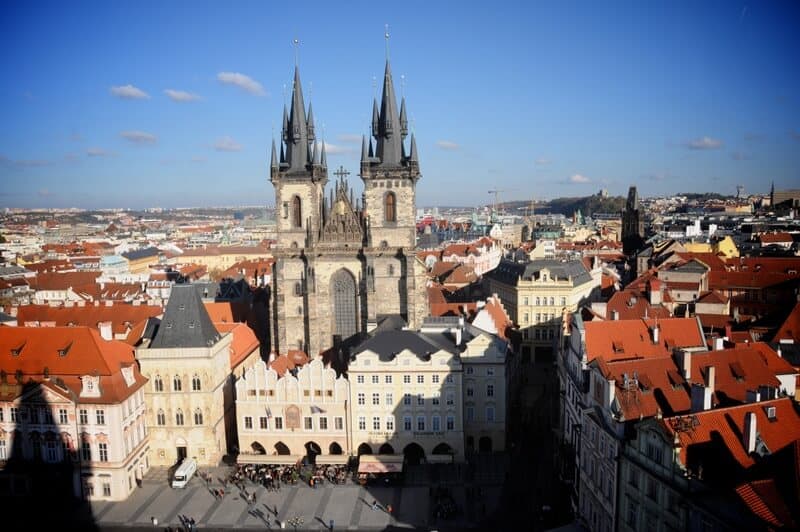 The two 80-meter tall church towers dominate Old Town Square. Have a good look because they are not symmetrical. The southernmost is noticeable thicker than the other one. They represent the feminine and masculine side of the world, a feature of medieval Gothic architecture.

Spires, turrets and spikes adorn the towers. Tyn Church is a large church and has three naves and three choirs stalls. In the fifteenth century the church was the center of the Hussites, a Protestant movement pursuing religious and social reforms. The Hussite Movement is named after Jan Hus, Czech priest, philosopher and reformer, who denounced the moral failings of the Catholic clergy. 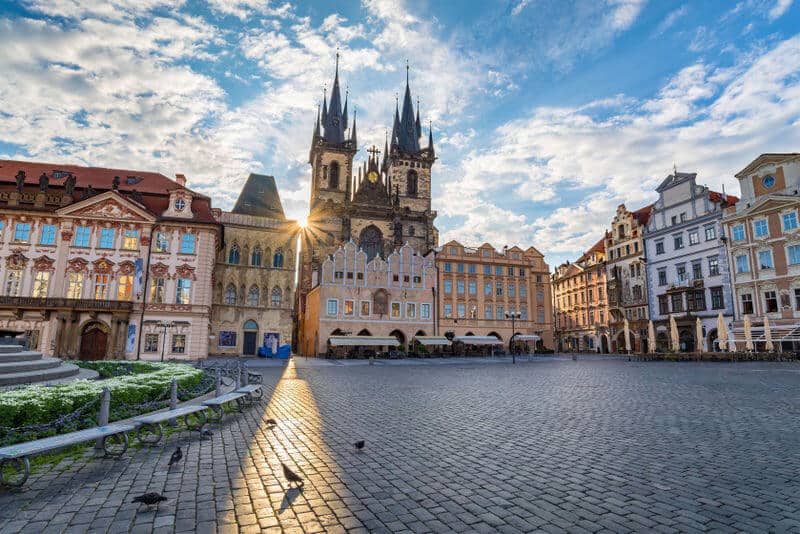 Extremely beautiful is the sculptured portal on the northern side representing the Passion of Christ. Look around the impressive and you will notice many remarkable details: the painting hanging above the main altar depicts the Ascension and Holy Trinity, and on the right Saint Barbara. In the second chapel on the left you will see a 600-year- old Madonna and a pewter font which is even older. The Stations of the Cross, twelve paintings dating from the fifteenth century deserve your full attention.

The tomb of Tycho Brahe is to the right of the main altar. This Danish astronomer who worked in the court of Rudolf II had a silver nose replacement because his nose was cut off when he was fighting a duel. 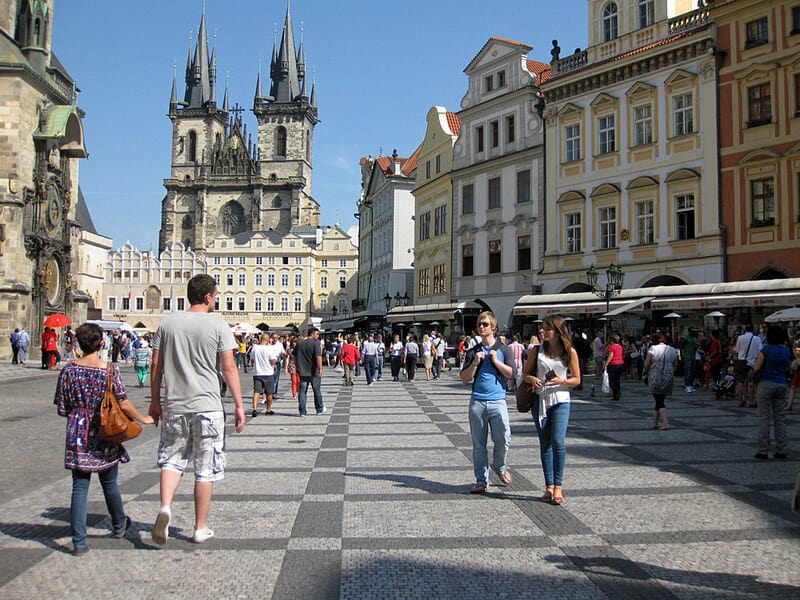 The Entrance to Tyn Church

The church is hidden behind mansions and the former Tyn School. Consequently, the church entrance is quite difficult to find. Here is a little help: the front of Tyn School on Old Town Square is made up of three archways. The third from the left takes you to the entrance of the church. 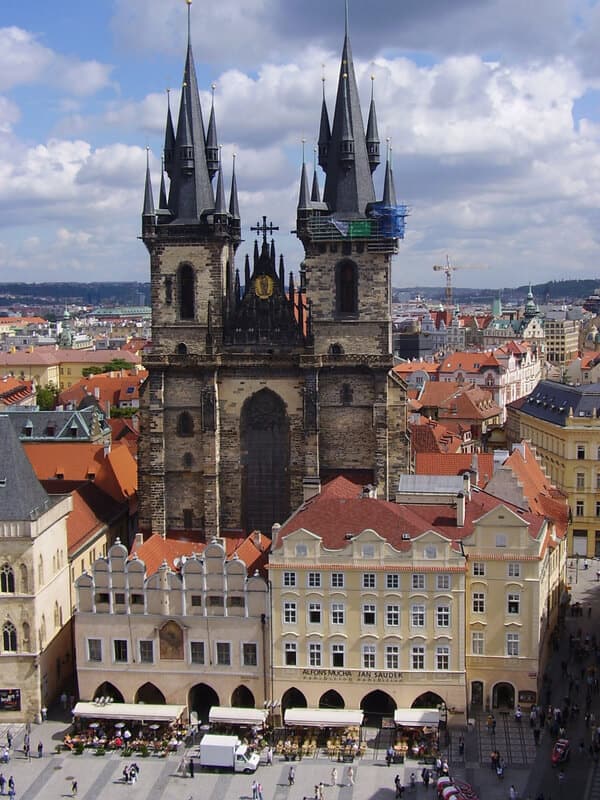