Attractions and Sights in Mala Strana

Sandwiched between the Vltava River and the Castle District, Mala Strana, Lesser Town, is the oldest neighbourhood in Prague. Cobbled streets, grand palaces and hidden gardens make this district worth exploring. The number one attraction is the Baroque Saint Nicolas Church, followed closely by Kampa Museum of Modern Art. Climb the observation tower on Petrin Hill for sweepings views of Prague

Attractions and Sights in Mala Strana

Summer is the ideal time to wander along the terraced gardens and wooded Petrin Hill. Leafy Kampa island resembles a French village. The giant babies, sculptures created by the controversial Czech artist David Cerny, are bizarre and huge. You will find them next to Kampa Museum. Close to Charles Bridge is the John Lennon Wall daubed with legal graffiti – a worthy tribute to the Beatle John Lennon and a political statement at the same time. Be sure to check out what clothes the Infant Jesus is wearing. Visitors from all over the world come to the church of Our Lady Victorious to worship the infant who works miracles and to see his large wardrobe lovingly put together by the Carmelite nuns. 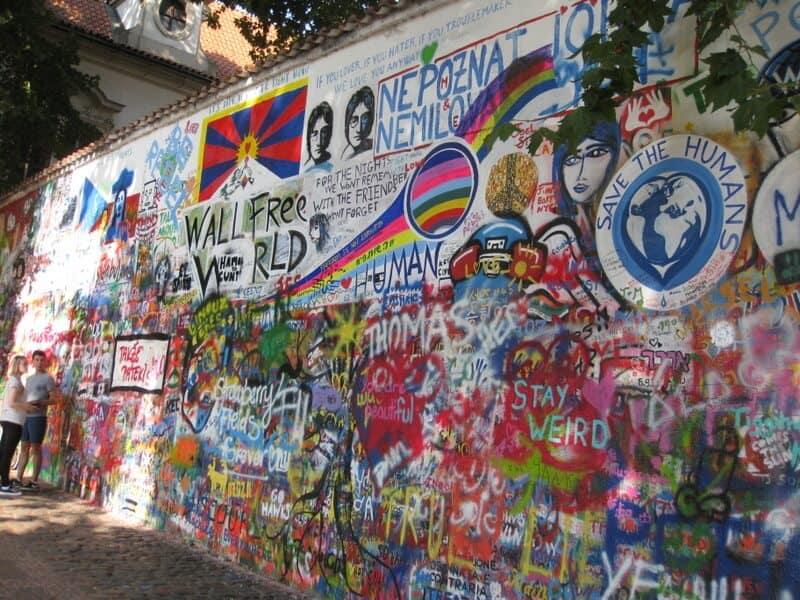 All steep streets south of Prague Castle lead to Mala Strana, the Lesser Town. This is the oldest part of Prague, but does not look at all old. After a major fire destroyed the neighborhood in the sixteenth century, Mala Strana was rebuilt in Baroque style. From the seventeenth century this neighbourhood was the favourite district of diplomates and trade missions. This is still the case.

Narrow alleyways, cobbled streets and picturesque staircases lead from one palace to another. Walk uphill through Nerudova Street to Prague Castle. Note the many plaques on the house fronts not meant as pretty decorations but of vital importance in the days when there were no house numbers. When you have reached Prague Castle you are rewarded with a magnificent view of the Vltava River and the city of Prague.

Mala Strana is popular with filmmakers who find the perfect eighteenth-century décor in this old district. Cars need not be tugged away, billboards need not be removed or traffic lights screened off as there are not many of these in Mala Strana. The film Amadeus plays in Vienna but many film shootings took place in Nerudova Street.

Mala Strana neighbourhood in Prague is synonymous for quiet squares, lush gardens, terraces and excellent restaurants, Mala Strana is heaven on earth after the throng of tourists in Stare Mesto, the historic city. 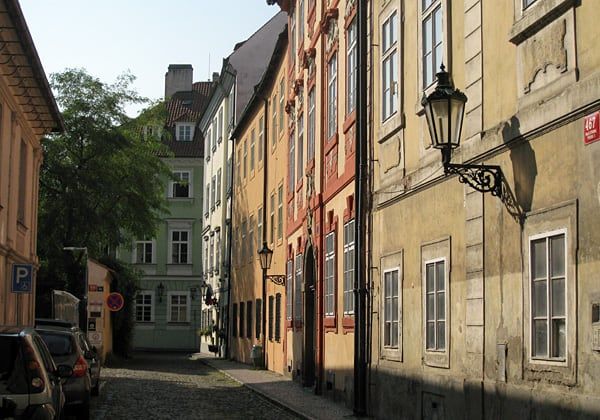