Attractions and Sights in the Castle District

Hradcany, the Castle District, towers high above the Vltava River. Although this neighbourhood is the smallest district of Prague, it is the most visited part of the city because it is home to Prague’s number one attraction: Prague Castle and Saint Vitus Cathedral. Prague Castle has been the seat of Government since the ninth century. As not many people live in this district, evenings are very quiet here. This was different in the old days when the Castle workforce lived here. Today many civil servants work in the castle district at the President’s office but they live elsewhere in the city.

Attractions and Sights in the Castle District

One castle, three churches five museums, several palaces and a multitude of visitors, add seven Castle Gardens and you will understand why Hradcany is a favourite spot for tourists. Most visitors go straight to the Castle and Saint Vitus Cathedral. Strahov Library crammed with old manuscripts in tall bookcases that reach to the ceiling is equally popular. If you want to see the smallest book in the world you will have to pay a visit to the miniature museum where you can also see a sailing boat on the wing of a mosquito. Stand at Castle Square for a sweeping view of Prague with its hundred towers and the Vltava River. 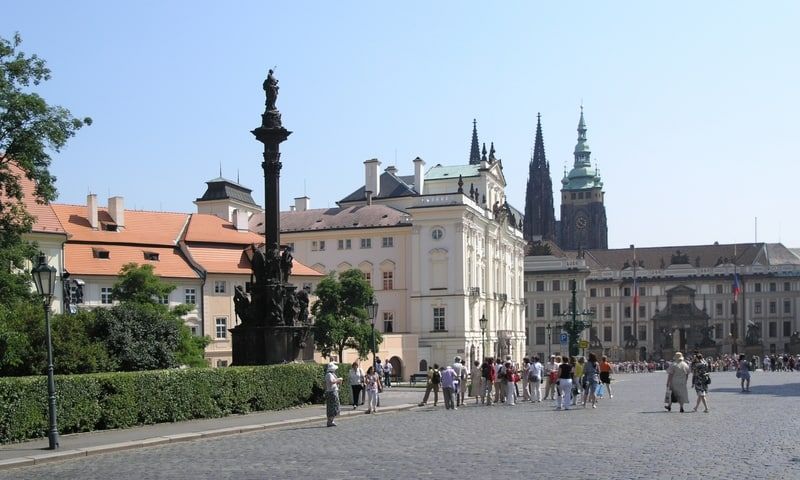 Shopping in the Castle District

There is no serious shopping in the Castle District apart from the odd souvenir shop that sells the same souvenirs as in the historic centre. Yet, there is one shopping street with a difference: Zlate Ulice or Golden Lane. In the sixteenth century the castle guards lived here in small cottages. Today a host of visitors saunters up and down Golden Lane which derives its name from the goldsmiths who once had their workshops here and is now full of souvenir shops.

The winding alleys behind Prague Castle are known as Novy Swet, New World, are a photographer’s dream. One of the best places in Prague to savour Czech dishes is Restaurant U Zlate Hrusky, In the Golden Pear. Be sure to try roast duck with potato dumplings and red cabbage.

The Castle District is a must-see for all tourists to Prague. Prague Castle is the city’s number one attraction. If you want to avoid the long waiting lines buy your tickets online. 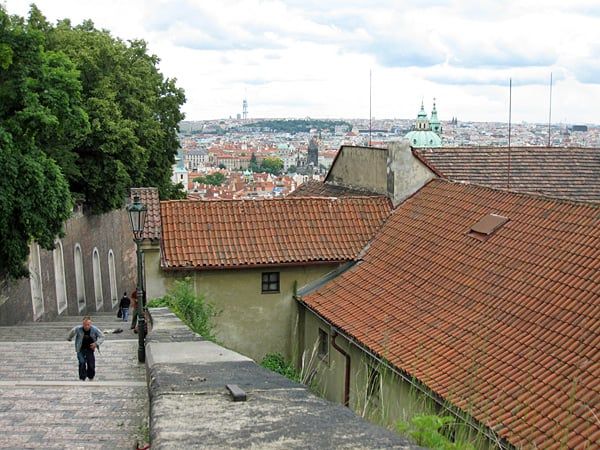