Letna Park sits on the top of a wooded hill overlooking the Vltava River and the historic centre of Prague. When in Prague, be sure to stroll through the Park and afterwards sit in the shade of ancient chestnut trees, with a refreshing beer and take in the views of the River and its bridges. Letna Park is located between the districts of Holesovice and Hradcany and lies in the curve of the Vltava River. In summer, this leafy park is home to walkers, joggers, cyclists and skaters. Swirling leaves and thick snowflakes make Letna Park also attractive in autumn and winter a perfect place to wrap up and stroll, and ideal for photography enthusiasts. The best time to visit is in springtime when the daffodils and tulips are blooming, to breathe in the heady scents of a new year beginning. 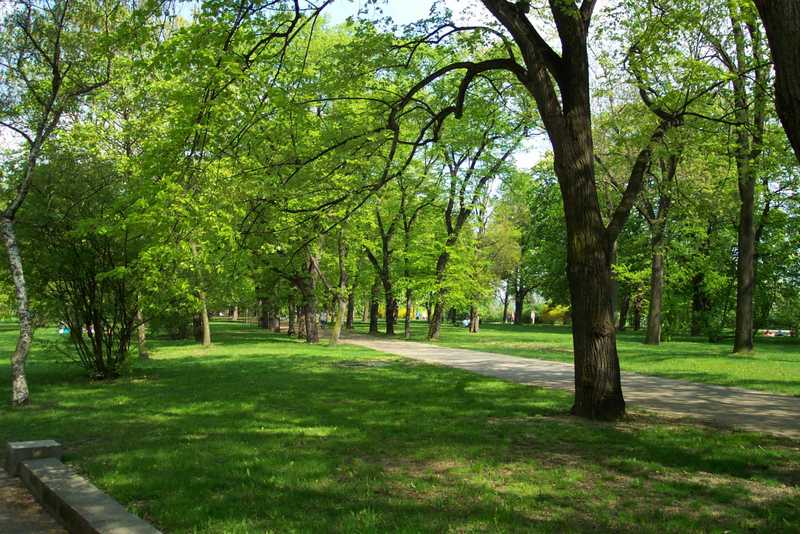 Letná Park: what to see and do

1. Hanavsky pavilion and view of the bridges and the Vltava River
2. Metronome and the blown-up Stalin Monument
3. Expo 58 Pavilion
4. Beer garden and Letná Castle restaurant
5. Carousel and František Křižík
6. Villa Kramar residence of the Czech Prime Minister
7. Letná for a workout
8. Apple and beech trees and flowers everywhere in the summer
9. Stadium Letná 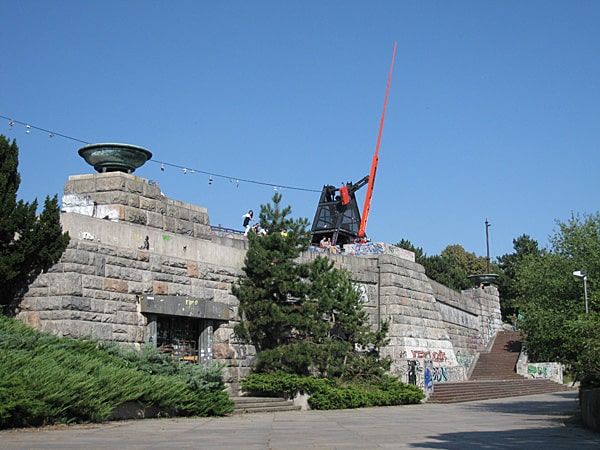 Hanavský Pavilion was built for the Jubilee Exhibition of 1891. It was the first building in Prague with a cast-iron framework. Originally it stood at the Výstaviště fairgrounds in the Holešovice district, but was dismantled and moved to Letná Hill after the exhibition. Today, the pavilion is an up-market restaurant whose terrace offers the best view of the bridges over the Vltava River.
Late autumn, winter and early spring are the best seasons for photographers when leafy trees do not obstruct the river view. The best spot to see a series of bridges is in front of Hanavský Pavilion. More about bridges and the Vltava River. 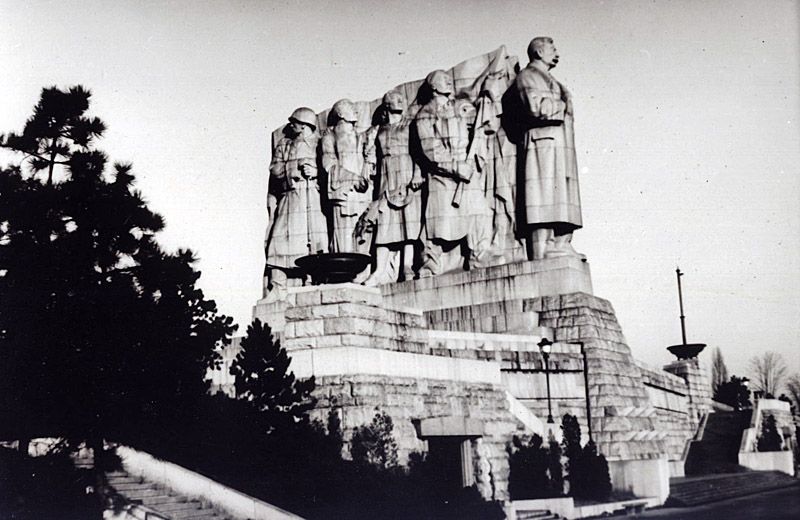 Stalin and the Metronome

Until 1962, a huge statue of Stalin stood on the top of Letná Hill. All that remains is the giant plinth now home to a huge metronome: the symbol of time. It took three years and six hundred workers to complete this 22m tall statue of Stalin depicted with a procession of workers and scientists in his wake. The pedestal had a built-in, but never used, bomb shelter. Ironically enough, Stalin himself never saw the finished work. It was unveiled on 1 May 1955, two years after his death.

Nikita Khruschev, Stalin’s successor, accused Stalin of crimes including executions, torture and imprisonment of loyal party members on false charges. He blamed also Stalin for foreign policy errors that led to loss of life in the Second World War and to the German occupation of large areas of Soviet territory.

It was clear that Stalin had become an embarrassment for the communist party of Czechoslovakia. In 1962, the monument was blown up with 800 kilos of explosives. Since 1991, the marble pedestal forms the base of a giant kinetic sculpture of a Metronome called The Time Machine.

More about the history of the Stalin Monument 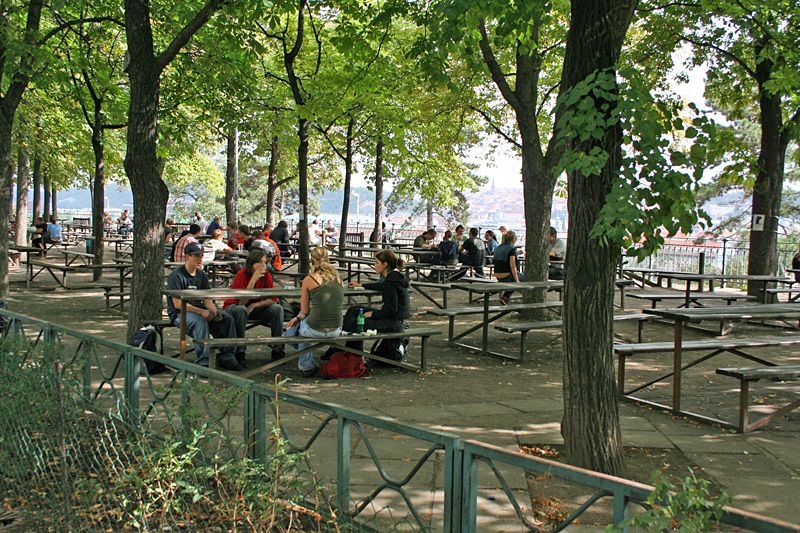 Expo 58 Pavilion was the eye catcher at the 1958 World Fair in Brussels and still amazing to see. Built of steel and glass, the Czechoslovak contribution to the fair was, and remains an architectural work of art. After the exhibition, the building was disassembled moved to Prague and used as a restaurant for some years. Today, it is the office of an advertising agency. More about Expo 58 Pavilion.

Join the locals for a beer in the open-air ‘pivnice’, a popular beer garden where you drink Czech beer while sitting on wooden benches under shady trees overlooking the Vltava River. Dine in style in Letensky Zamek, Letná Castle Restaurant, a favourite for Sunday lunch. 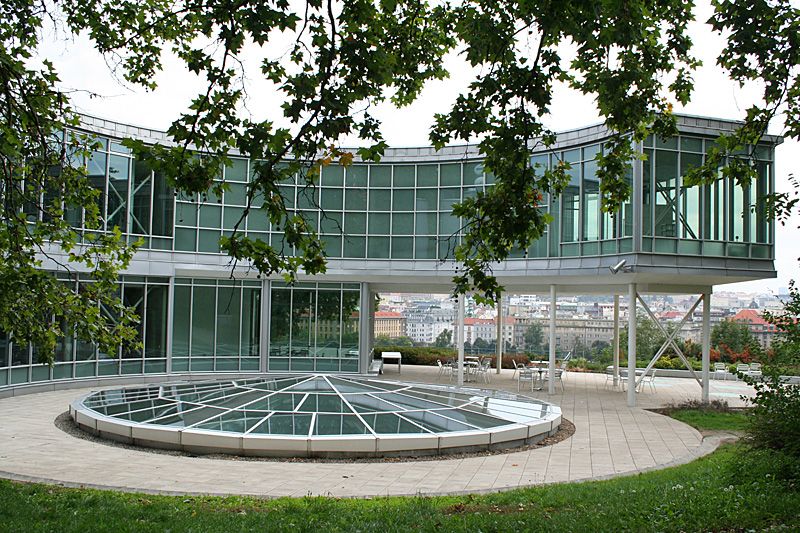 Letná carousel is the oldest of its kind in Europe. This merry-go-round was built in 1892 and stood in de in the Vinohrady district. In 1894 it was moved to the Letná. Originally, the carousel was powered manually but in 1930 an electric motor was. The carousel is being restored to its former glory. Until now, the horses covered in real horse hide have been renovated. More about Letna Carousel

Villa Kramar has 56 rooms and was built between 1911 and 1914 for Karel Kramar, who would later become the first Czechoslovak Prime Minister. Since 1998, the villa has been the official residence of the Prime Minister of the Czech Republic.
Behind Villa Kramar is a brick wall, part of the St Mary Magdalene bastion. From 1881 to 1911 a cannon stood on the wall. At exactly noon, two artillery soldiers fired the cannon so that everyone could synchronize their watches and other clocks. This custom ended when Villa Kramar was built, because the residents didn’t want a life-size cannon in their backyard.

The Park for a Work-out

Letná Park is the ideal spot for a work out. There is a 1.5-km loop around the park, great for running, cycling and roller skating. The park features a tennis court and place to play ping-pong. In the summer, the park is a venue for concerts, workshops, open-air theatre and cinema.

Stadium Letná, home of AC Sparta Prague, can accommodate 18,887 spectators and is now known as Generali Česká pojišťovna Arena. The stadium was built in 1921, but the current building dates from 1995. From the beginning, the stadium was also used as a place for speeches at events held in Milada Horaková Street and on the plateau of Letná Hill. During the Velvet Revolution in 1989, some 800,000 people gathered here for anti-government demonstrations. 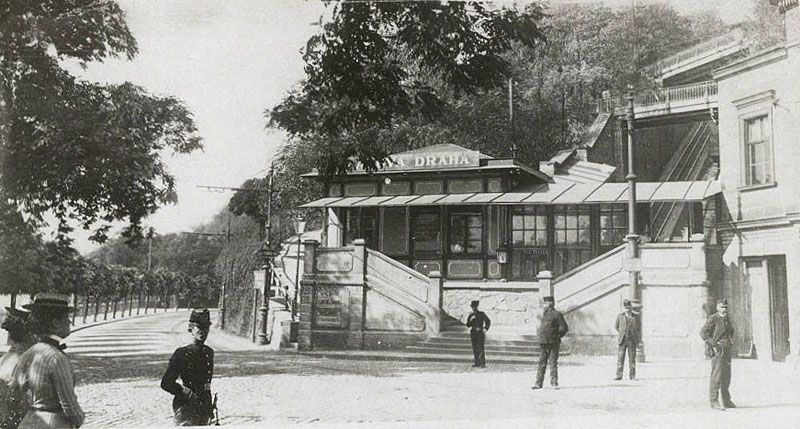 Letná park was a military camp in the Middle Ages because of its strategic position. Emperor Rudolf II (1576 – 1612) had an irrigation tunnel built under Letná that runs all the way to Stromovka Park.

Letná Park is best reached from the Jewish Quarter, follow Pařížská Avenue, cross the Svatopluk Čech Bridge and climb the stairs. Letná used to be covered in vineyards because of the south-facing slopes. It was not until the nineteenth century that Letná became a public park.

Until 1989, Letna park was the site of Moscow-style military parades and May 1st festivities. Thousands of Czechs marched past the Sparta Stadium on the side of Milady Horakova Street to pay tribute to their communist leaders before heading to the parade ground. 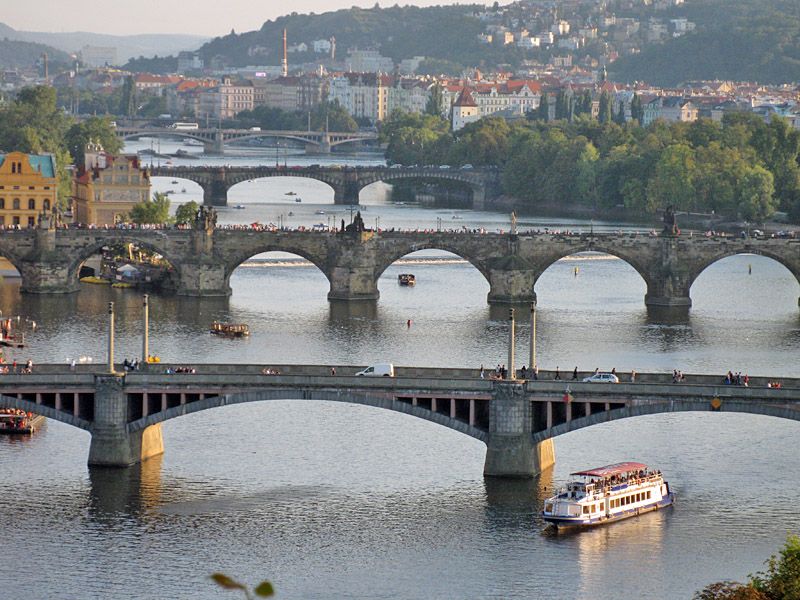 The Letná funicular has long since gone. It ran from Stefnikuv Bridge and took people to Letná Castle next to the beer garden. This first funicular in Prague opened in 1891 and operated until 1916. The remains of the upper landing have been restored and now function as a look-out platform.

Prague’s first electric tram linked Letna and Stromovka and operated from 1891 to 1900. The tram went back and forth on a single track and the route was very short. The speed was 10km/h and the trip took about five minutes. Until then, trams were pulled by horses and an electric tram was quite an innovation.

Its inauguration coincided with the 1891 Centennial Exhibition. About a meter of the original tracks are still in the park. They are marked with cobble stones and a plaque explains what they were.

There are two ways to get to Letna park:

1. From Old Town Square: take Parizska Street and cross the Vltava via the Cechuv Bridge. Walk up the stairs and you are on Letná.
2. Take 1, 8, 12, 25 or 26 to the Letenske Namesti tram stop

Letná Beer Garden is open every day from 11am to 11pm and closed in winter.