Riegrovy Park is an extremely popular park in the Vinohrady district in Prague for two reasons: The park offers the best views of Prague and what is even more important the Riegrovy Beer Garden is the second largest beer garden in the city. You are bound to meet one of the other 1399 beer lovers as the capacity is 1400 souls. The bonus is excellent Czech beer at a local price.

The beer is cheap, the food is tasty; Czech grilled kolbasa (sausages) and nakládaný hermelín (marinated Camembert cheese) served in big portion at the food stand. Drink and eat at one of the tables with huge umbrellas or go out into the park if you want peace and quiet. Big sports events are shown on a huge screen. Come here to cheer the ice hockey team or watch music videos. No WiFi to distract you; all your attention can go to your friends! 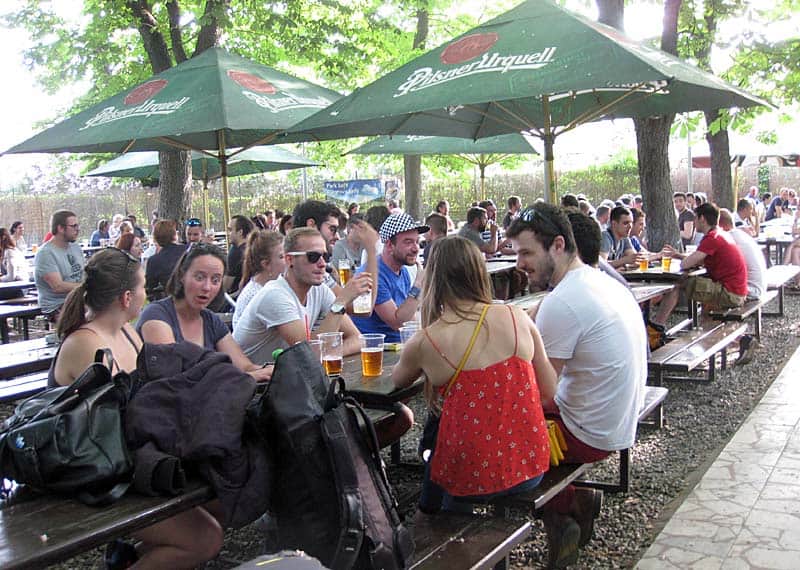 For non-beer drinkers Riegrovy sady is a beautiful green park with winding walk and breathtaking views of Prague Castle. The park is large because early in its history neighbouring gardens were linked together. The park is named after the Czech politician Rieger whose statue was revealed in 1913. The sculptor was Josef Vaclav Myslbek who has a modern shopping centre in Narodni Street named after him. Make sure you have a look at the huge Sokol gym on the southern edge of the park. Sokol was physical education movement established in 1862. Today each district in Prague has a ‘sokol’ or gym. During the Nazi occupation the park was renamed Smetanovy sady after the Czech composer Bedřich Smetana because the politicians Rieger was out of favour with the Nazis. After the war, the park got back its original name.

Sit on the roof terrace of the former Mlekarna, dairy shop, if you want to have your coffee in more peaceful surroundings. It is in the middle of the park, close to the cart track and the obelisk decorated with bird reliefs. Also in the grounds are a children’s’ playground, many benches and an abundance of flowers in summer and bushy plants. Riegrovy Park is the perfect place to be after a hectic day of sightseeing in Prague. 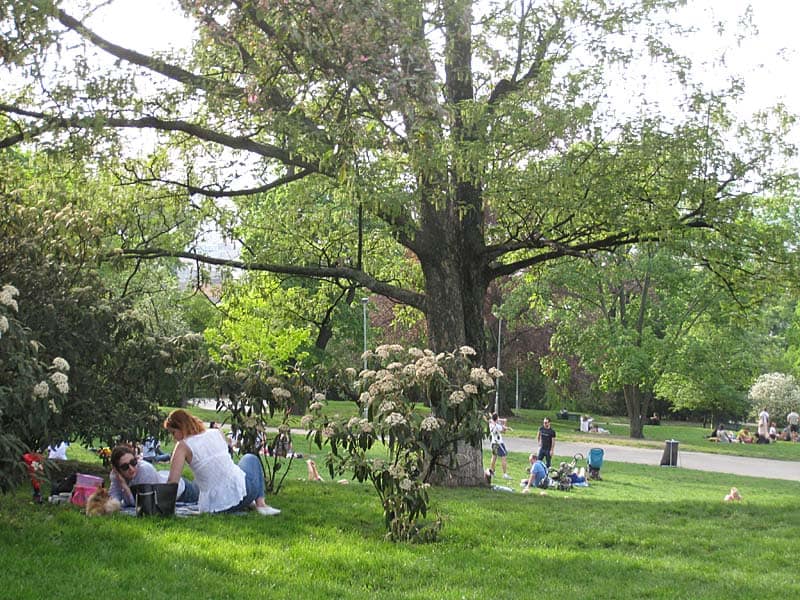