The Royal Garden in Prague, Královská Zahrada, is a kaleidoscope of colours in spring and summer: yellow tulips, mauve hyacinths, ivory white roses and cobalt blue asters. Historic buildings surround the Royal Garden; Belvedere, Ball Game Hall and Dientzenhofer Summer House. When the Royal Garden was laid out in the sixteenth century it caused quite a stir because the Italian botanist planted exotic species such as citrus and fig trees. He was also the first horticulturist to grow tulips in northern Europe.

Belvedere in the Royal Gardens

At the east side of the garden is situated the Belvedere, the summer residence of Ferdinand of Habsburg, King of Bohemia and of a whole string of other countries. Ferdinand had the palace built for his spouse, Queen Anne, who never lived there because she died before the construction was completed.
The summer palace is a wonderful example of Italian Renaissance architecture. Pay special attention to the roof which is reminiscent of a ship’s hull. The arched gallery with slender columns makes the palace look very elegant. Look up at the roof and admire a few of the seventy-four bas reliefs. 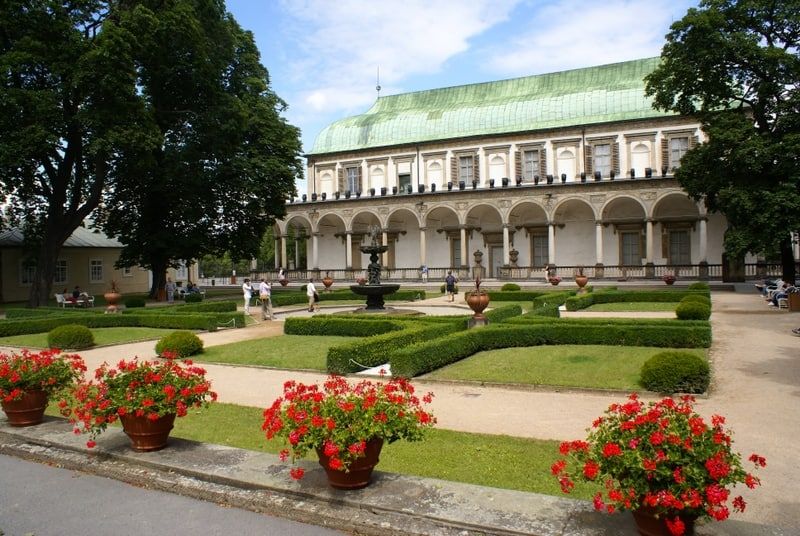 Left of the Belvedere is the ball game hall whose facade is decorated with sgraffito. The allegorical representations depict science, virtues and chemical elements. Sgraffito has to be renewed every twenty years or so. In Communist days during renovations a modern addition was added. Look at the statues of the ladies sitting on the edge of the roof. The tenth from the right has a hammer and sickle in her hand. At a lower level, behind the Ball Game Hall is the orangery where exotic plants are still being grown.

The singing fountain stood in the middle of the garden. The fountain is still there but it doesn’t sing anymore. When the water flowing out of heads of the numerous figures and animals, dripped into the bronze bowl and you put your ears against the rim a ‘singing sound’ was to be heard. After a recent restauration of the fountain, the singing sound was lost.

A bit further down, on the same side as the ball game hall you will see a mustard-coloured building. This was the residency of the President of the Czech Republic from 1948 to 1998. During the beginning of this period, large parts of Prague Castle were closed. In 1948 hiding places and subterranean corridors were dug out so that the residency was directly connected to the castle complex. Hardly had the underground corridors been finished when they were blocked. It was likely that ant-communists would use them as shelters. 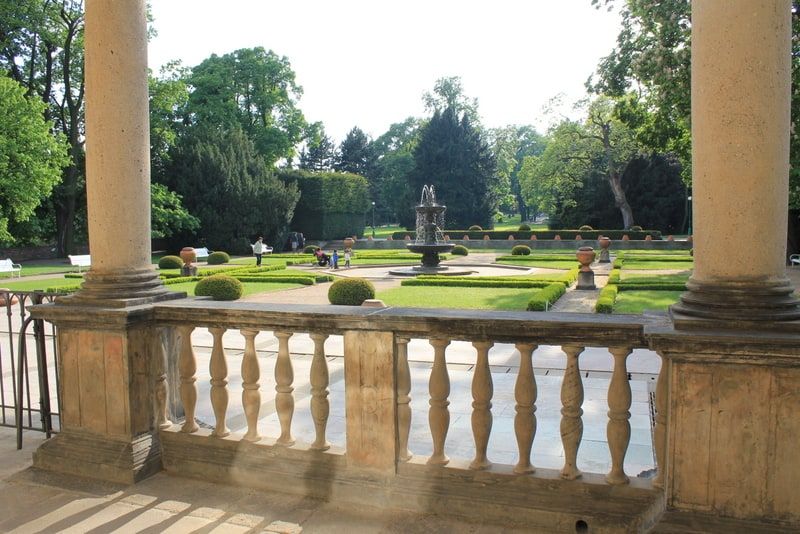 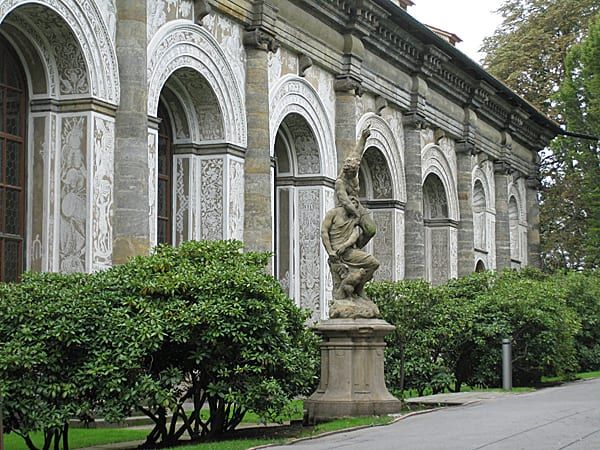