Dancing house, do houses dance? In Prague they do: two intertwined towers vaguely reminiscent of two ballroom dancers. He is the stiff vertical half and she is his swinging glass partner. The pinch in the middle not only indicates her slim waist, it also permits the neighbouring apartment a glimpse of Prague Castle from its window. The Dancing House is one of the many examples of modern architecture in Prague. 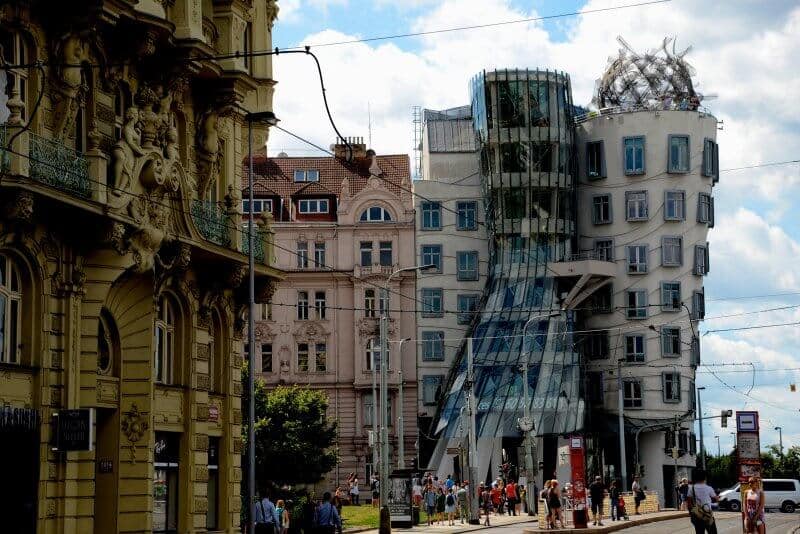 The Dancing House, a jewel of modern architecture, is situated just outside Prague centre opposite Jiraskuv Bridge, the second bridge south of Charles Bridge. The Dancing House, Tančící dům in Czech, is an eye catchers and in stark contrast with the Art Nouveau neighbouring buildings. It fills the place of an apartment building bombed in in the Second World War. The bombed building contained the apartment where Vaclav Havel spent his childhood years and where he lived until 1990. Havel was a Czech writer and former dissident. He was the last President of Czechoslovakia from 1989 until the dissolution of Czechoslovakia in 1992.

Havel commissioned Canadian-born Frank Gehry, famous for his design of the Bilbao Guggenheim Museum, to design a building that would fit the 500 square metre bombed site. This proved quite a challenge. Gehry decided to use concrete panels of different shape and dimensions. The result is the Dancing House with bold, sweeping outlines. Construction work lasted for two years and the building was finished in 1996 causing quite a controversy. The Dancing House starkly contrasts with its fin de siècle neighbours. Today it is regarded as one of the more interesting modern buildings in Prague. 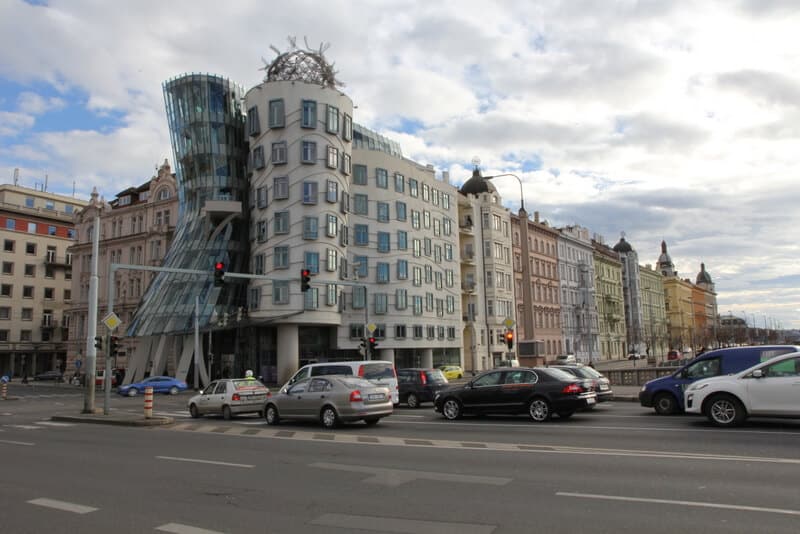 The Dancing House is used as an office building and not open to the public. Dining in Ginger and Fred on the seventh floor is the only way to see the interior of this remarkable building. Enjoy an exquisite lunch or dinner in surroundings as extravagant as the dancing house itself. This is a place to indulge in unusual combinations. Salad with endives, pears, roasted peppers and cucumber, seaweed with prawns, calamari and pineapple or quail with red wine and saffron sauce served with dates and orange purée are only three of the tantalizing dishes. Enjoy your meal against the backdrop of Prague Castle and St Vitus Cathedral. 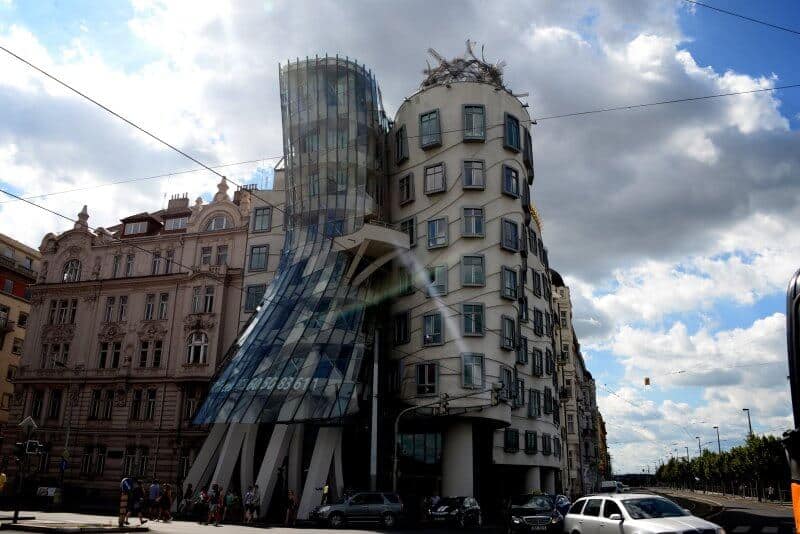