The eye-catcher on the Old Town Square in Prague is the Nicholas Church. Splendid statues adorn the white facade: the church is unmistakably a Baroque building. It is the church of the Hussite community in Prague. Come here on a Sunday morning for a religious service or in the evening to listen to a classical concert. Be sure not to confuse this St. Nicholas Church with St. Nicholas Church in Mala Strana, on the other side of Charles Bridge and the Vltava River. 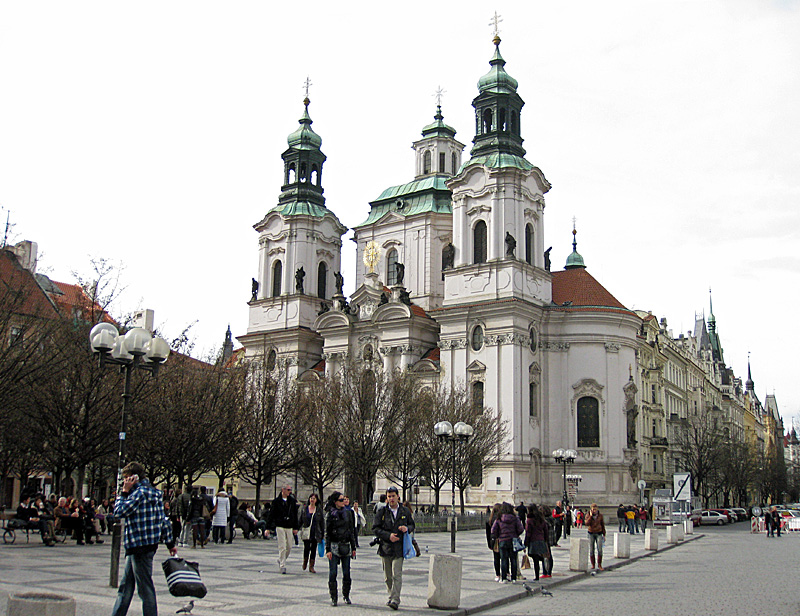 Nicholas Church dominates Old Town Square, but this was not always the case. The church stood hidden behind Krenn House, a three-storey medieval building which was demolished in 1901.
The interior of the church is decorated with statues of saints and the trompe l’œil paintings create interesting lighting effects. The frescoes in the dome tell the lives of Saint Nicholas and Saint Benedict. In the nave hangs a huge chandelier a gift from the Russian Tsar Nicholas II to the Orthodox Church, which had been using the church since 1871.
Be sure to have a look at the magnificent organ, or better still, come in the evening to listen to an organ concert. Programme flyers are handed out in front of the church. 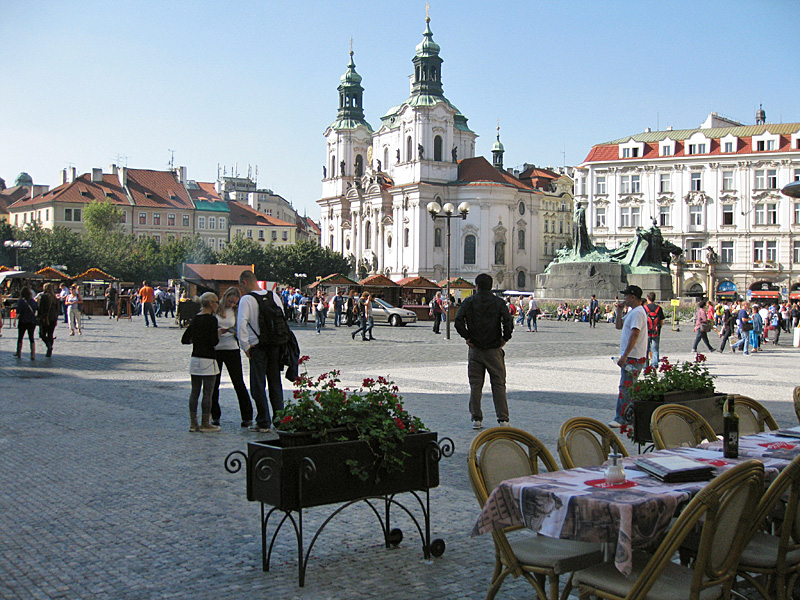 Churches come and go. This is also the case for the Nicholas Church on the Old Town Square in Prague. In the early eighteenth century, the Gothic thirteenth-century church was demolished to make way for this new and, at the time, very modern church.

The interior of the church was inspired by the Chapel of Saint-Louis-des-Invalides in Paris. In 1781, all statues, frescoes and other decorations were removed after Emperor Josef II ordered that all monasteries and churches with no social function should be closed. One hundred years later, in 1870, St. Nicholas Church became a Russian Orthodox Church.

During the Second World War, Czech army units stationed in the Nicholas Church were put to work to restore the works of art in the church, together with professional artists. Much of what we see today is due to their painstaking efforts. After the war, the church was handed over to the Czech Hussite movement, and today it is still a Hussite church.

Prague-Now tip: Although the church is heated in winter, it is recommended that you wear warm clothes when attending a concert because the church stays quite cold.