The mural along Zenklova Street combines comic strip art and graffiti and tells the story of Jan Kubiš and Jozef Gabčík, the two Czech officers who carried out the attack on 27 May 1942. The story unfolds against an ochre background. 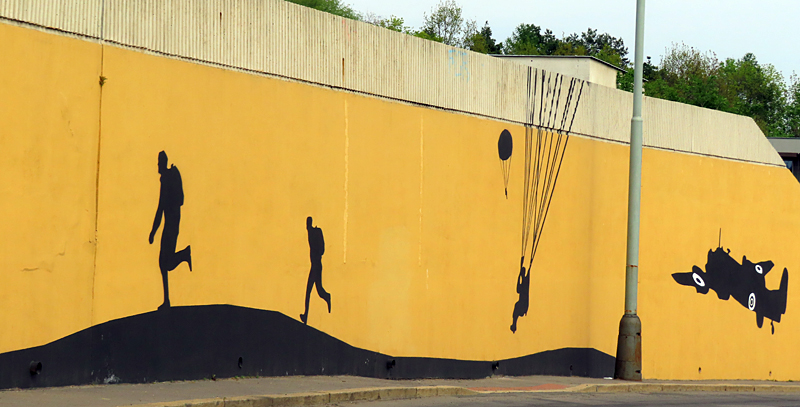 With the help of British special operations, supported by the Czechoslovak government-in-exile, the officers Gabčík and Kubiš were the main players in the preparation and execution of Heydrich’s assassination. They were airlifted from Britain to Czechoslovakia in December 1941, along with seven other Czech soldiers, they found shelter with resistance fighters and carried out their mission five months later.

Following the assassination, resistance fighters hid in the Cyril and Methodius Church in Prague and, after a long struggle, were killed in a firefight there.
Operation Anthropoid was the only government-approved assassination of a high-ranking Nazi leader during World War II. Heydrich’s death sparked a wave of reprisals by Waffe-SS troops, including the destruction of villages, including Lidice, and the mass murder of civilians. 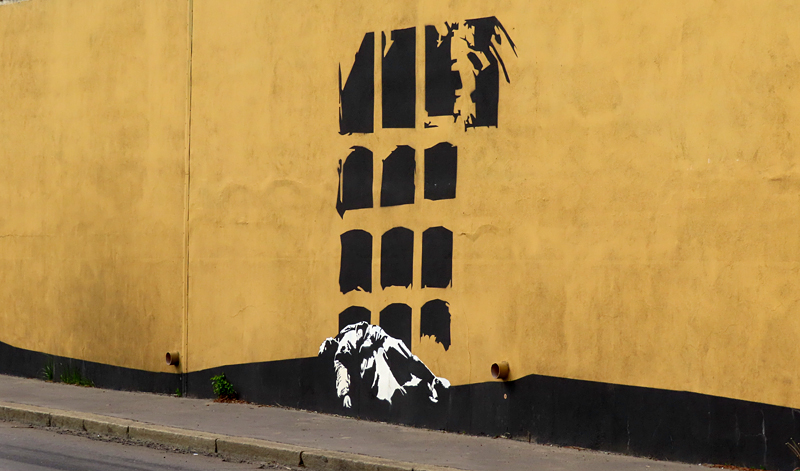 Near the mural on Zenklova Street is another memorial to Operation Anthropoid. Three resistance fighters with outstretched arms stand on a triangular plinth that symbolizes the Czech flag. The rusted appearance of the monument represents the country’s fragility. 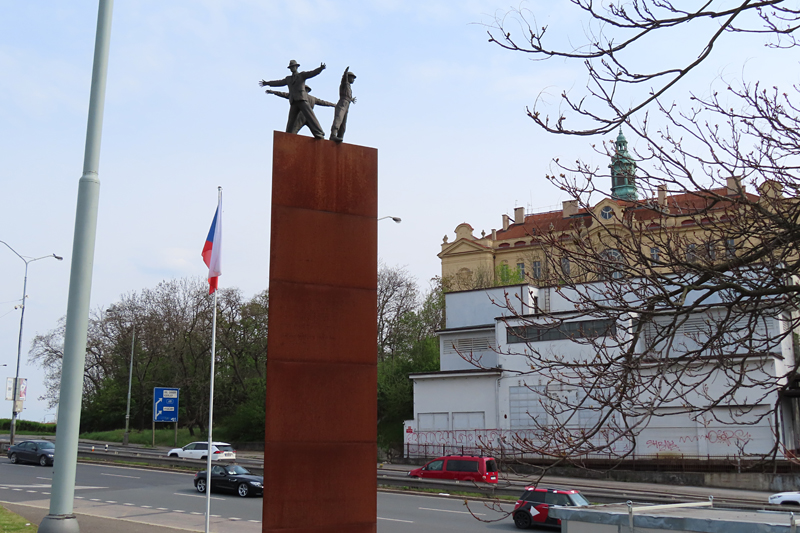 On 30 May 1942, the Germans offered a reward for anyone who would lead the authorities on the trail of the assassins. 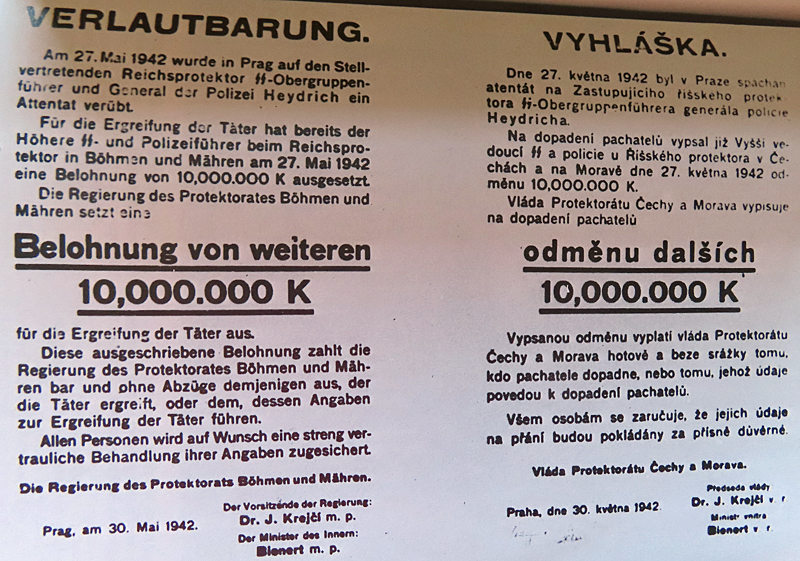 Walk through the tunnel under the tram tracks and Zenklova street, and via a small park to v Holesovickach street. The Anthropoid Operation Memorial is located at the intersection of a number of busy roads.

Further reading
Operation Anthropoid and the assassination of Heydrich