Semmering railway in Prague a scenic ride on a railbus

A ride on the railbus, vláček motoráček, on the Semmering railway line is perfect for train enthusiasts who happen to be in Prague but also for others. This historic train runs in thirty minutes from Central Station via a loop to Zličín. This is ‘Rail Away’ at its finest. The railbus passes through a tunnel, across a railway bridge with a view of Prague Castle, across huge viaducts and through a nature park. It is hard to believe, but you stay well within the city limits during its entire journey. After arriving in Zličín, you can go back to the centre by metro, but it is much more fun to take the train ride in the opposite direction so that you return to the starting point. 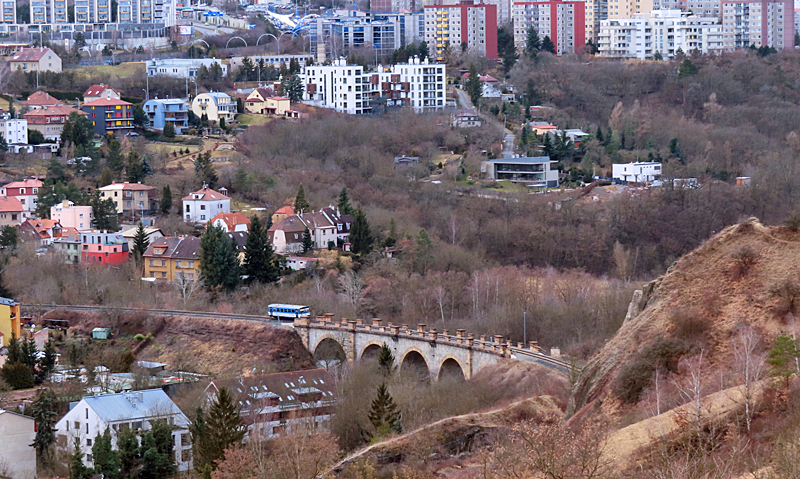 Board the train at Praha hlavní nádraží

The ride starts at Prague Central Station (Praha hl nádraží). This station is an attraction in architecture is a mix of art nouveau and brutalist architecture. The Fantova Hall where the ticket offices used to be is now a café and most impressive part of the station. The group statue on platform 1 is most interesting: Sir Winton with two of the nearly 700 children he saved from the holocaust. More about the Prague Central Station

From Central Station to Smichov

The first part of the ride goes through the Vinohrady tunnel, so there is no view. When the train crosses the Vltava River via the iron railway bridge, the panorama on both sides is impressive. On the right you’ll see the Castle and on the left is Vysehrad. Arrival in Smichov is at the north platform (severní nástupiště), close to Knížecí bus station. 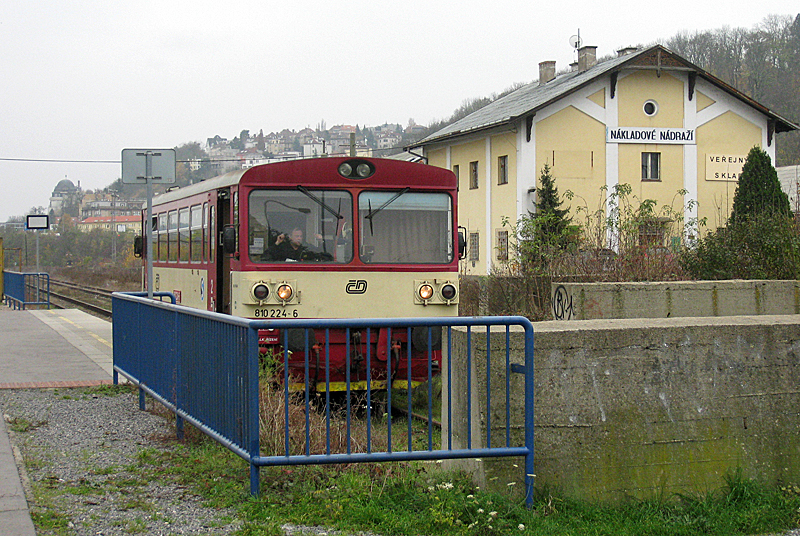 Via a loop through the Prokop valley to Cibulka nature reserve
The Prokop valley, Prokopské údolí, is the most beautiful part of the route. The Prokopský River, which has carved out the limestone rocks, flows through this wooded gorge. From here, the route runs between rocks, past Žvahov and Dívčí hrady and on to Jinonice.

The train descends to the Prokop valley via a U-turn above Zlíchov as the gradient is too steep. The train makes a large loop clockwise and crosses the Prokop valley twice via viaducts. These impressive viaducts are almost two kilometers long and twenty-five meters high. Just behind the viaduct at Praha-Žvahov station, you’ll have a panoramic view of Prague with the Vltava River, the Podolská waterworks, the towers of the Peter and Paul Church on Vysehrad, the skyscrapers at Pankrác and the Žižkov Television Tower. 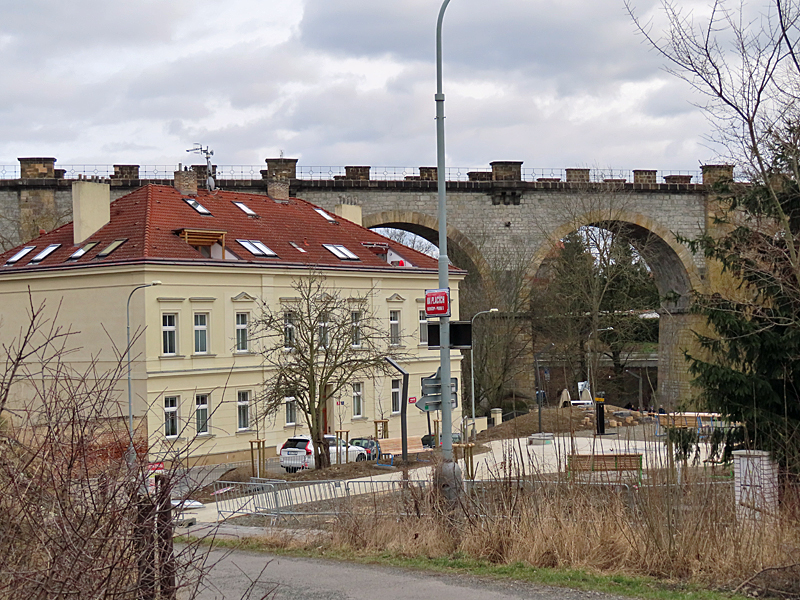 Via Cibulka Park to Zličín

The train continues its journey through Košíře-Motol Cibulka Park and ends in Prague-Zličín. This part of the route is rural, and you almost forget you are still in Prague.

Get off at Cibulka station if you want to walk in the Cibulka nature reserve. In the early nineteenth century, Bishop Leopold Thun-Hohenštejn of Passau converted a farmstead into his summer residence. However, the building and outbuildings are now in poor condition.

The bishop’s park was open to the public and a source of entertainment for Praguers. They strolled through the woods, marveled at the Chinese Pavilion and climbed the look-out tower. The pavilion and the tower have recently been restored. Pay attention to the time as there are only four trains a day. Today, the park he designed has mature trees with full foliage and big trunks. More about Cibulka Park 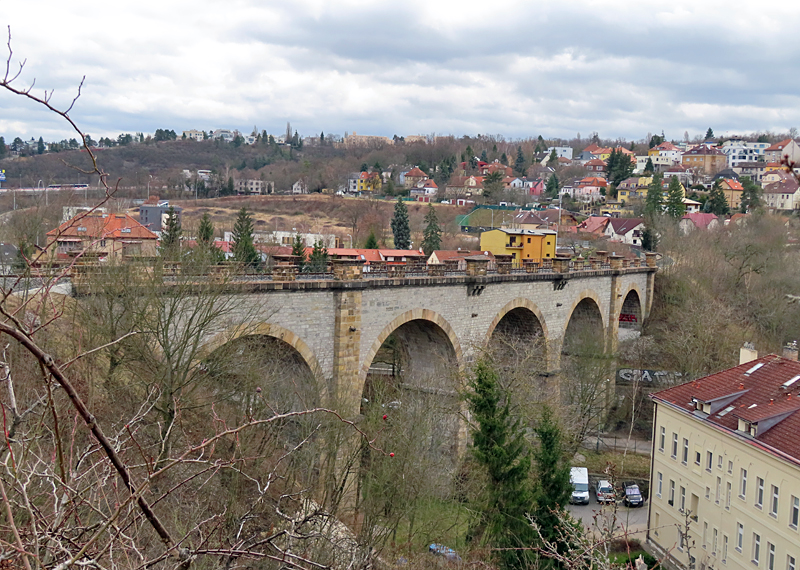 The Prague Semmering is the route from Smíchov to Jinonice. This stretch is 8 kilometers long and two viaducts bridge the valley which is 93 meters down. The viaducts are works of art in themselves. They have decorative elements and multiple arches, one with seven and the other five. The uneven terrain was quite a challenge when the line was constructed.

Between 1870 and 1872, the company Buštěhradská dráha (Bustehrad Railway) had the section built to connect Smíchov train station with Hostivice. It was used for transporting wood from the forests of Lány and coal from mines in the town of Kladno. In the middle of 1873, passenger trains also started running, but there was so little interest that they stopped opereating at the end of the year.

In the 1970s, there were plans to modernize and electrify the track, but they were never implemented. At the end of the 1990s, closing the line seemed to be the only option. However, the line was revived after the 2002 floods. Not only was a large part of Prague flooded, also metro Line B was very much affected and stopped running. The tracks across the viaducts served as a replacement for the metro line and for diverted freight trains. Today, the tracks are still part of the train network. S-trains run on the route with regular trains and at weekends the historic railbus, vláček motoráček, runs as a tourist attraction. 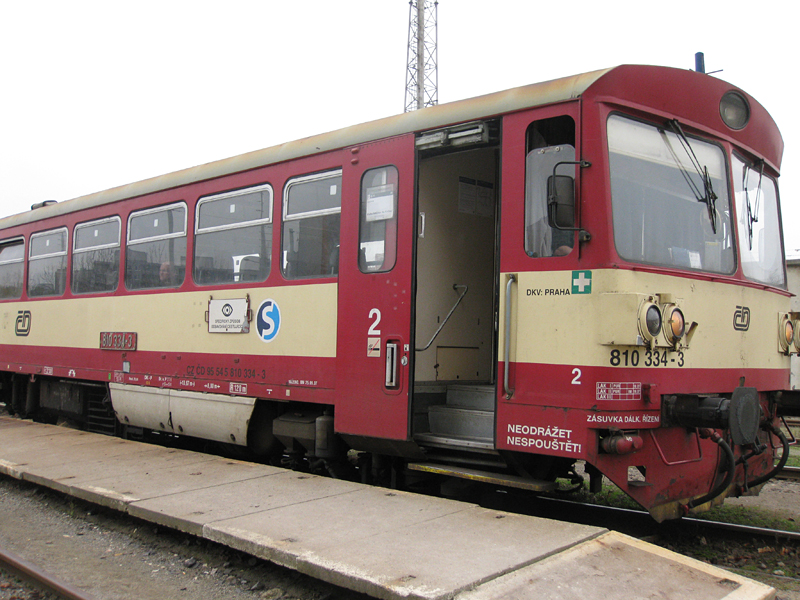 The Pražský motoráček was made between 1949 and 1951 by ČKD Sokolovo Praha and from 1952 to 1960 by Tatra Studénka. A total of 238 railbuses were produced and they continued to run until about 2000. The railbus consists of two compartments with 56 seats with large opening windows and can be very useful when you want to take photos. Several of the original railbuses survived and can be found in railway museums in the Czech Republic. A few still run on the Semmering route in Prague during the weekend.

* For the best views sit on the right side when leaving from Prague Central Station.
* The complete route, from Prague Central Station to Praha-Zličín station is 19 kms and the journey takes thirty minutes.
* In front of train station Praha-Zličín is the tram terminus Sídliště Řepy which takes you back to Prague centre.
* The rail bus only runs on Saturdays, Sundays and public holidays, four times a day
* A 90-minute public transport ticket is valid. The train conductor also sells tickets.
* At weekdays you take S6 train from Praha Smichov to Praha Řeporyje, every thirty minutes and at weekends every hour. This is a regular train, so not the historic rail bus. The train does not go through the tunnel or across the railway bridge, but it does cover the Prokop valley loop.