Zizkov television tower soars 216 metres into the air and is the tallest building in Prague. Since 2001 ten giant babies have been crawling up on the outside of the tower. These babies are the work of the Czech artist, David Cerny, famous for his controversial works of art. A swift elevator whisks you in 38 seconds to the observatory floor at 97 m. This floor consists of three cabins which all three have different themes. All three offer sweeping views of Prague. If money plays no role, stay the night in the one-room hotel located in one of the cabins clinging to the tower. Have you lost your way during your city trip to Prague? Don’t despair! because Zizkov television tower is your beacon. 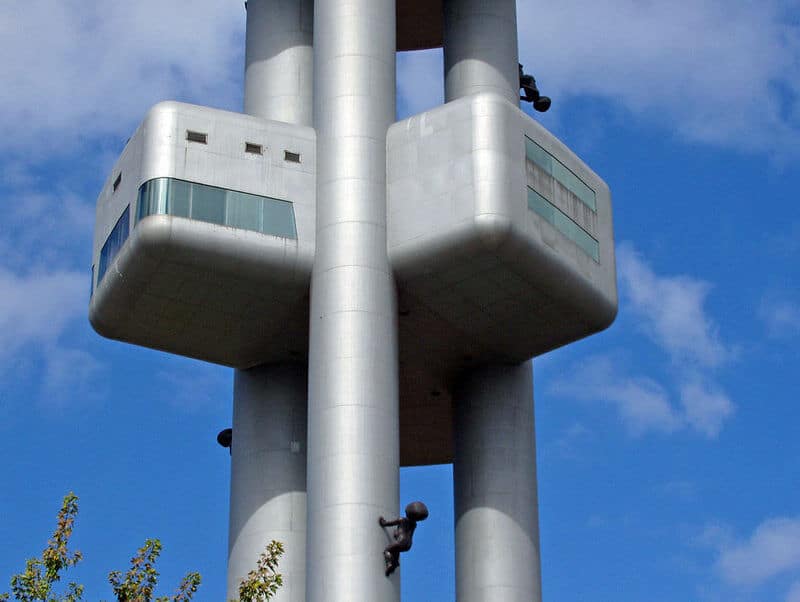 Zizkov television tower was the futuristic dream of the Communists and resembles a space rocket ready for launch. Construction of the tower began in 1985 and the building was intended as a jammer for West German radio and television transmissions. As the television tower became operational only after the fall of communism, it was never used for the purpose it was built for.

Today Zizkov television tower is a transmitter in the middle of Prague for TV, radio and emergency services. The tower is special because of its viewing platform, its café-restaurant with a panoramic view of Prague and its one-room hotel. The Oblaca Restaurant, bistro and bar is located 66 m above ground and occupies an entire floor. Wherever you sit, you are sure to have a spectacular 360° view.

The one-room hotel is a novelty. This exclusive and very expensive hotel room is situated in one of the cabins clinging on to the tower. If you decide to break the bank stay one or more nights in this hotel with its room exquisitely furnished with period furniture, with a Hästens bed and a sumptuous bathroom with a view over the city. 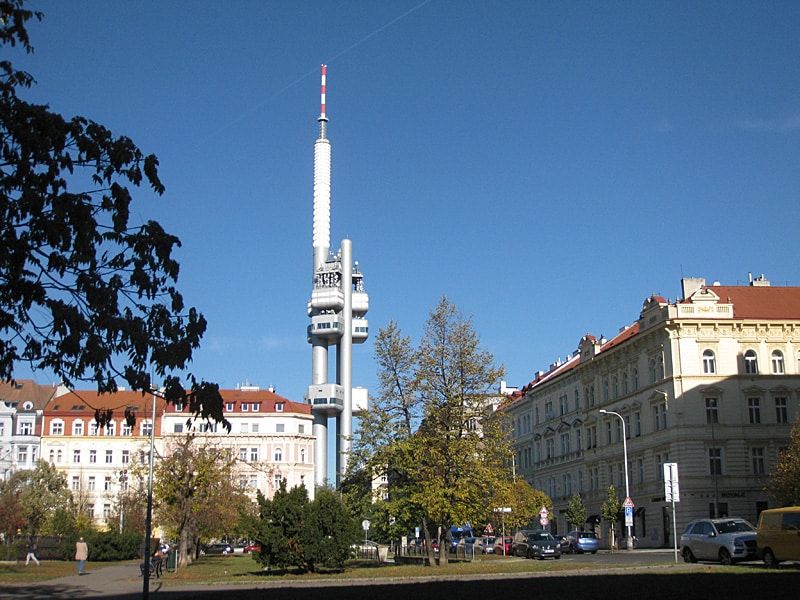 The crawling giant babies were the eye catching feature of the Zizkov television tower for sixteen years. In 2017 they were removed. Prague city council returned the sculptures to Cerny and asked him to make new ones that would resist wind and weather. Especially the gusts of wind blowing around the 216 meter high tower caused a lot of damage to the sculptures. In 2019 the new babies arrived that look exactly like the old ones.

The crawling babies have bar codes instead of a faces and are made of fiberglass. The statement that Cerny wants to make is: dehumanization of society. A number is given to everyone and the person himself is of secondary importance. Cerny used the most precious thing to humankind, a baby, and replaced the face with a bar code. You can find three identical crawling babies at the Kampa museum near Charles Bridge. They are very popular with children who climb on them and tourists who make selfies. 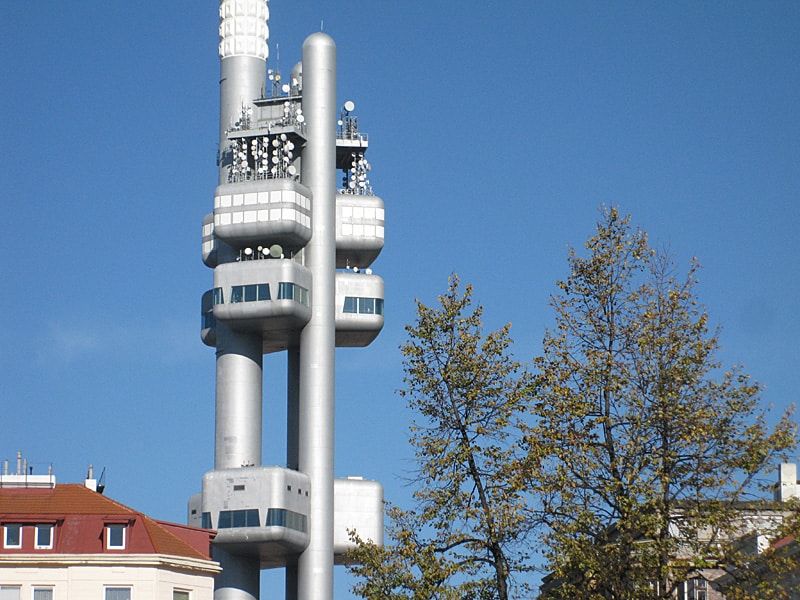 Zizkov television tower is in Zizkov, a lively district with many pubs, bars and restaurants. Places of interest in this neighbourhood are the National Memorial on Vitkov Hill, the Army Museum, U Památníku 2, Church of the Most Sacred Heart of our Lord and Zizkov Jewish burial place. 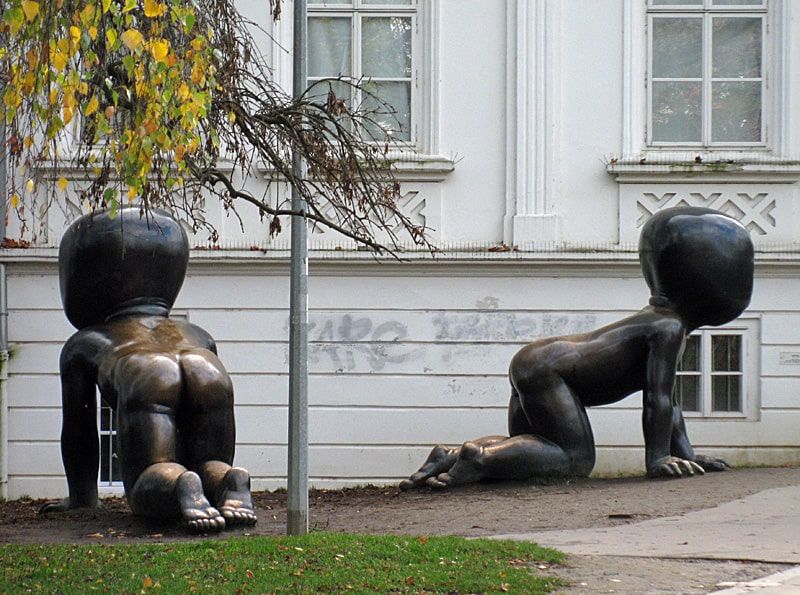