Platyz Passage in Prague is easy to overlook because of its concealed entrance. Once, a grand tenement building in the city, and now an inner courtyard with shops and cafes. Platyz Passage, on Narodni shopping street, was originally the courtyard of the Palace of the German-Bohemian family Plateis von Plattenstein who lived here in the seventeenth century. At the beginning of the nineteenth century, the palace was renovated in Empire style and the halls and rooms were converted into luxury apartments. It was said that the then owner of the tenements earned one gold ducat per hour. in today’s money €100! 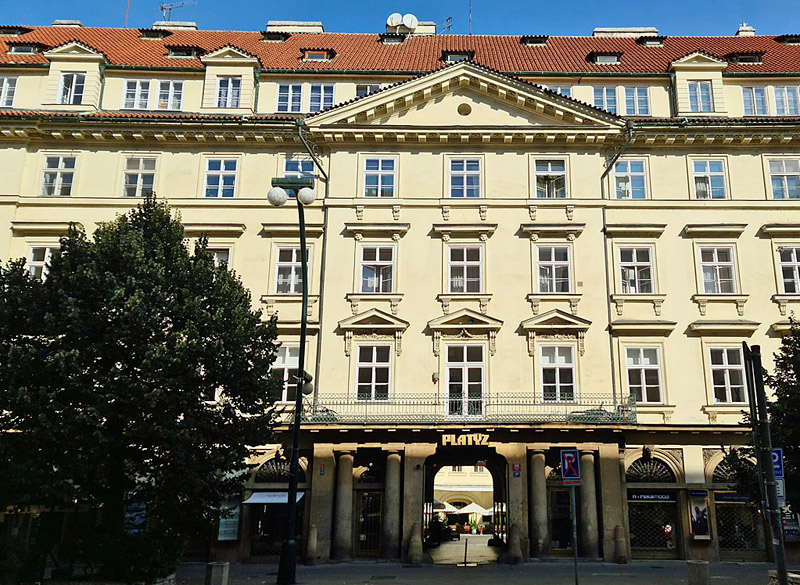 Today, Platyz Passage is home to a number of shops and cafes. Most storefronts are in 1960s style with rounded corners and trimmed with copper strips. Ornamental paving with small stones laid in geometric form complements the surrounding buildings. The number of shops in Platyz Passage is limited, but enough to have a look around. Here you will find Villeroy & Boch for table and glassware. Browse the retro fashion in Vintage Fashion Quasimodo, trendy second-hand clothes at very reasonable prices. A tiny Fashion Design shop right next to the entrance sells trinkets. Zlata Lod  for art supplies from tubes of paint to brushes and crayons. Pratique is an attractive gift shop offering an interesting range of handmade souvenirs. Cafe Platyz serves 100% Arabica coffee, strong and fragrant and carrot cake to complement the experience. Enjoy Italian dishes and pizzas at the Pizzeria Modra Zahrada. 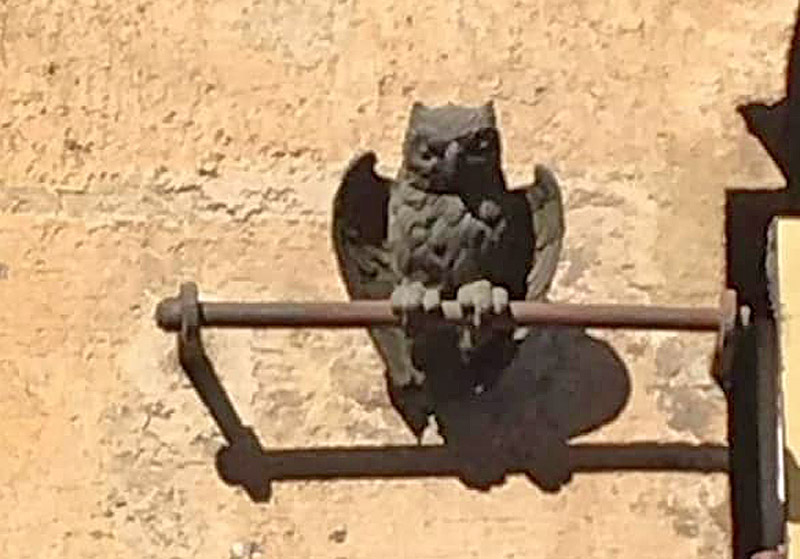 Platyz, the owl and the first parking meter

To the left of the main entrance to Platyz Passage on Narodni Street, you will see a metal owl perched on a bar that is said to be the first parking meter. Today, the owl always looks straight ahead, but that was different two hundred years ago. In those days the palace stables with horses and carriages were located in the Platyz passage. When too many carriages were parked in the courtyard, the owl looked down and the coachman knew he could not enter. The guard stones at the back entrance on Rytirska Street prevented the carriages from damaging the portal when entering. 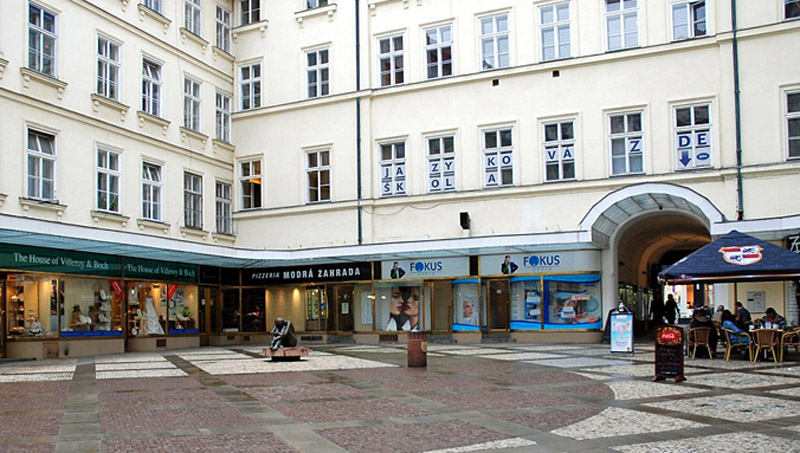 Platyz Passage is located on Narodni Street. The entrance is slightly difficult to find as it resembles the entrance to a private house. Platyz is in the block between Narodni, Perlova and Na Perstyne streets. It is on the right side of the street when walking towards the National Theater and the Vltava River.
Address: Platyz passage, Narodni 37, Nové Město, Prague