Funicular railway, best way to get to the top of Petrin Hill

Funicular railway is a fun way to get to the top of Petrin Hill. This cable car starts at the Ujzed tram Stop, on Ujzed Street in Malá Strana and slowly climbs up to the top of the hill. Halfway the up-train and the down-train meet at the Nebozizek stop. You can get off here; enjoy the view with a cup of coffee at the Nebozizek Restaurant and walk up to the top. Or simply take the next train for an even better view of the Vltata River and the Stare Mesto district. A path starts at the terminal station leads up to Strahov Monastery and Strahov Library Museum or stay near the station and walk to the look-out tower and the mirror maze. 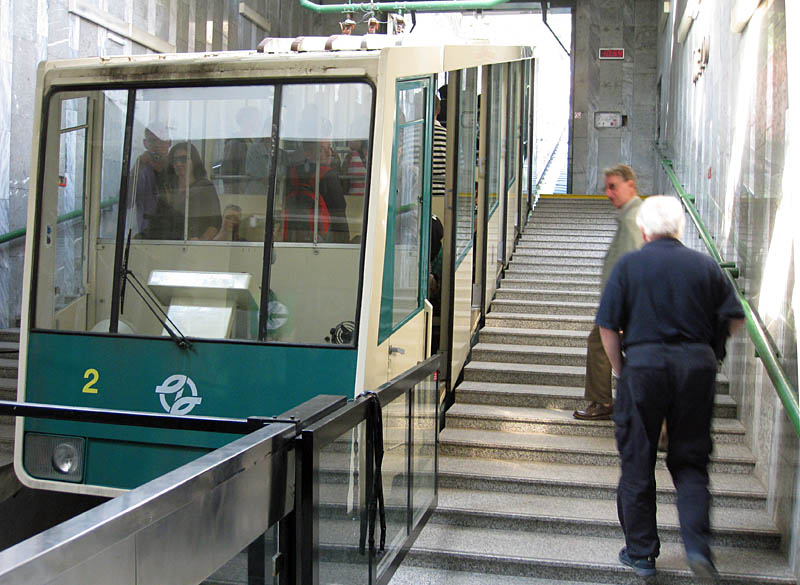 How often the trains run depends on the season and time of day, in principle they run every 15 minutes. The funicular is not part of DDP, the regular public transport in Prague; however, a 24-hour DDP ticket is valid. You cannot use a DDP ticket that is valid for a shorter period of time. In that case you will have to buy a one-way ticket from the cable car ticket machine. Regular inspections take place in spring and autumn when the funicular is out of operation for about two weeks.

At the upper station, part of the engine room is visible behind a glass wall. You will see a slantwise placed wheel with a diameter of 3 metres that leads a steel cable. Behind this wheel is a smaller propelling wheel joined to the engine that pulls up the cable car. 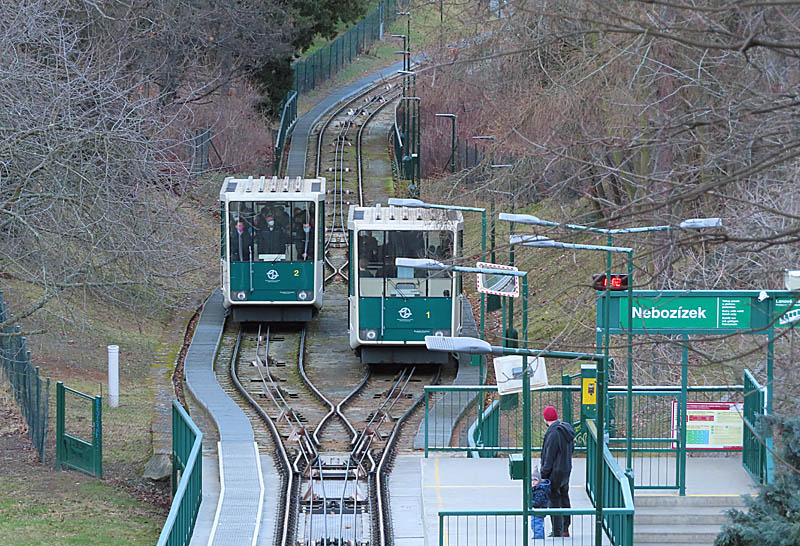 The cable car, lanová dráha na Petřín in Czech, is now electrically powered. When the funicular was put into operation in 1891, the difference in height was bridged by hydropower. The trains were equipped with a water tank filled at the top station and emptied at the lower station. The trains going up were propelled by the weight of the carriage going down. In the 1960s, the water tanks were removed and from 1985 the trains run on electricity.

The funicular stopped operating in 1916 due to World War I. In 1932, after it was electrified, the cable car started operating again. It closed again in 1965, this time because of a landslide on Petrin Hill. It has been running continuously since 1985, with the exception of closures in the spring and autumn for maintenance. 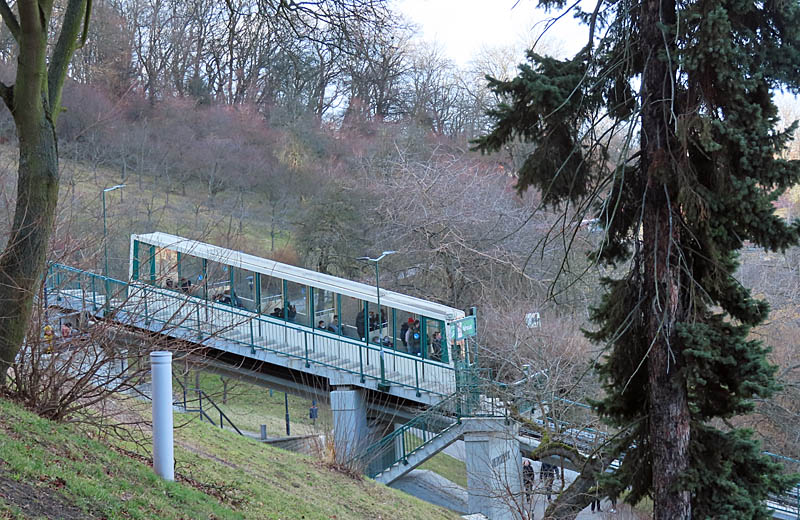 The carriages have a lifespan of about thirty years, wear and tear and new techniques are the main reason to replace them. In 2023, a new type cable will come into operation. 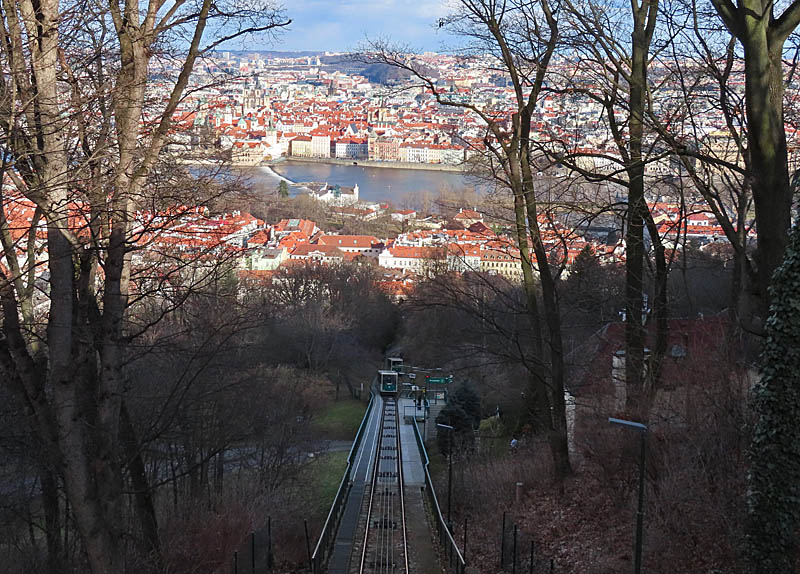 The Petrin Hill Funicular has three stops: the lower station at the bottom of the hill, halfway at Nebozizek station and the upper station. The lower station, near Ujzed tram stop, is located in a Baroque house. 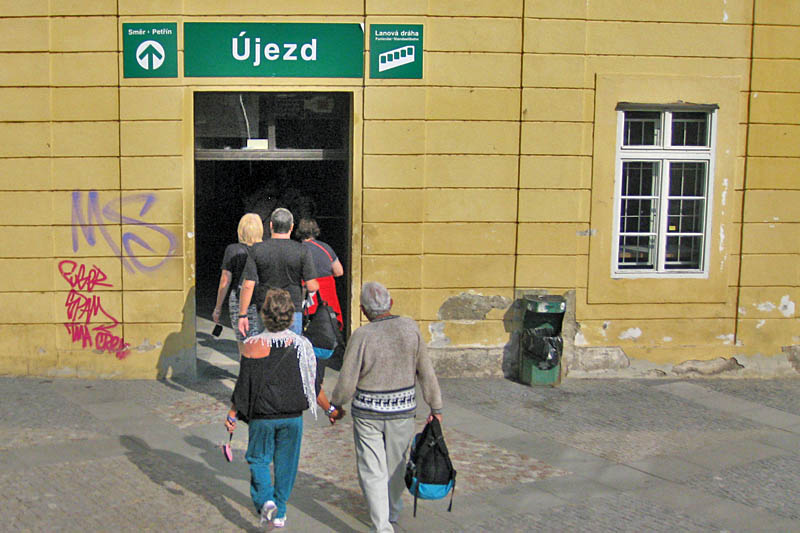