Hop-on hop-off tram is much more fun than the hop-on hop-off bus! Especially for tram enthusiasts because all trams on this route are historic models that once crisscrossed Prague. The hop-on tram principle is the same as for the hop-on hop-off bus. You buy a ticket that is valid for 24 hours and you can get on and off as many times as you want, all day long. The trams start and end at Prague Castle and run a (fairly) large loop through the centre, all stops are near places of interest. 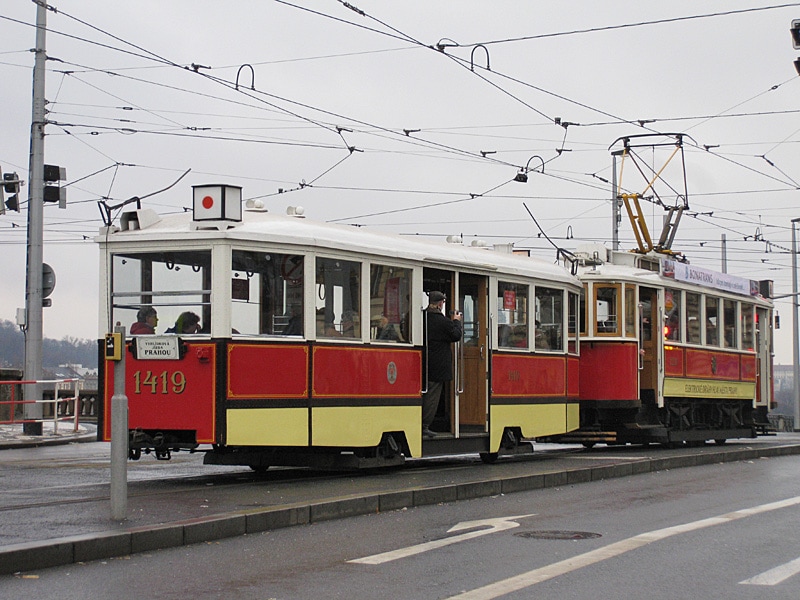 Ordinary DDP (Prague Public Transport) tickets are not valid on this route. It is best to buy a ticket online.

How does the hop-on hop-off tram work? 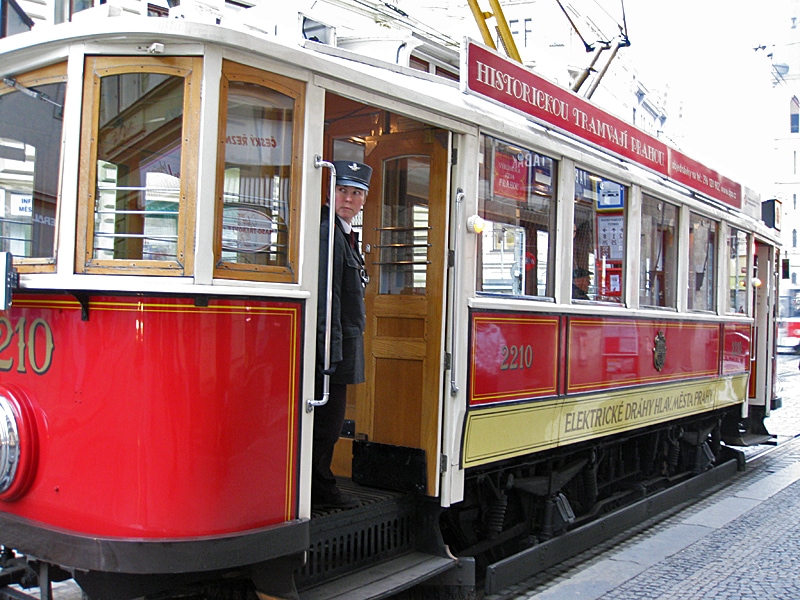 Which type of historic trams?

Every tram in Prague has a serial number: the lower the number, the older the tram. The following trams run on the hop-on hop-off route:

Tram 240 and 351
The oldest trams, they were in service until 1918. This type was also used a snowplough and service car.

Tram 2172
This tram was popular at the time of the First Republic (1918-1938). Technical gadget was the twin-axle system

Tram 5002
This T1 tram made by Tata and inspired by the American streettram design from the 1950s. There are only two of these trams in Prague.

Tram 6102
The oldest preserved T3 tram. The T3 ran in all cities with trams in former Czechoslovakia. There were more than 1,000 of these trams in Prague. A modernized version is still part of the Prague tram fleet. They are also popular in many countries of the former Eastern Bloc.